Corpsessed bounces back with a new album. 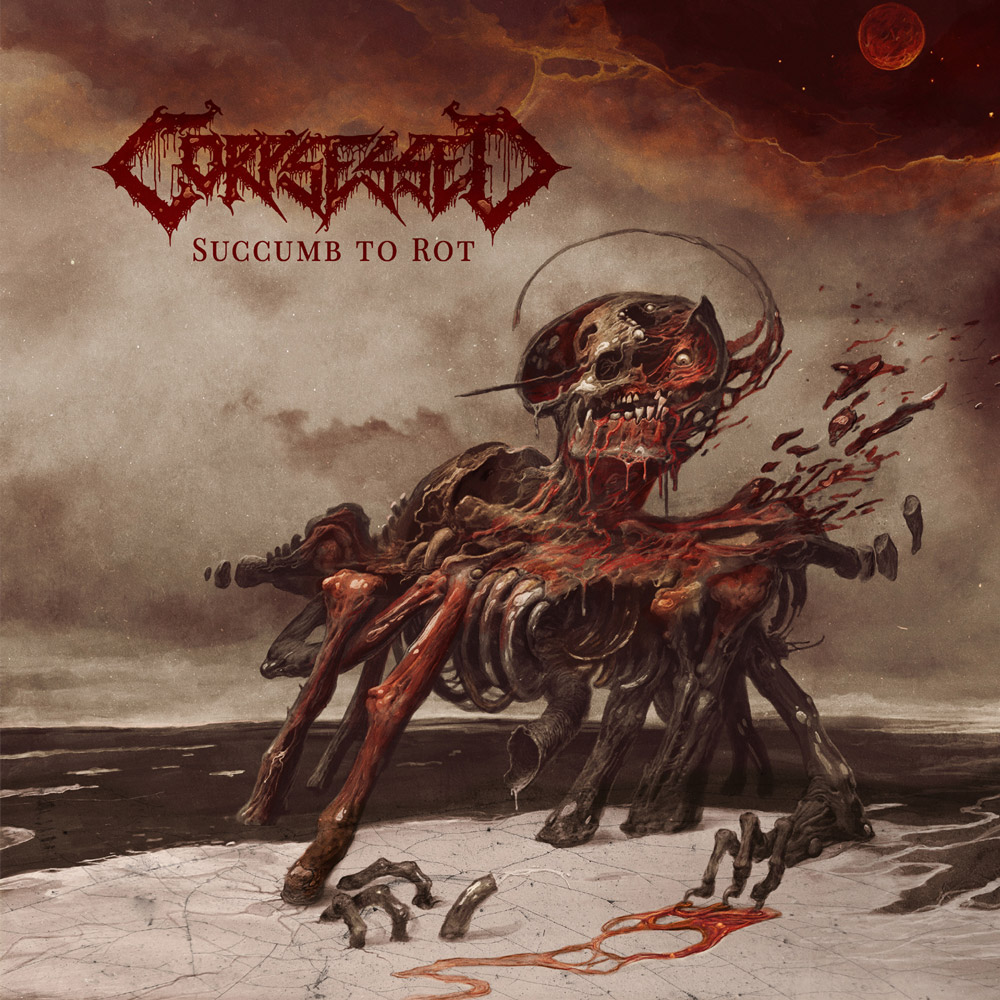 The album begins with Succumb to Rot, a short introduction which sets the basis of this solid sound with sharp leads before Relentless Entropy strikes with a raw energy and abrasive riffs. Blast and bestial howlings are also part of the bill, then ice-cold harmonics join the slaughter, which will eventually slow down to become suffocating. Energy reborns with Death-Stench Effluvium and its high tempo, which lets those dissonant and thick riffs rage under massive howlings which barely slow down, then Spiritual Malevolence unveils heady leads which perfectly stick to the dark and mysterious ambience on the introduction. The band places effective and very rhythmed riffs to feed their powerful Death Metal before unveiling an oppressive dissonance, while Calling the Void comes to strengthen the Old School massive and hooking sonorities. The song seems unstoppable, placing piercing leads on this crushing basis coupled to impressive vocals, while Sublime Indignation unveils an unhealthy and very catchy groove which welcomes dissonant harmonics. The band clearly plays with oppression on this weighing song, which drives us to Profane Phlegm and its slow introduction, which eventually explode to let us enjoy the destructive blast. Death/Doom influences will be here for the break, then the wave of violence carries us to Pneuma Akathartos, the last composition, which will place quite diversified influences over the thick rhythmic, making it accelerate or slow down.

Unsurprisingly, Corpsessed handles Death Metal as it wants. Whether it is Old School, slow or rather fast, you will for sure enjoy the sound of Succumb to Rot, one way or another. Let oppression invade you.