Drift Into Black us already back with a new album. 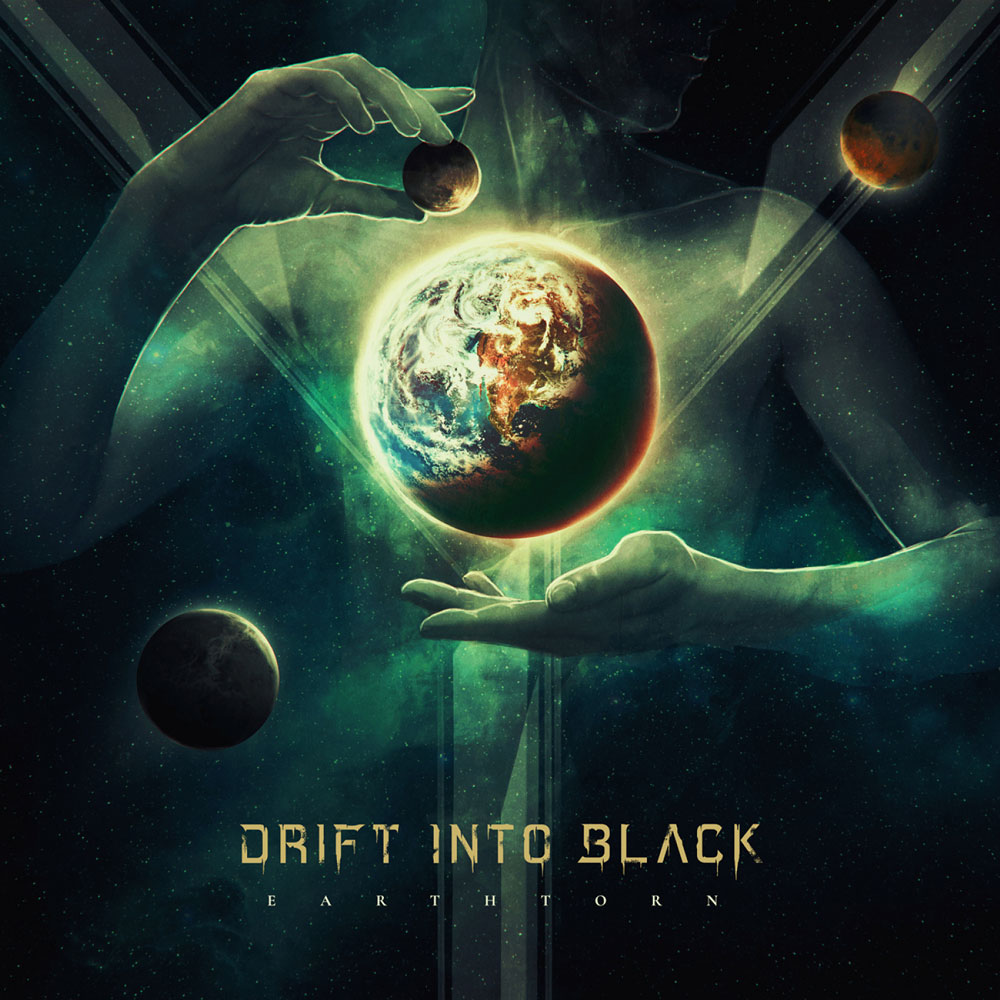 The album begins with the seizing melancholy of Good Mourning Earth, one minute of keyboards and worrying samples which drops us on the weighing It Fell From The Sky, a heavy composition which welcomes very ambient clean vocals, quickly joined by more raw elements and massive howlings, but also heady harmonics. The majestic and aggressive sound follows on the dark The March To Oblivion, a song with intense contrast which offers some abrasive roots and more modern sonorities to accompany the vocal diversity. Angel Of Doom offer us a moment of respite with its introduction, which slowly moves forward on this dissonant rhythmic with more energetic drums, then the final break calls for a burning rage before Ghost On The Shore offers a short soft and mesmerizing composition. The sound finally lets us go to The Ups And The Downs, a very calm track which unveils complex and hooking Prog elements before calming down a lot with haunting tones which drive us to Weight Of Two Worlds, the longest composition. Nearly ten minutes during which the band will pick into some Old School roots of Gothic Doom while adding its touch and its hooking contrast, which lets violence and quietness express themselves. The melting lets place to Left To The Burning Sun, a lighter song which highlights the calm elements before breaking them with powerful elements, but also with catchy percussions, then On Borrowed Time makes us sink into a weighing melancholy while unveiling an intriguing blackness. Once again, the vocal contrast leads the game, before melodies dominate the last moments, leaving us with Mankind, the last song. Quite majestic, the instrumental composition will close the album into this soft and weighing melancholy.

Even if Drift Into Black never rests, it is obvious that their compositions are interesting. Earthtorn offers us a majestic, weighing and melodic melancholy which can only talk to you in a way or another.