The band called upon the Prague Philharmonic Orchestra for the orchestrations and Libro Coro for the choirs. Psychon (Nyne, ex-Eternity) is their live guitarist. 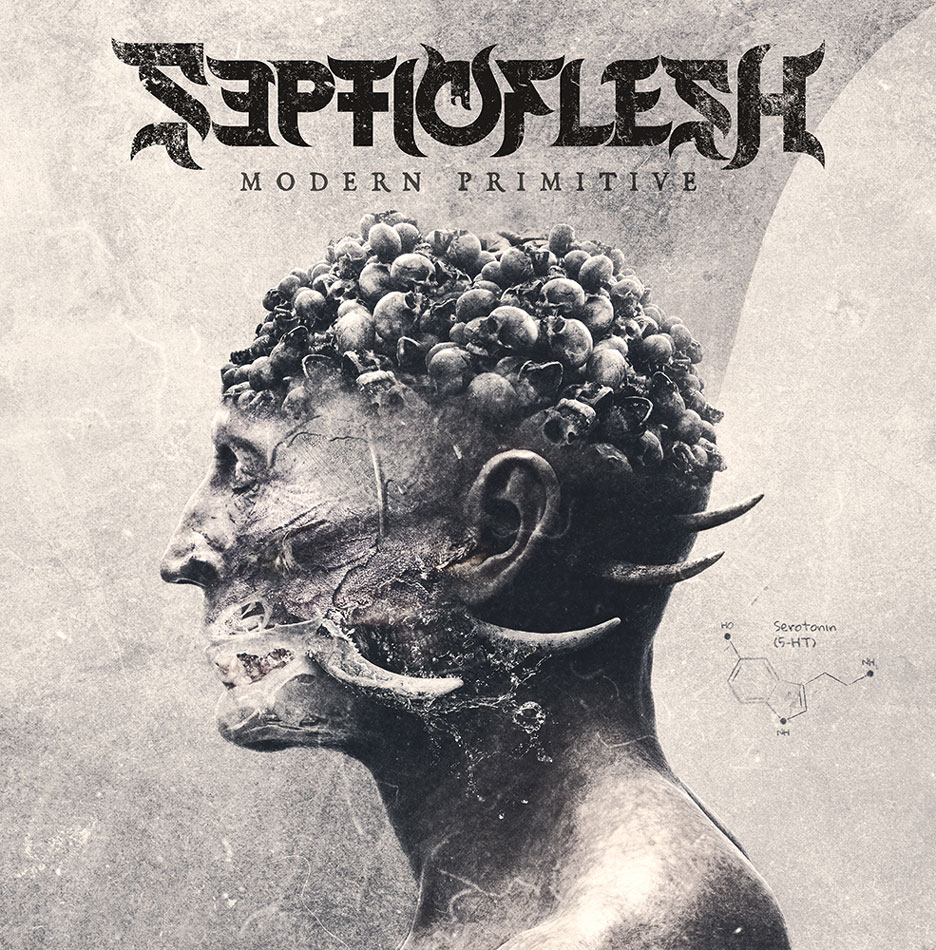 The album starts with The Collector, a track of which mysterious introduction and bewitching choirs lead us to the imposing rhythmic and its infernal orchestrations, on which the voices settle with violence. We recognize the powerful screams, but also this dark touch in the leads and the clear vocals, then Hierophant comes to crush us with its massive heaviness. The choirs coupled with the calm orchestrations offer us a contrast as intriguing as striking, letting the finale and its blast lead us to Self Eater, a composition with tragic accents but still quite accessible. The devastating vocals give a more powerful dimension to the effective riffs supported by the orchestra, which is in the spotlight at the end, right before Neuromancer offers us a short moment of respite before the groovy rhythmic comes to make us shake our heads. Once again, the band establishes an impressive contrast between the different elements of their music, then Coming Storm brings us back to a more raw and jerky foundation. The track is very energetic and heavy, but it will eventually calm down with this symphonic break to bring back a very melodic darkness that will give way to A Desert Throne and its soothing tones. The track will not take long to place more aggressive elements before Modern Primitives comes to reveal a massive rage supported by very expressive orchestrations. The riffs remain very effective, offering a heavy sound that suits as much to the screams as to the clear vocals, then it is the violent Psychohistory that comes to hit us with some Djent influences. The track is certainly the shortest, but it easily wins the prize of the most powerful track of the album, or even of the discography of the band, which will close this chapter with A Dreadful Muse and its haunting influences. If the base of the song remains very effective, the accent is put on the melancholic leads and heavier orchestrations than usual, feeding this funereal atmosphere.

It’s no surprise, Septicflesh has been reigning supreme in Symphonic Death Metal for years. Modern Primitive is the perfect example of what the band can offer in terms of intensity and power while offering us a constant sound fueled by those divine orchestrations.