The first album of Veriteras is out.

Created in 2019 in the United States, the band released two EPs in 2019 and 2020, then announces Shadow of Death for 2022. Santtu Winter (guitar/vocals), Sean Osterberg (guitar/vocals), Jeff Smith (bass/vocals) and Jason Gooselaw (drums) are ready to deliver us their Melodic Death, in the company of Don Gunn (keyboards). 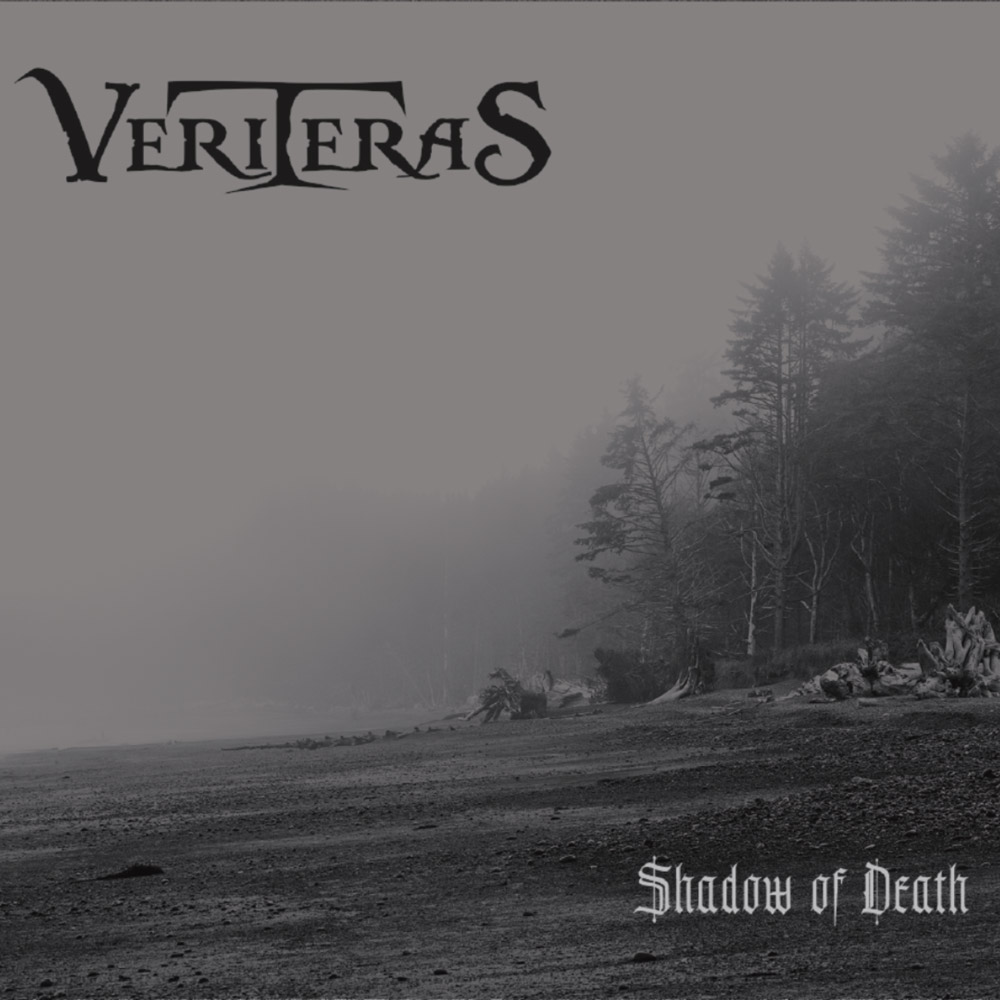 The album begins with Forever Enslaved, an as melancholic as aggressive and hooking composition which is anchored into the style’s roots. On vocals, the band stays on something raw, just like on Twilight and its complex harmonics. The abrasive sound is still very effective, offering a cold and powerful rage which can place the most haunting elements while Dust to Dust has everything of a war machine. The song is perfect for live shows, offering devastating parts as well as majestic solos, then Endless Unknown will let a mystery veil soar on the weighing sound. Rage won’t take too much time to come on the heady output, creating a suitable atmosphere for headbang just like on Suomela and its impressive coldness. The dark energy will also be part of the game, offering sharp leads and hooking Folk roots on this long composition as well as on Slave to Fear and its magic keyboards. The contrast with the raw rhythmic is impressive and interesting, creating this vortex of coldness and rage with undeniable influences which makes us land on As the Darkness Falls, a quite similar composition which unveils quieter choirs. The song sinks into rage before letting Barren, a more progressive song, come over and offer an interesting dissonance and Black Metal influences. The song ends with violence before Death Machine, a colder composition, close the album without getting rid of those aggressive influences.

Veriteras is anchored into a very Old School style influenced by Melodic Death Metal’s greatests. Even if Shadow of Death will not refresh the style, it will be heavily appreciated by the Swedish scene connoisseurs, and offer ice-cold riffs.