Come to Grief introduces us to its first album.

Created in 2014 by Terry Savastano (guitar/choirs, ex-Martyrvore) and Chuck Conlon (drums), two former members of Grief, the band is completed by Jonathan Hébert (guitar/vocals) and recently Jon Morse (bass). After two EPs and a split with Fistula, the band releases When the World Dies at Translation Loss Records. 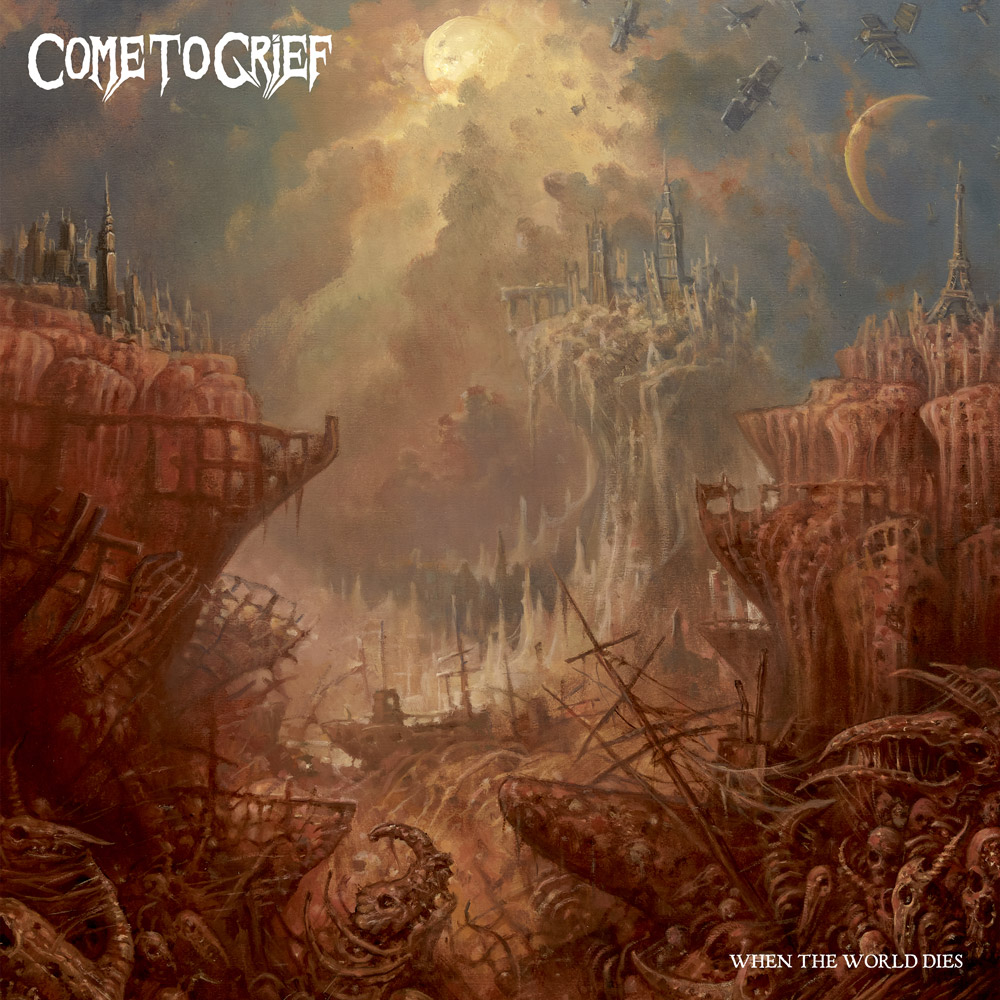 The album starts with Our End Begins, an introduction which places the basis of this massive and unhealthy Sludge/Doom saturation. The oppressive slowness lets place to Life’s Curse, a composition which also offers abrasive howlings to walk with the crushing but super hooking rhythmic. The dirty sound is quite effective and dark, and it only ends to let Scum Like You come next with a worrying introduction, which turns out as very groovy and abrasive riffs. Percussions and bass add a very weighing basis to those heady leads and tortured vocal parts, while Devastation Of becomes slightly more energetic and threatening. Riffs are more straightforward and offer dissonant harmonics, then When the World Dies wears impressive and disturbing effects to build its haunting rhythmic. The very slow sound lets some leads, from guitar or bass, bring hooking sonorities before the sound chokes and lets place to Bludgeon the Soul / Returning to the Void, an impressive and quite long sound which allows the band to include more vocal parts than usual. The solo announces the end of the song, right before Death Can’t Come Soon Enough, the longest track, tolling the final of the album with an always as greasy as slow sound, but we can still have some more energetic and weighing parts. After a very martial final, the band drops the arms, leaving us with a total void.

For Sludge amateurs, Come to Grief is a treasure. The band will not remake the style, but they will be an effective pick instead with When the World Dies and its apocalyptic blackness, its heady heaviness and its several piercing influences.