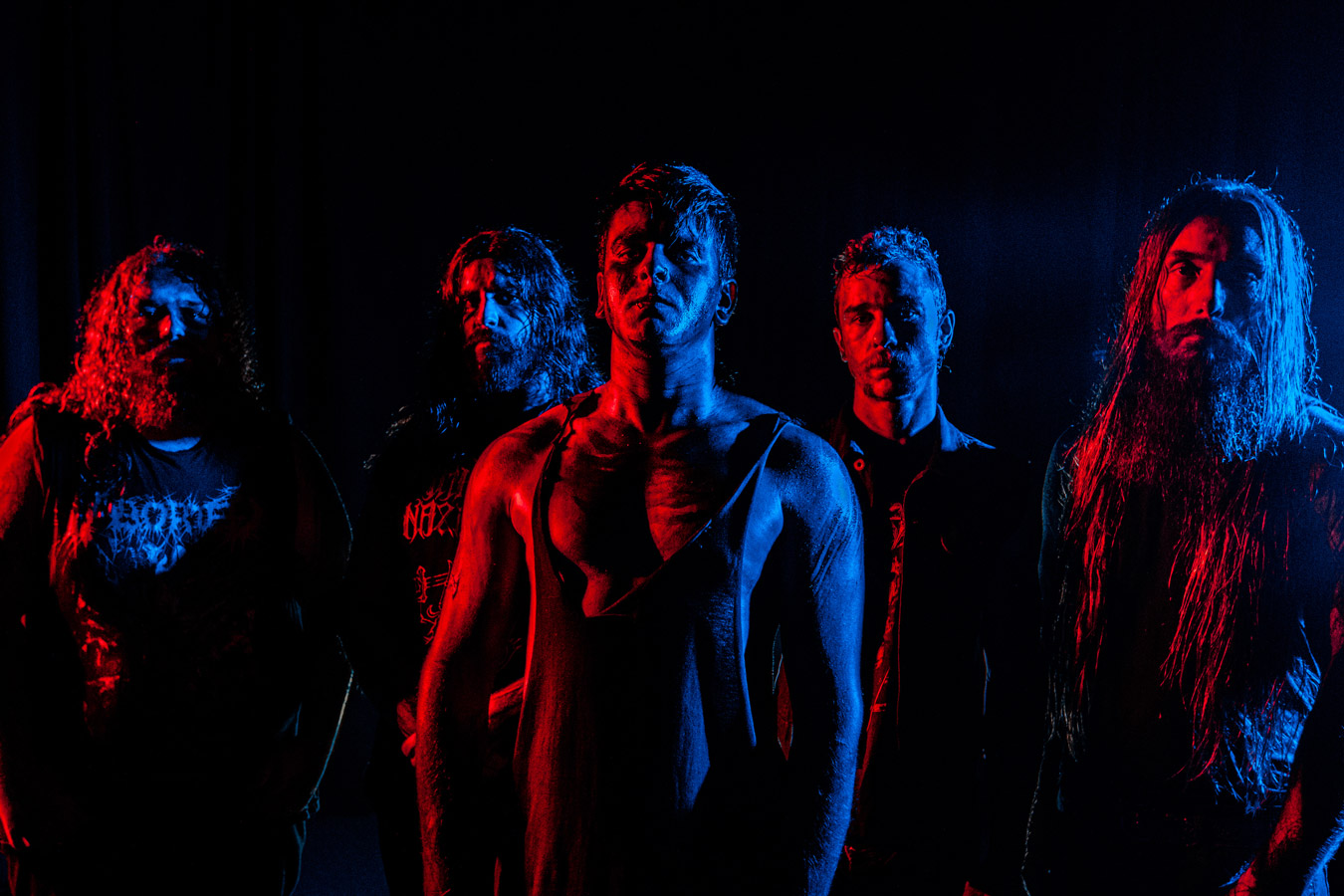 Alex Snape, guitarist of the Melodic Death/Black Metal band Unbowed, answered my questions about Colour the Soul, their new album.

Where does the band’s name come from, and what is its link with your music?
Alex: We got the name Unbowed from the Primordial song Bloodied Yet Unbowed. Primordial are a major influence on us as a band and we’ve tried to carry the mantra of Bloodied Yet Unbowed through everything we do. One day when our singer Ioan and I were in highschool trying to come up with a band name, he texted me just the word Unbowed and we both knew it was right.

You are about to release Colour the Soul, your new album, how do you guys feel about it?
Alex: We are extremely excited to release Colour the Soul upon the world! Everyone who has heard the singles or heard a preview of the whole record has been incredibly receptive to it. We couldn’t be happier with how much people are enjoying the new material and we’re just excited to keep pushing and promoting it.

How does the composition process happen? Was it different from your previous releases? Did you have some guidelines for the artwork?
Alex: For this album it was a bit different from normal since we had to do a lot of file-sharing in order to get our ideas back and forth. We wrote the majority of the album in 2018 while I was living in the UK studying music production. So a lot of the composition part of the process was done separately, but just keeping focused on a common goal helped guide the material in the right direction. Once we had the foundation of the songs laid out, Ioan our singer and Steve our other guitarist came over to the UK and we finalized a lot of the songs together. Writing the music in a different setting and in a different country definitely had a massive effect on the sounds we created and I think it made the record stronger and a lot more unique as well.

When I listen to the album, I feel a lot of contrast between raw aggressiveness and some more appeasing parts. How do you melt all your influences together?
Alex: That is definitely a combination we are striving for! We want the aggression, the energy, and the urgency of extreme music to be the vessel for the melancholic themes and melodies we want to put forth. It’s always a bit of work to get these two sides of our music to gel with each other completely, but I think we always find a unique way in order to straddle the line between extremity and beauty.

I also feel this contrast in vocals, how do you decide which voice to use?
Alex: For us it’s all about balance and knowing what is appropriate for the mood we are trying to create or put across in our music. I think with certain parts in our music it just feels right to have a more melodic vocal part, especially the more sprawling and open sections of songs. However, when things are extreme we want them to feel very extreme. Sometimes things need to be blasting and screaming in your face, but there are other feelings we want to explore in our music which definitely don’t require that level of aggression.

What are your inspiration roots to create music and lyrics? Whether they are musical or not.
Alex: My roots as a musician come from a lot of 90s music like Grunge and Punk-Rock. The only reason I play guitar in a band is because of Nirvana and Kurt Cobain. So I suppose those are my roots when it comes to creating music and what got me interested in it all in the first place. When it comes to the lyrics, they are all written by our singer Ioan. Ioan’s been writing since he was a child and we’ve explored so many themes together in this band now. When we put out our first EP back in 2013 we were singing about things like Welsh and Norse mythology. Now with Colour the Soul we’re exploring Carl Jung’s ‘map of the soul’ on 10 songs.. So things have changed but also stayed in the same vein, depending what way you look at it.

You have two guests on the new album, Frederik Jensen and Mathias « Vreth » Lillmåns. How did you ask them to participate?
Alex: We were actually lucky enough to get three guests on this album. The first of which being my friend Frederik Jensen. Frederik and I studied music production in the UK together and got to jam a few times back then. As soon as I saw him play guitar I knew I wanted to collaborate with him somehow, and he was kind enough to lay down an absolutely beautiful guitar solo on our song The Holy Momentum.
The second guest we got on the record was our friend Joel Violette. Lots of people in the Metal community will know Joel’s work with Thrawsunblat and Woods of Ypres. Both of those bands are massively important in the underground Canadian Metal scene, and Joel’s work has been an influence on us since our very first release. When we released our first EP in 2013, we sent a copy to Joel for him to check out. He was kind enough to listen to it for us and ever since then has supported us on our journey. Joel is also an amazing keyboard player as Woods and Thrawsunblat fans will know, so he was kind enough to create an organ interlude for our album. We sent Joel the album and he was able to sit with the material for a while and get into the vibe of the record. Once he sent us the first draft of the song, we were absolutely blown away by how effectively he channeled the mood of the whole album into one piece.
The third guest we had on the record was the incredible Mathias “Vreth” Lillmåns from Finntroll. Since the start of our band, we’ve all been huge Finntroll fans. Mathias’ vocal work has always been absolutely outstanding and something we’ve looked up to and admired as fans and musicians. We reached out to Mathias to see if he would be up for doing a guest vocal spot for us and he was incredibly accommodating and professional every step of the way. His performance on our song Umbra Cruciata still gives me goosebumps every time I hear it. To hear a voice that you’ve loved and listened to for so many years singing on your own music is a very powerful feeling.

The Mourning Shade is the final and the longest track, what is its story?
Alex: We often like to end our albums with a long song with a long outro. It just feels right to us! The Mourning Shade sort of musically summarizes all of the moods previously heard on Colour the Soul, and ties it all together into one track. We like albums that can be played over and over again, and I think The Mourning Shade can very nicely fade and return back to the intro of the first song Hero Lux. We want our records to have that sort of cyclical nature to them. 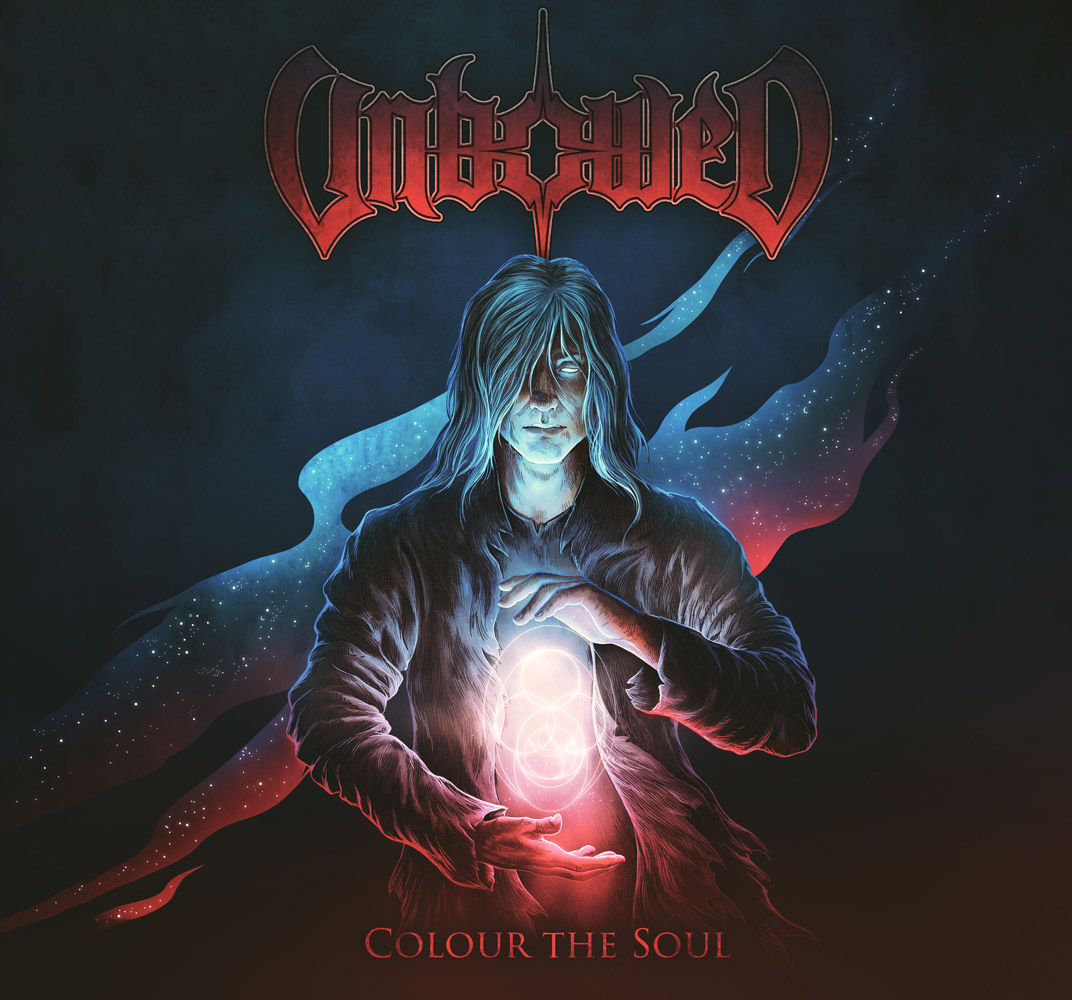 Since 2020, Covid-19 crisis fucked a lot of things up, how did you face the situation as a band? Did it have an impact on the album?
Alex: The pandemic definitely fucked things up and forced us to postpone loads of plans and gigs, as it did for every other band in the world I’m sure. However I think the best thing to do when faced with a situation you can’t control is to focus on the smaller elements that you can control. We used the time to film more promotional content for the album (playthrough videos etc) and were able to step back and plan our album release a lot better than we’ve been able to in the past.

Do you already have plans for the future after the release of the album?
Alex: Yep! We’re currently booking gigs for the rest of 2022 and into next year. So we’re gonna get out and play these songs for as many people as we can. Then at some point next year we’ll all get together and start formulating ideas for our next release.

What can you tell me about the evolution of the Metal scene around you?
Alex: It definitely comes and goes in waves around here. Unbowed is based out of Guelph, ON, Canada. Guelph is about 100kms from Toronto, which obviously has a much more established and frequented Metal scene. However there are quite a few great bands from our area who are all putting our killer music and playing some amazing live shows. If you’re interested in other bands from around our area definitely check out Invicta, Lutharo, Scorn, Primalfrost, and Nepenthe.

Do you think you still improve yourselves as musicians?
Alex: Definitely. If we weren’t improving at all I would be very worried, honestly! We’re always working at becoming better musicians. Every song and every album we make, we always end up trying something new which expands our sound in ways we’ve never done in the past. I think trying new things and improving at our craft keeps things interesting and compelling for us.

What are your best and your worst experiences as a musician ever?
Alex: My best experience as a musician so far is probably this album. I got to write a lot of this music in England, produce it with my best friends, get musicians I’ve looked up to for most of my life involved in the album, and now I get to promote it to the world and go play these songs live. I think that is a massive achievement as a musician and I’ll always cherish it. My worst experience as a musician might be one time when we were playing in Montr?al. I managed to puke on stage while we were playing.. that wasn’t very fun at all. However I also didn’t miss a note of the song, so maybe that’s also the best?

What led you to the Metal universe back in time? What was the very first album you ever bought?
Alex: The first CD I ever bought was Linkin Park’s Hybrid Theory. It may not be the “heaviest” album in the world, but it was definitely heavy enough to start leading me down this path! I’ll always look back very fondly on that album and what it did for me.

What if I ask you to compare Unbowed’s music with a dish? Which one and why?
Alex: I would say a medium-rare steak with a side of salad and great beer. Because we’re just everything your body needs.

Last question: which bands would you love to tour with? I let you create a tour with Unbowed as opener and three other bands!
Alex: I would say Unbowed, Ensiferum, Amorphis, Behemoth!!

That was the last question for me, so thank you very much for your time and your music, last words are yours!
Alex: Thank you so much for taking the time to interview me and feature Unbowed on your site! I really appreciate it! Thank you to anyone out there reading this and be sure to check out our new album Colour the Soul available everywhere May 20th 2022!