Dawn of Solace goes acoustic for their new EP.

A few months after the release of Flames of Perdition, their third album, the band composed of Tuomas Saukkonen (instruments/vocals, Wolfheart, Before the Dawn, ex-Black Sun Aeon) and Mikko Heikkilä (vocals, Kaunis Kuolematon, ex-Sinamore) reveals Notes Of Perdition. 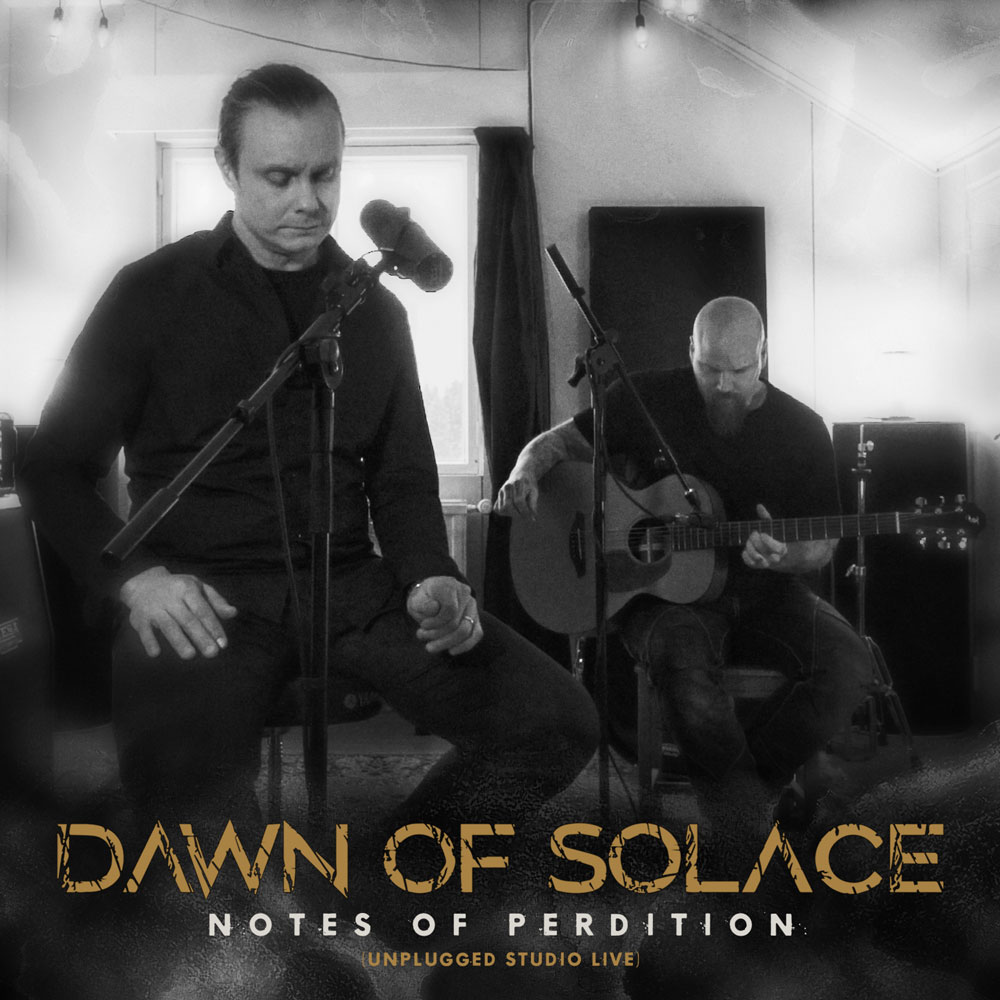 The EP is composed of four tracks carefully chosen among those of the last album. The album had amazed me, and it will be the same for the acoustic versions of these compositions which are just as cold, but more solemn, obviously putting the vocals in front. White Noise is still powerful, with these heavy riffs and these intense vocal pushes which know how to leave place to more plaintive parts, just like on the melodious Event Horizon which is hypnotic with haunting harmonics. The track is very accessible, revealing a certain darkness in the instrumental parts, but the darkness will give way to the disturbing sounds of Skyline and its heady riffs. The ambient melancholy will be the basis for vocals before getting more regular and lively parts, then Flames of Perdition comes to close the EP with a slowness that will sometimes turn into more playful and epic riffs before finally giving way to silence.

If you liked Dawn of Solace‘s last album, you’ll like their new EP. With Notes of Perdition, the band keeps their slow, melancholic and heady influences while showing us that their intensity is not only due to an abrasive saturation.