Ophe comes out of the darkness again for its second album.

The entity led by Bargnatt XIX (all instruments/vocals, Demande à la Poussière) had already released a debut album in 2018 before announcing the release of Somnium Nocte Mendaciis, still on My Kingdom Music. 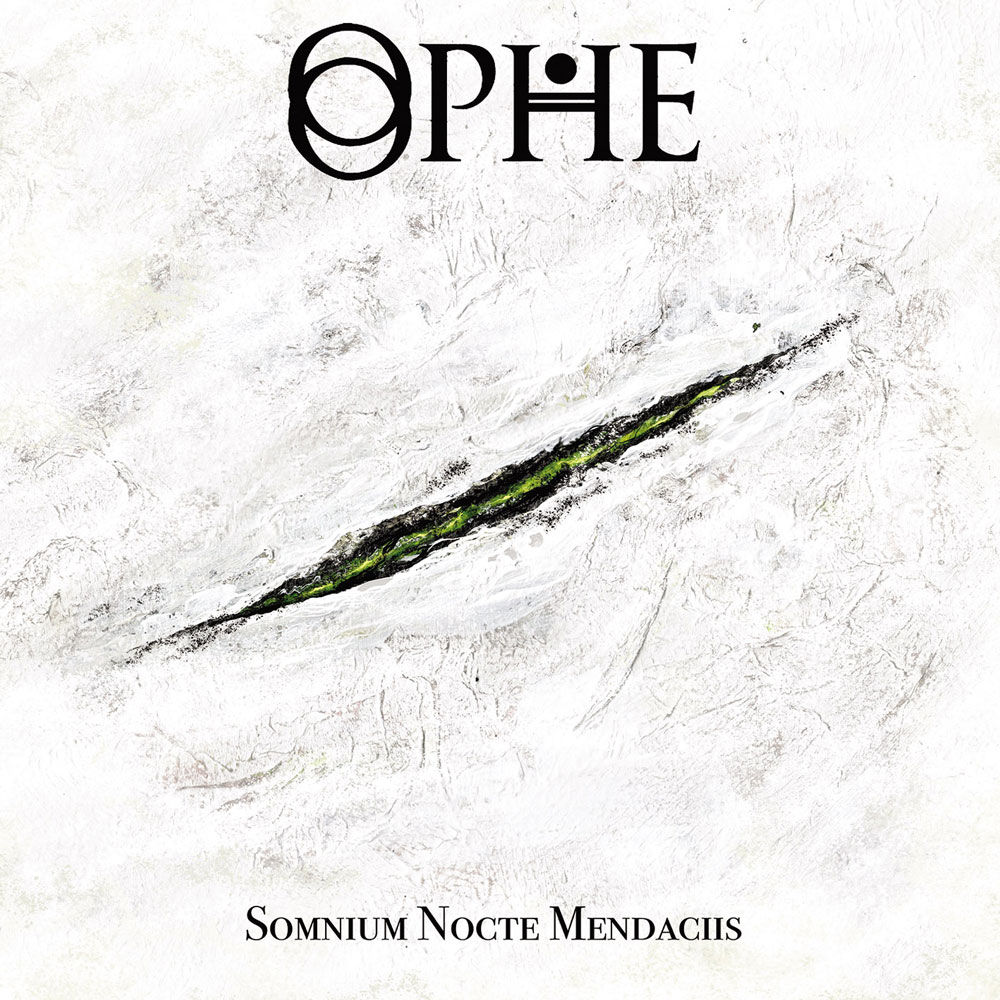 The mystery begins with Tarde, a short, dark and heavy introduction that leads us into Odalisk Incursio Sub Methaqualone, a long composition which mixes dissonant darkness, unhealthy oppression and soaring melodies. Some screams in the background mix with the intense fog, which the drums will explode after half of the track, letting the visceral Post-Black reveal all its splendor. The sound knows how to be throbbing to better welcome violence, then the final part calms down before Squirting Cadaveribus presents us with more Old School Black Metal influences. The rhythmic doesn’t slow down, feeding this heavy and dull wave that barely lets some leads pass through, then Partum Chimerae mixes a mysterious vocal sample with Noise influences that only stop with the arrival of Decem Vicibus II and its mystical sounds which get lost between the regular waves of darkness. The track is long, but it remains quite calm, revealing a suffocating progression that won’t explode until the end, sounding like the premise of Noctis Ames, a very short devastating hurricane. Just over a minute of chaos and rage, which turns into Flores Vere A Peccatis, a track composed of the throbbing waves of this violence that let the ghostly screams make their way through all this dissonance. A brief pause will let the darkness crush us one last time before letting choirs escort us to the void.

Ophe has no equal. The project is obviously anchored in a very ambient Black Metal, but it leaves to its creator a total freedom to make Somnium Nocte Mendaciis an oppressive and noisy fog from which the most tenebrous tones escape.