Defect Designer sends us back to the stone age with their new EP. 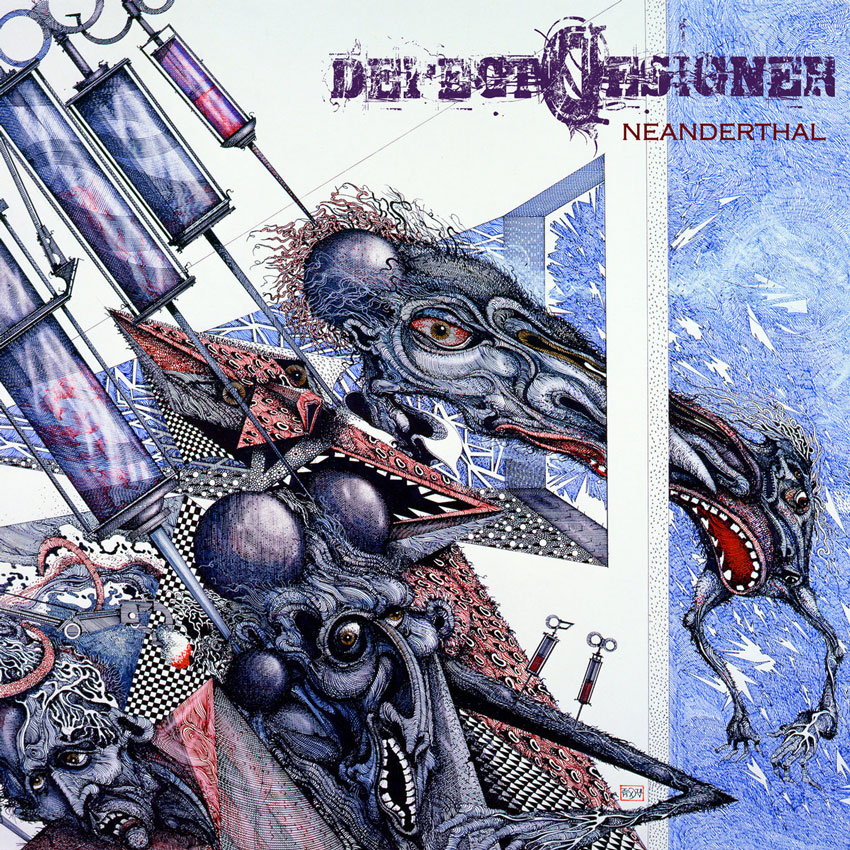 No introduction because Neanderthal, the eponymous track, will directly anchor itself in raw violence. The efficient and aggressive riffs leave room for more complex and dissonant parts, just like on Wrinkles and its melodious harmonics which create an important contrast with the frantic base. We will also find some very surprising and joyful elements which slightly temper the raw rage, but blast is not far away, and the concept will remain the same with Trolls and its catchy riffs. The track mixes violence with more thoughtful elements that keep their surprising potential and joyful sounds, while Luddites stays in the basis of Old School Grindcore and its uncontrollable madness. If the rhythmic remains raw and frantic, we will also be confronted with a very original finale, just before Vlad comes to crush us with his rage. The band continues to feed its violent base with more surprising passages, just like on Pigsty and its jerky rhythmic that requires some technical skill, linking Prog influences to their raw power block. The track is short, and it throws us into Time, Forward, the last composition, which continues to fuel this crazy yet effective mix that places destructive elements alongside dark and convoluted influences.

If you don’t know Defect Designer yet, don’t expect anything familiar and recognizable. If you’re not unfamiliar with the band, Neanderthal continues with this mix of raw violence, insane complexity and intense rage. An experience.