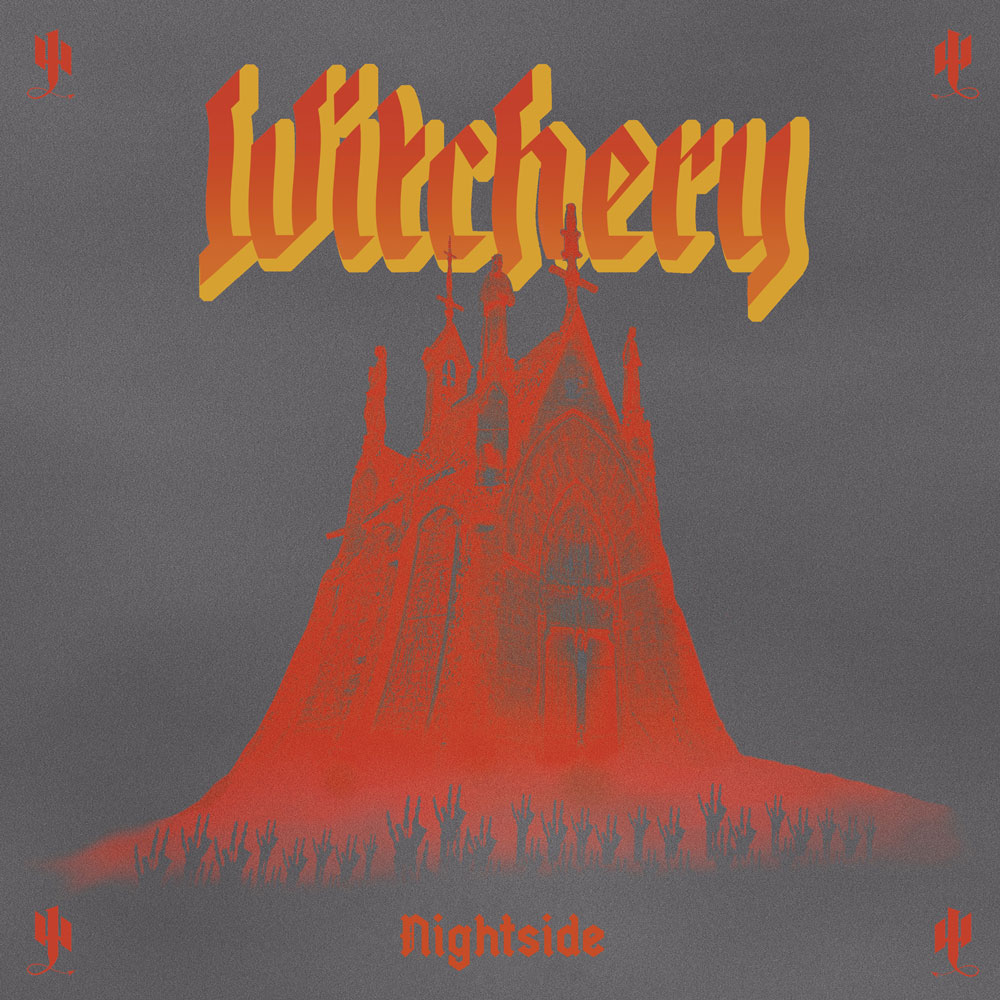 The album opens with the solid and catchy Witching Hour which puts the groove of its Black/Thrash at the front. The morbid screams perfectly fit the track’s unhealthy energy, which will give way to Don’t Burn The Witch and its catchy tones, accompanied by Maciek Ofstad (Kvelertak). Bass plays an important role in the basis of the rhythmic completed by the screaming guitars and the motivating vocals, then rhythmic will slow down to welcome Storm Of The Unborn and its cold martial tones. Vocals are also more powerful, then some keyboard parts give a majestic aspect to the track which does not forget its abrasive roots before Er steht in Flammen, a mysterious and mystical interlude. As I don’t understand a single German word, I can only enjoy this heavy atmosphere which drives us straight to Popecrusher, a very direct and Old School composition which offers us very melodious leads. The contrast is impressive and extremely effective, then tempo slows down to welcome Hank Shermann (Mercyful Fate) on Left Hand March, allowing the haunting riffs drive us to this warlike march’s darkness. The furious guitars give this haunting sound some burning tones, then the unholy energy resurfaces on Under The Altar, a short instrumental composition which slightly calms down before finding rage again when the band calls Simon Johansson (Wolf, Memory Garden) to finally give way to Churchburner and its frantic riffs. We will also have some cutting harmonics and heavy passages which will make us nod before Crucifix and Candle takes over with an aggressive groove, which will be easily sung in unison by erupting crowds. The polished harmonics drive us to A Forest Of Burning Coffins and its frantic riffs which cheerfully pick into Black/Death roots for three minutes of pure unleashed rage in the company of Jeff Walker (Carcass), which leaves a place for the heady harmonics of Thrash Metal before Nightside, the eponymous track, closes the album with an unhealthy quietness. The whispers and the mysterious atmosphere (with some lyrics in French) slowly close the doors of the band’s universe, which leads to a hypnotic void.

The secret of Witchery‘s lifespan? I don’t know. However, I can assure you that the band has never lost speed despite its line-up changes, and Nightside isn’t the one that makes me lie! It definitely shelters energy and quietness, which are both used wisely.