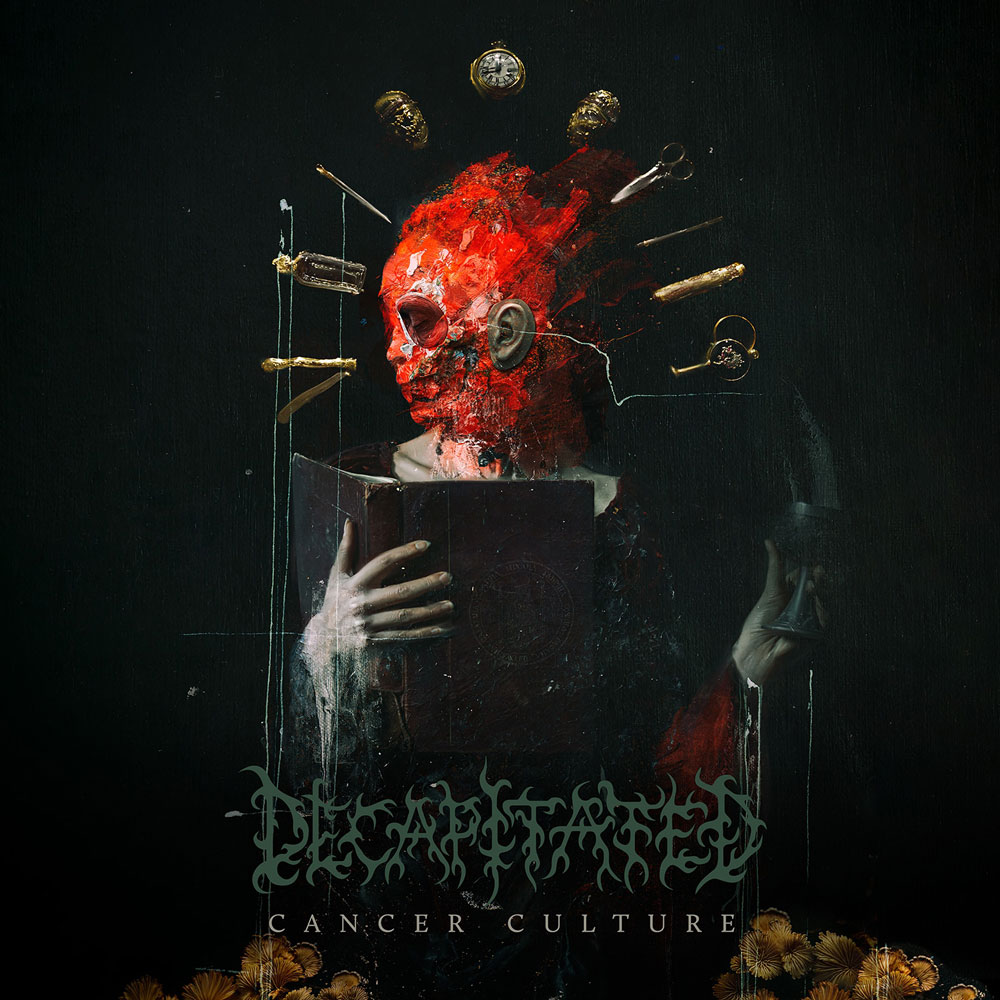 From The Nothingness With Love, the album’s warlike introduction, immediately notices us: this is going to hurt. Dissonance and steady beats drive us to Cancer Culture, the eponymous track, which lets extreme speed go hand in hand with an assumed technicality. Massive screams mix with the efficient rhythmic which knows how to include jerky riffs as well as more heady melodies, then Just A Cigarette takes over with a similar mix, sometimes allowing soft leads to bring us a moment of quietness before the rage takes over. The rhythmic duo also allows guitar to play some wild parts, while No Cure is much more straightforward, mixing blast, massive screams and old school riffs. A dark and mysterious break comes to temper violence, which quickly resurfaces before giving way to Hello Death, a composition which obviously reminds us of the most famous tracks of the combo you all already recognized. The band welcomes Tatiana Shmayluk (Jinjer) for a more Prog oriented part which will give the track a more worrying atmosphere, then they invite Robb Flynn (Machine Head, ex-Vio-lence) for the song Iconoclast, which is much more melodic and dissonant. The haunting tones become intense before the rage returns, then Suicidal Space Program takes over, letting the band explore its crazy and devastating roots to give violence a voice. There are also a lot of more soaring riffs, creating an interesting contrast before Locked blows up in our face for just over a minute, while revealing some Grind roots. Softness returns for the introduction of Hours as Battlegrounds, which will quickly send us on a tortured and aggressive rhythmic before calming down again. The two shades of this universe wonderfully live together, linked by drums, then Last Supper will come to crush us with its high tempo wonderfully served by raw strength, devastating skills, and above an incredible mastery.

If you’ve been hibernating for the last few years, let me tell you that Decapitated is the band you need to listen to for a qualitative slap. With Cancer Culture, they offer us some kind of mix between the early years technicality, recent releases’ groove, and especially this killer heaviness.