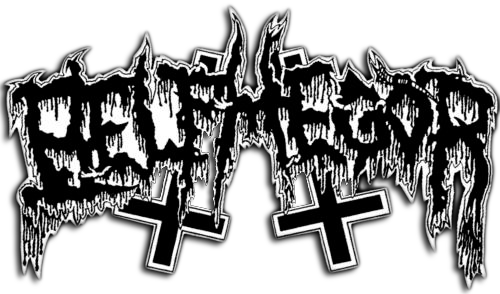 Formed in 1991 under the name Betrayer, the Austrian band led by Helmuth (guitar/vocals) and Serpenth (bass/vocals) unveils The Devils, their twelfth album, on Nuclear Blast.

Drums were recorded by David Diepold (Obscura, Cognizance), and the band is accompanied by Molokh on guitar. The artwork was once again done by Greek artist Seth Siro Anton (Septicflesh). 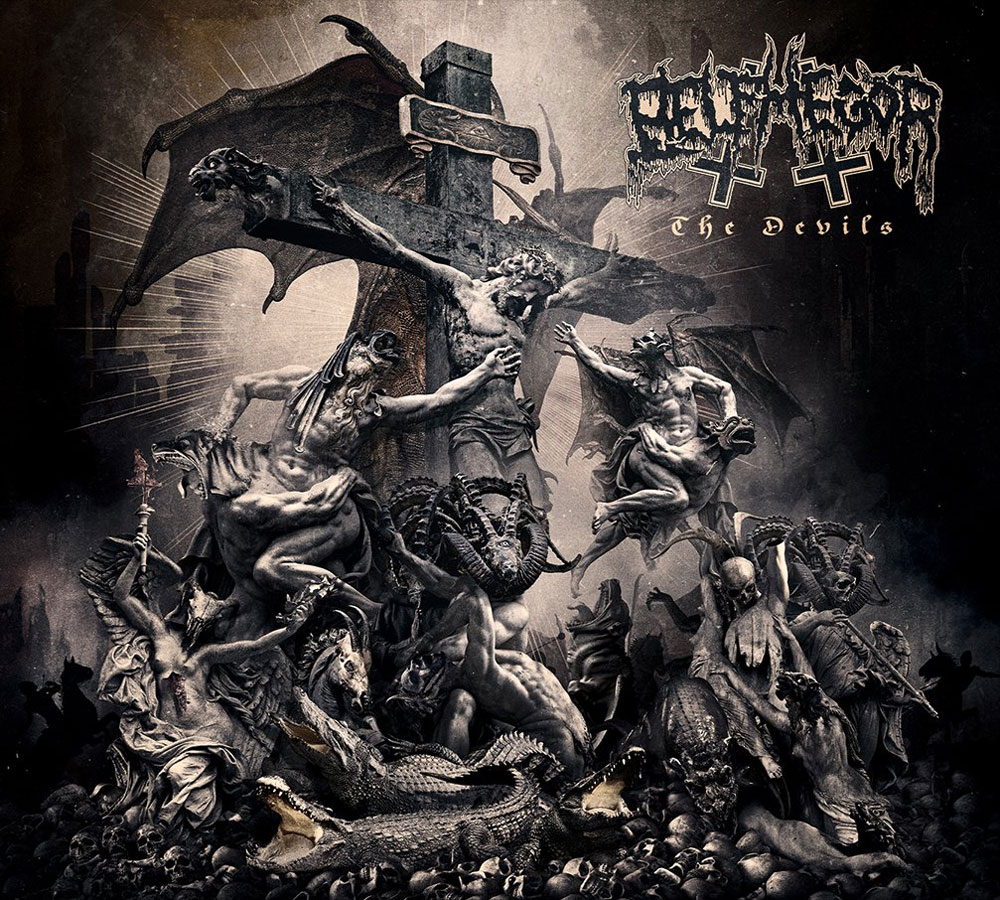 The album starts with the horrific introduction of The Devils, the eponymous track, which quickly reveals impressive and heavy riffs mixed with massive vocals. Worrying sounds join the heavy rhythmic and threatening orchestrations which let some epic leads accompany them before Totentanz – Dance Macabre reveals its bestial and unhealthy aggressiveness. The sound only slows down to be catchy, allowing the screams to lead the charge, while Glorifizierung des Teufels allows us a short break with this harrowing clean sound which will become more dissonant when saturation comes back. The unholy mystical atmosphere lets slow riffs gradually build up in this contrast between darkness and softness before fading away for Damnation – Hoellensturz to revive the flame of hatred and violence, without standing out from the unhealthy sounds, coupled at the end with mysterious choirs. This atmosphere continues on Virtus Asinaria – Prayer, a darker and more oppressive track which lets heady melodies shroud us before the voices return to haunt the slow and airy riffs. Violence will resurface with the majestic Kingdom Of Cold Flesh and its mystical orchestrations the band will break with its killer blast, its frantic riffs and wild screams. The musicians are wildly unleashed before Ritus Incendium Diabolus pours its wave of raw strength in our face, between heavy rhythmic and tearing leads. Again, the unhealthy backing vocals feed the unholy and ritualistic shade of the song, which will drop us on Creature Of Fire, a rather « short » track which reveals us a suffocating atmosphere rather than a real raw violence. The album ends with Blackest Sabbath 1997, a medley of two tracks that the band had already created twenty-five years ago on the album Blutsabbath, to give them a more current sound.

If you’ve been following Belphegor for a few years, you know that the band is capable of the wildest violence as well as creating an incredibly dark and oppressive atmosphere. The Devils handles and blends both aspects with an unholy perfection, making this album a masterpiece.