Raven Throne are back with another dark slaughter.

Founded in 2004 in Belarus, the band is nowadays composed of Chernotur (guitar), the founder, and his teammate War Head (bass/vocals/programming), with Green Skin (drums) and Zergved (vocals) on stage. Entitled Viartannie (Chroniki Zmiainaj Ciemry), this seventh full-length ensures the band’s sound continuity. 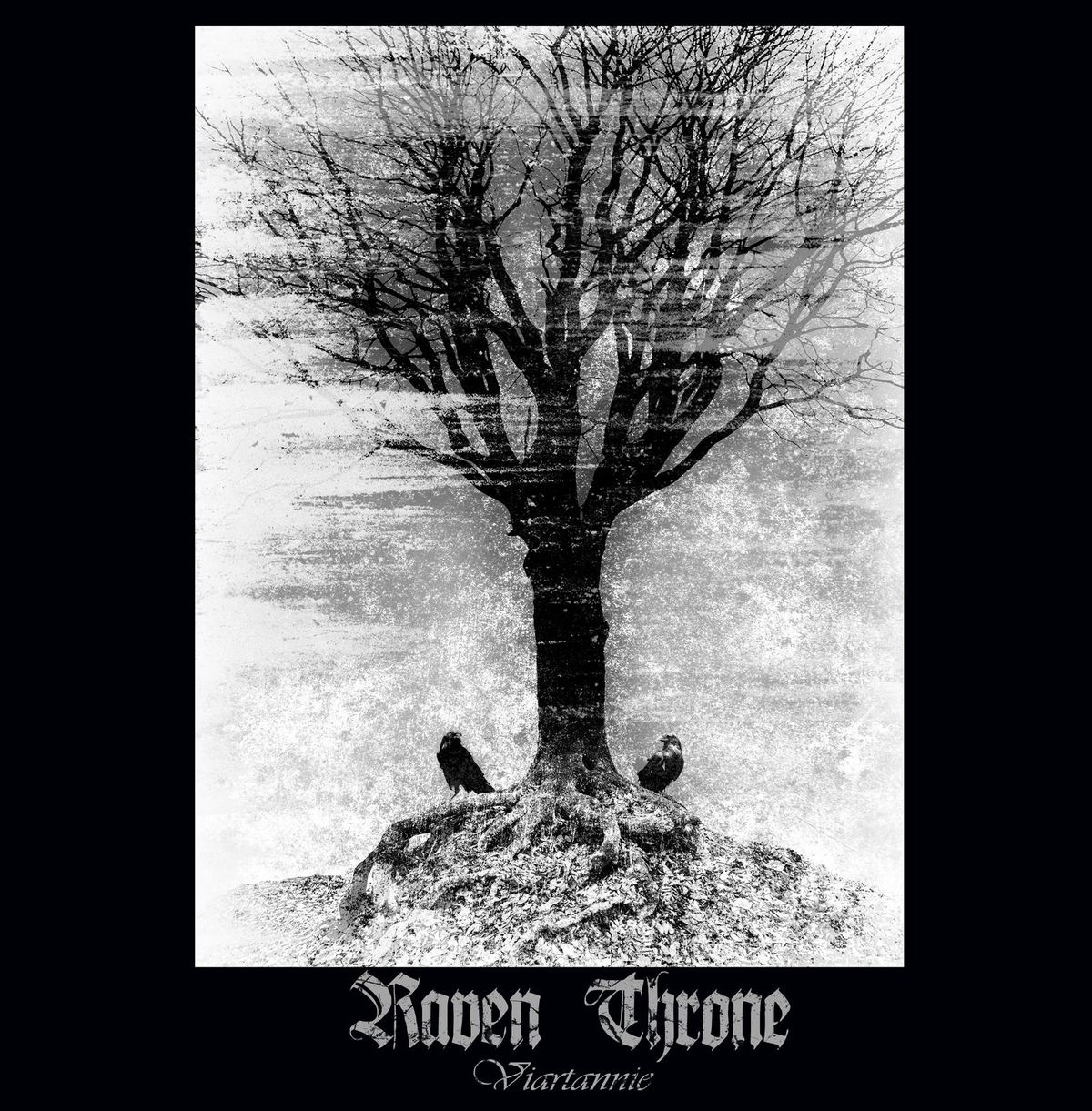 Since Zaklaccie, the first song, we feel oppressed. It’s with those weighing ambience that the band develops a Post-Black dyed with unhealthy influences and visceral screams, that will only be cut by some soft and airy parts. The contrast is seizing, and the final melody makes the band link with its origins. We go for Viartannie, a more raw but as incisive song. This wall of sound peacefully falls upon the listener, pouring its flood of blackness. Oppositely, Uladar Sciužy is a very aggressive song. Vocals obviously participate to this ambience, but riffs are stronger, sharper.
An ice-cold and distant sound strikes on Niabacnyja Nici Zimy, clean or saturated. Vocals are way quieter, even if they’re also frightening, and it’s between whispers and howlings that the rhythmic shroud us before Miortvaja Spadcyna. More aggressive, the composition has the same effect than a storm, gathered by some lull moments in which we can still feel the violent wings by far. Halfway between a mystical invocation and a tortured atmosphere, Spyni serca Vosieni immediately captivates. Rhythmic is heady, leads are hypnotic and vocals that grafts on them add this extra blackness before the final. U daloniach zimy, the last song, offers once again an airy and worrying touch before pouring a dark and penetrating song. Musicians slowly twine their dissonant composition before the sound fades away in the void.

Dark, catchy and mesmerizing, Viartannie (Chroniki Zmiainaj Ciemry), is another success for Raven Throne. Even if they’re not really known yet, the band’s universe is rich and captivating, which makes them a solid value in the Post-Black scene.