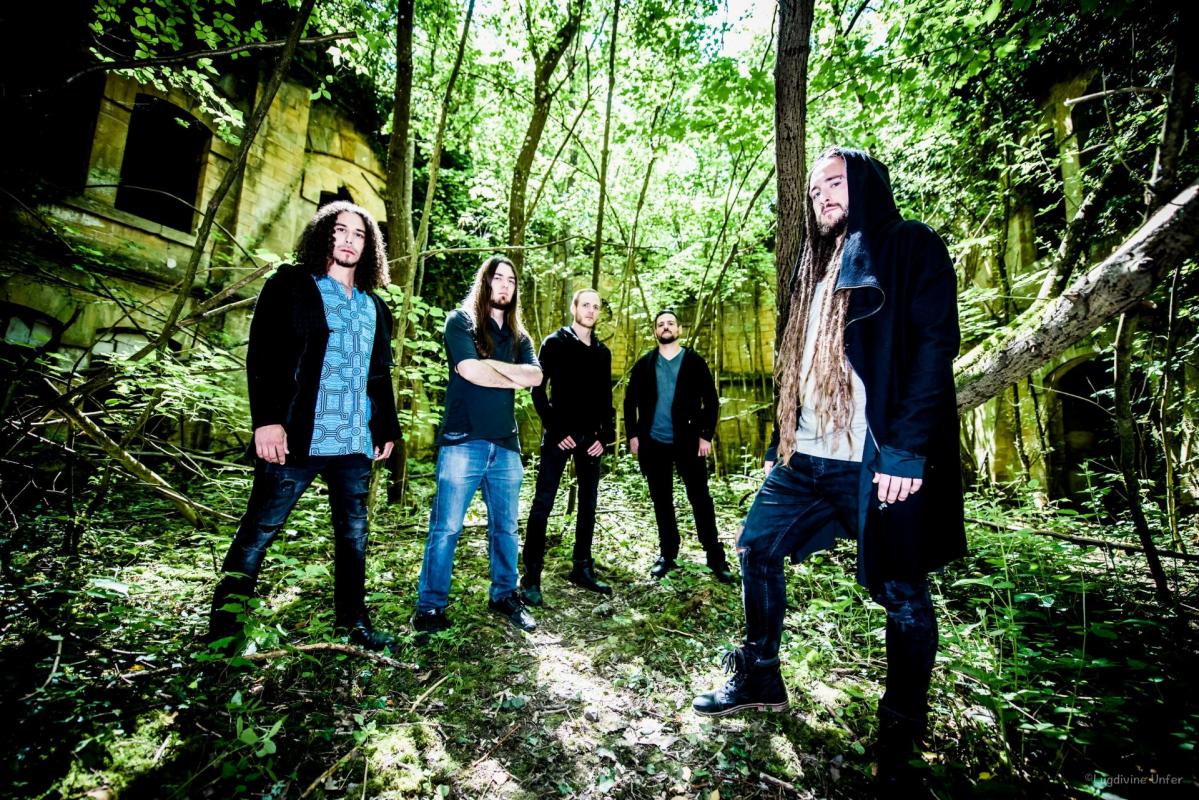 I had the opportunity to talk with Laurent Kessel, drummer for Scarred, before the release of Scarred, the band’s third album.

Hello and first of all, thanks a lot for your time! Would you mind introduce yourself and the band for someone who has never heard about Scarred before?
Laurent Kessel (drums): Hello. There’s five of us, namely Bertrand on bass guitar, Diogo and Vincent on guitar, Yann on vocals and Laurent on the drums (who is the one answering your questions). We are based in Luxembourg and play Death Metal. So far we have released one EP and three LPs including our new album.

Where does the band’s name come from? What does it mean for you?
Laurent: We picked the band name when we founded the band way back in high school. We don’t have the same line-up anymore today but back then each member of the band had their very own scar in their personal history that drove them towards this aggressive and dark style of music, so it seemed appropriate.

You are about to release Scarred, your third album, eight years after the previous one. How do you feel about it?
Laurent: Great! We have never put more work and dedication into an album than this one and we’re very happy with the result. The goal when we hired a new singer a few years back was to make our music evolve and to add more range to it and I think we’ve done just that. Besides, this album is by far the most personal one (hence the self-title) and has helped some of us overcome some difficult times in our lives, so releasing it almost feels like therapy!

How does the composition process happen for this album? Was it different from Gaia – Medea?
Laurent: Very different. Gaia – Medea was entirely written in the rehearsal room. For this album we had to adapt to Diogo (who is our main songwriter) being away playing with Satyricon for two years while also having to explore the possibilities offered by our new singer Yann. Most of the writing ended up happening in our home studios over several months of pre-production.

On this new album, there is obviously your musical basis made of a groovy Thrash/Death Metal, but also more Progressive influences, technical hints, atmospheric and nearly Symphonic elements. How did you manage to melt everything together to create something which is still in your musical range?
Laurent: Songwriting in Scarred always happens organically. We try to never limit ourselves to a certain genre and to go where the music takes us. If it sounds good and feels right, that’s really all that matters. What’s particular on this album is that each song is inspired by a certain period of our lives during the past four years and has therefore a completely different mood from the previous one, which explains all the different influences that you mentioned… but the backbone remains the same.

The artwork was once again made by Drazen Medakovic, how did you work with him for this one? How does the artwork can be linked to the music?
Laurent: It’s really easy to work with Drazen because he is an incredible artist and friend who understands what we are trying to do (check out www.drazenillus.com). We just sat down and explained the concept of the album, handed him the lyrics and let him do his thing. The cover picture is amazing because it encompasses so many elements of this album : depression, alienation, shamanism, psychedelic colours, release…it basically sums up the writing, the music and the production of the album in one picture.

You released a video for the song Prisms, can you tell us the story behind this song?
Laurent: Every song on Scarred tells a part of our story during the past four years. Prisms comes right after the initial deflagration and dissociation described in the first three songs and symbolises the beginning of a journey into the unknown.

In 2016, Vincent Wilquin and Yann Dalscheid joined the band. How is it to deal with new members, which include new personality, new musical sight? Do you think the band improved when they join Scarred?
Laurent: Actually Vincent joined the band in 2013 to replace Diogo during his stint with Satyricon. He is probably the easiest guy to work with because he is an unbelievable guitar player (check out his band Fractal Universe on Metal Blade Records, it’s insane!) and the nicest and most modest dude with that much talent you will ever meet. He will give his opinion on the songwriting and make suggestions here and there but Diogo still writes the music, so no collision there. When Yann joined the band in 2016, we had already been friends for years and had toured together, so it wasn’t all too complicated either for him to fit in. From a musical point of view, he brought in his own influences and mostly a huge range of possibilities which opened so many doors for us that it took a lot of time to explore them. I think we’re still not finished doing that and that our music will keep evolving on our future albums.

You teamed up again with Klonosphere for this release, how is it to work with them?
Laurent: Easy! Guillaume and Pat are great people with a lot of patience who get the job done when it comes to promotion and distribution. The relation is a lot smoother than what we have experienced during negotiations with different labels. That’s why we didn’t hesitate to work again with them on this album like we did on Gaia-Medea.

According to internet (but I can be wrong) you didn’t play live since three years. What can we expect of a live show with Scarred? Maybe you have some kind of pre-show ritual as a band?
Laurent: We actually played a show in France earlier this year just before the first COVID wave, but we have indeed been inactive during the production process of the new album due to the reasons I mentioned above. What you can expect from a live show with Scarred is the equivalent of being hit by bus at full speed. We always play balls to the wall with relentless energy and an enormous sound and light show. It’s very intense. There is no pre-show ritual, everybody just kind of works themselves into a mental state where they just want to destroy the place. Then we unite behind the curtain and it’s go time!

I know that Covid-19 fucked a lot of things up in 2020, but maybe you already have plans to promote Scarred that you can unveil us?
Laurent: Since there was and still is no way to confirm a tour, we used the time to produce a ton of video material and photography that we will be using to promote the album. I don’t want to reveal too much but we basically have enough stuff on the side to entertain you guys till September 2021!

How does the Covid crisis affect you as a band? Do you think that it helped you to put the final touch to your new album?
Laurent: Financially it has been hard since playing live is our biggest source of revenue, especially with an album production and promotion to finance. We initially planned on releasing the album this year but decided to wait and see how things would pan out. Once it was clear that there wasn’t going to be any certainty any time soon, we decided to set the date to January 22nd 2021, COVID or no COVID. The album was already recorded when the pandemic hit, but it did help us to get creative in other ways: we recorded a cover of the song Enjoy by Björk and did an acoustic version of one of our own songs from Gaia-Medea, Psychogenesis (which you can both check out on our YouTube channel), we shot a lot of video material and got started on the next album. 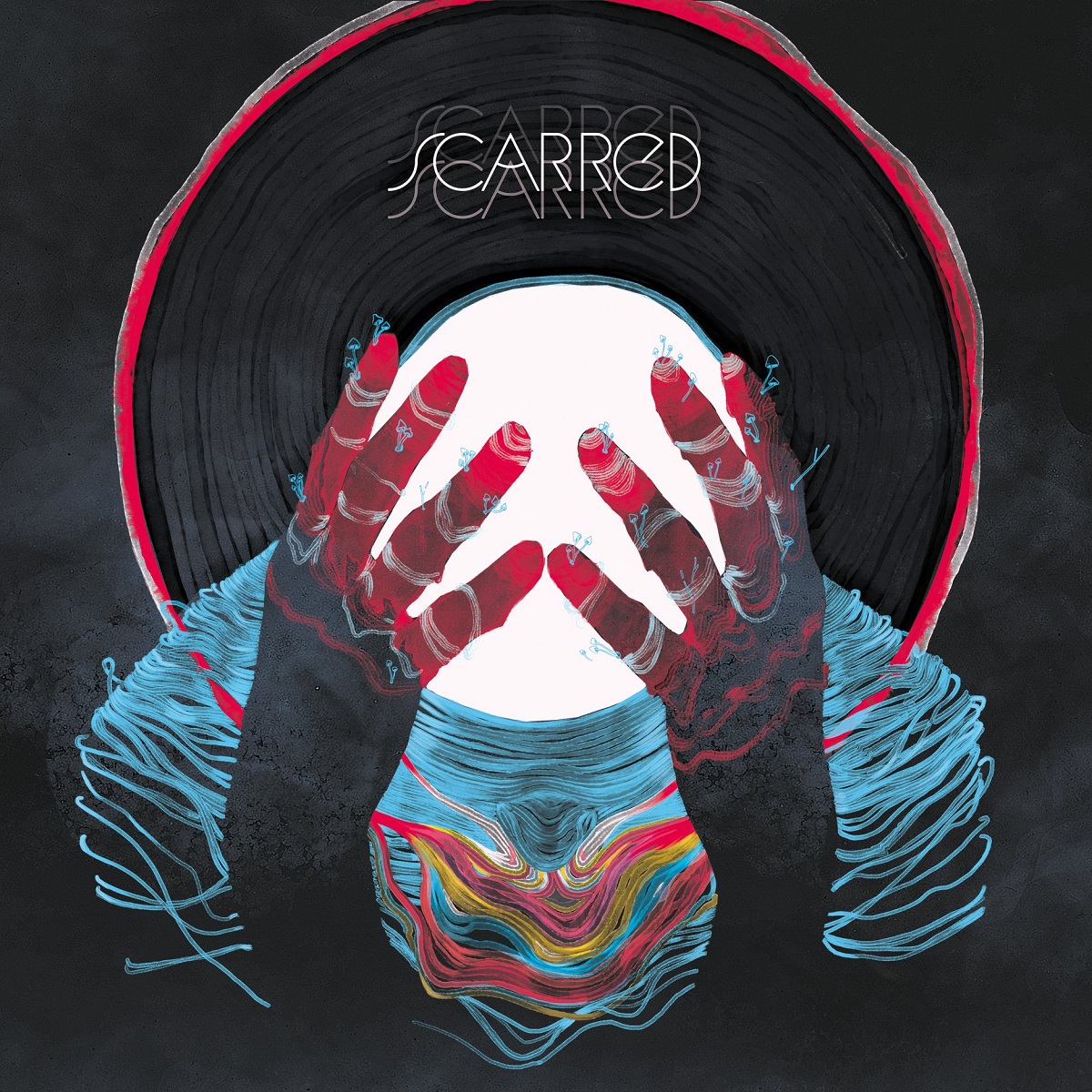 What does inspire you to create music? It can be music from bands, but also something else, like movies, books, anything.
Laurent: Like every musician we get influenced by all the bands and artists we listen to but we also draw from our personal experiences and travels, from nature (there’s nothing better than an epic landscape to write an epic riff!), from society and from what’s going on in the world. The lyrics tend to be personal but they can on rare occasions be influenced by a line from a book or a movie.

Except music, what are your hobbies in life? What would be your dream job if it wasn’t musician?
Laurent: There are none. It’s really all we do all the time. No plan B.

What was the very first Metal song you ever heard? Which one was the song that made you think “I want to create a band and play on stage”?
Laurent: For me personally it was Bitter Peace by Slayer, which is the opening track from the Diabolus in Musica album. I had played classic percussions until then and had never heard anybody play double-bass. I was hooked right away. Within 3 months I had quit the orchestra I was playing in, emptied my bank account to buy a huge drum set and founded a band with some high school friends which ultimately became Scarred. We played our first show six months later.

What if I ask you to compare Scarred’s music with a dish? Which one and why?
Laurent: Fondant au chocolat: it’s dark on the outside with an even darker, molten heart on the inside, it’s generally pretty heavy and once you’ve tried it you can’t get enough of it!

What is your best and your worst experience as a musician ever?
Laurent: It’s hard to pick one specific moment because there are so many but I guess playing in Wacken is pretty up there, since it was the first time we got to play and be backstage on a major festival. We were all still young so it was a big deal for us. Our worst experience must have been a concert we played in Peterborough during our UK tour with Psycroptic a few years back. The show started late so our set got reduced to 20 minutes and the technicians had no idea what they were doing. Half of the instruments remained muted during most of the show, the monitors weren’t working, the sound was awful, the venue horrible and only a handful of people there. Plus the venue had no catering for us so we finished the concert starving and spent the rest of the night drinking, basically handing our fee right back to them. That concert stuck with us for so long that our bass player Bertrand even called himself Peterborough on Facebook for two years.

Last question: which bands would you love to tour with? I let you create a tour with Scarred and three other bands!
Laurent: Gojira, Devin Townsend, Meshuggah and Scarred. I’ll let you guys pick the order.

That was the last question for me, a huge thank you for your time, last words are yours!
Laurent: Thank you, this was a lot of fun. I guess my last words would be: check out our new album, we have really put all our guts into this one.