It’s sometime in the year 1986 that Epicus Doomicus Metallicus was born, 1st album of the Swedish band Candlemass, after being called Nemesis for two years and two more years of releasing demos.

Leif Edling, who sang on the demo tapes, let this role to Johan Längquist and « just » composed every song and play bass. He is the man who’s the source of Epic Doom Metal, Candlemass‘ sound.
The wonderful cover, simple and minimalist, but how representative signed by Eric Larnoy, drums recorded by Mats Ekström and guitars by Mats « Mappe » Björkman. Now we’re into the album. The first song is the one and only Solitude. 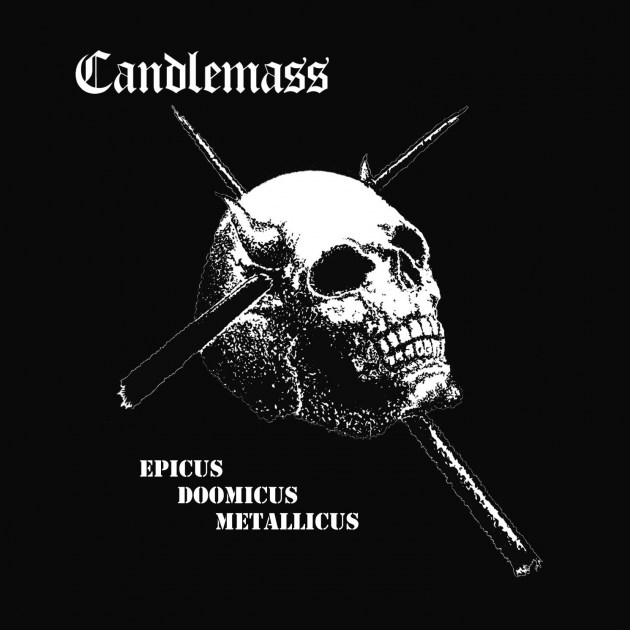 Solitude… This song is litteraly a requiem for life, written by Leif Edling for himself. The riff is easy, slow, haunting, but increase as long as the song plays. This song animates to makes us understant how fragile is life.
When it ends, it seems impossible to equalize it. Hapiness has left. Next are Demon’s Gate (based on a horror movie), the magnificent Crystal Ball… Every song is now a classic for the band’s fanbase. Even Black Stone Wielder andits mesmerizing riffs, sometimes forgotten.
Under the Oak was already recorded and released on the last demo tape. Heavy riffs, there’s a perfect basis for a worrying but controled voice (there’s some passes with acute voice).
The album ends with A Sorcerer’s Pledge, with an accoustic beginning, just as Solitude, but a little bit faster. This song ends with female vocals that slowly chokes itself in the void.
In the end, this is a Doom Metal must-hear. As Black Sabbath created Doom, Candlemass knew how to create their own sound that (despite their numerous singer changes) will stay in Metal’s history as a root for several bands.