Even if numerous Metalcore bands got electronic samples in their sound, Crossfaith is one of the few ones to have a keyboardist.

Created in 2006 and inspirated by both Slipknot and Prodigy, they created and impose their style from the land of the rising sun.

Their first record will be released 3 years later, and the fourth one, Xeno, in 2015. The band has nothing left to prove, they’re innovating a bit on some songs, that is a good thing. The band is one of the most active on stage, in my opinion (I saw them twice, at Hellfest and on a small stage). 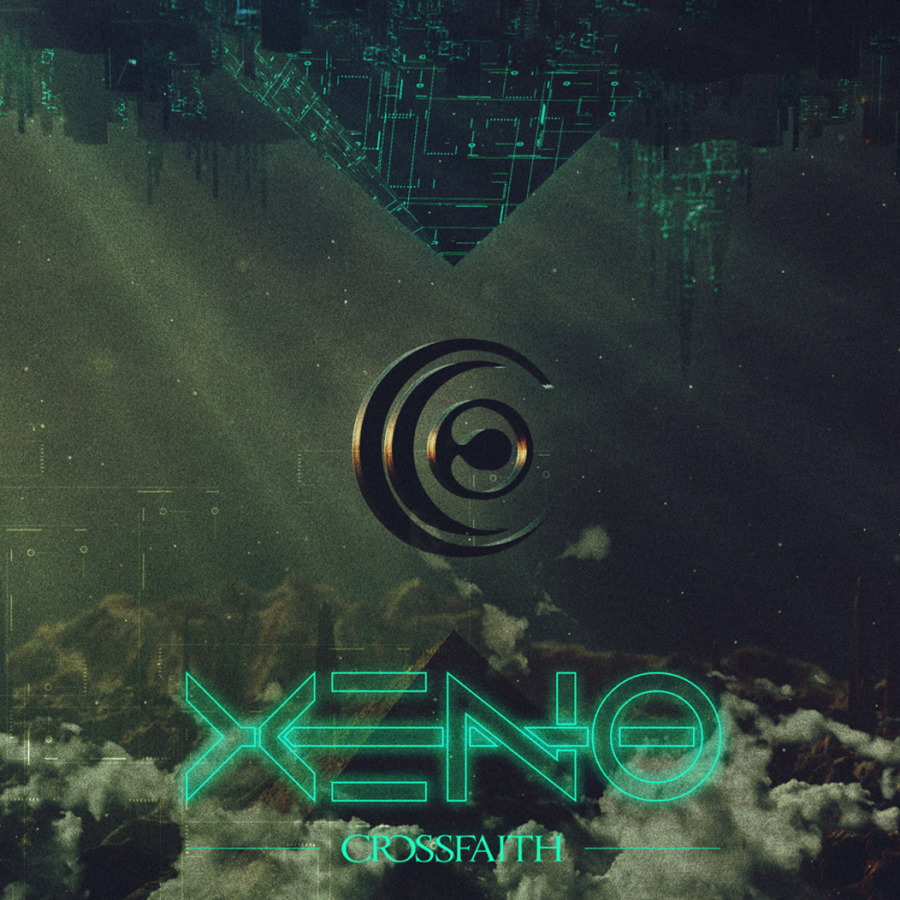 The record starts as the last one with an instrumental song which rises in intensity. System X is a bit like Terufumi Tamano‘s playground. Once finished, Xeno starts. With the eponymous track, the japanese band want to tell us that they don’t forget how to hit the top : fasts and sharp riffs, electronic sounds on the background, and Kenta Koie‘s screaming voice. Lyrics focuses on a positive message to the audience.
Raise Your Voice, the next one, is a call to rebellion against monotonous life. The song’s riffs are the most catchy of this record. I need to confirm my expectations on stage, but I bet this one can be awesome. Devil’s Party will slow down tempo with its atmospheric keyboard notes. The breakdown part will confirm that Crossfaith perctly know how to connect Metal and Electronic music, with this heavy rythmic part sublimated by electronic sounds.
On Ghost In The Mirror, the band calls for Caleb Shomo‘s voice (from Beartooth and previously Attack, Attack!) to complete the track. An interesting mix of voices, on the heavy rythm that Hiroki Ikegawa (bass), Tatsuya Amano (drums) ans Kazuki Takemura (guitar) wrote. Dystopia will put the lights on the electronic parts, while the instrumental part stays simple, but effective.
Let’s change the ambiance with Wildfire, cooperation between Crossfaith and Benji Webbe from Skindred. Benji‘s voice and the whole song mostly based on Skindred‘s style makes this song creative and really different from the rest of the band’s discography. This song is really catchy by the way, if you like groovy sound. Let’s change the ambiance once again with Tears Fall, the band’s first ballad. New risk taking, new style unknow from the band, but it’s a successful bet.
Hope is again the leitmotiv on Paint It Black‘s lyrics. A new energizing song as we love. Vanguard‘s introduction reminds sci-fi movies, but later trend to another powerful song from the band. Heavy rythmic is interspersed by some keyboard sounds, that soften it a bit.  Calm The Storm, as its name indicates, a bit more peaceful. The band reminds me Linkin Park, until musicians come back.
Astral Heaven, the last song, is an instrumental one. The keyboard turns into synthetizer, then the bass roars, with drums. Synthetizer once again, then guitar, after closing the song.
Crossfaith are way far from resting on their laurels with this full-length. Xeno is both the record that etablished their domination by originality and a risk taking album. Three of twelve songs are obviously different from the others, and two more are just instrumental songs. Crossfaith will make itself heard in the future !