When Ronald Petzke (bass), Daniel O’Connor (drums), Nick Dellacroce (guitar) et Dennis Pleckham (guitar) decided to create Bongripper in 2005, the weather should be really poor. Their music is as an automn night : gloomy, heavy, haunting. Released in 2010, Satan Worshipping Doom is, in my opinion, their best album.

There is no voice on Bongripper‘s albums. Only instrument’s screams on extended instrumental tracks. Their shows are really rare, I had the chance to catch them for their very first french show, not so long ago. Push open the chaos’ door if you dare. 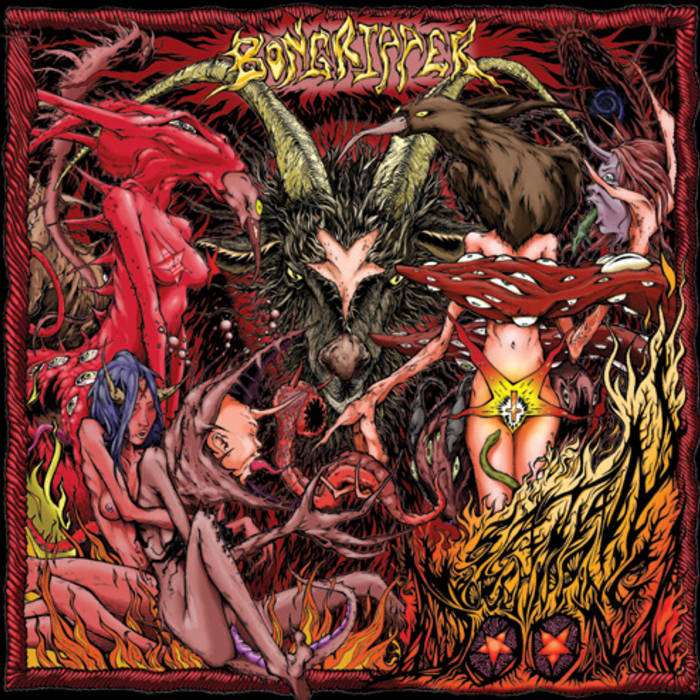 Hail, first track of this full-length, is a monument of heaviness. Often played on stage, it blends together incredibly slow, lumbering and repetitive riffs. The guys are ruthlessly striking their instruments, taking advantage of some feedback from the amps, increasing the tempo then decreasing it. Satan, the best track, will mix dark atmosphere (tortured and quick Black Metal riffs, blast beat) and Doom’s slowness, before finishing on one of the heaviest riff of the whole Metal History.
Worship highlights the lead guitar on a very slow rythm riff. A different atmosphere, but really heavy too. The lead guitar sometimes changes to a rythmic riff, and the track finishes on another lead part with altered sound. Doom sets the pace from the very start : slower than ever. While Drone influences seems to be here for the whole track, drums slowly increases, with some guitar effects. The end of the track is a bit faster and the last riff will shut down the apocalypse.
You really need to listen to the full album in the right order to feel the whole grasp its essence. Not easily accessible and anchored in their universe, but Bongripper is a band that speaks for itself in the past, present and future.