In 2004, the twins Tom and Dan Searle created Architects (formerly named Counting The Days) to pour english Metalcore’s anger all over the world. After a few line-up changes (including the death of Tom Searle, in the end August 2016) and seven albums, the band is now composed of Dan Searle (drums), Sam Carter (vocals), Alex Dean (bass) and Adam Christenson (guitar), they will be joined by Josh Middleton (guitarist and singer of Sylosis) for the next tour.

In 2011, the band oriente the sound of their compositions to Post-Hardcore, but without denying the Metalcore roots. It’s on Lost Forever // Lost Together, released in 2014, that we will focus. Why? Because it’s the one that I judge the most successful in terms of mix of styles. Welcome to moshers! 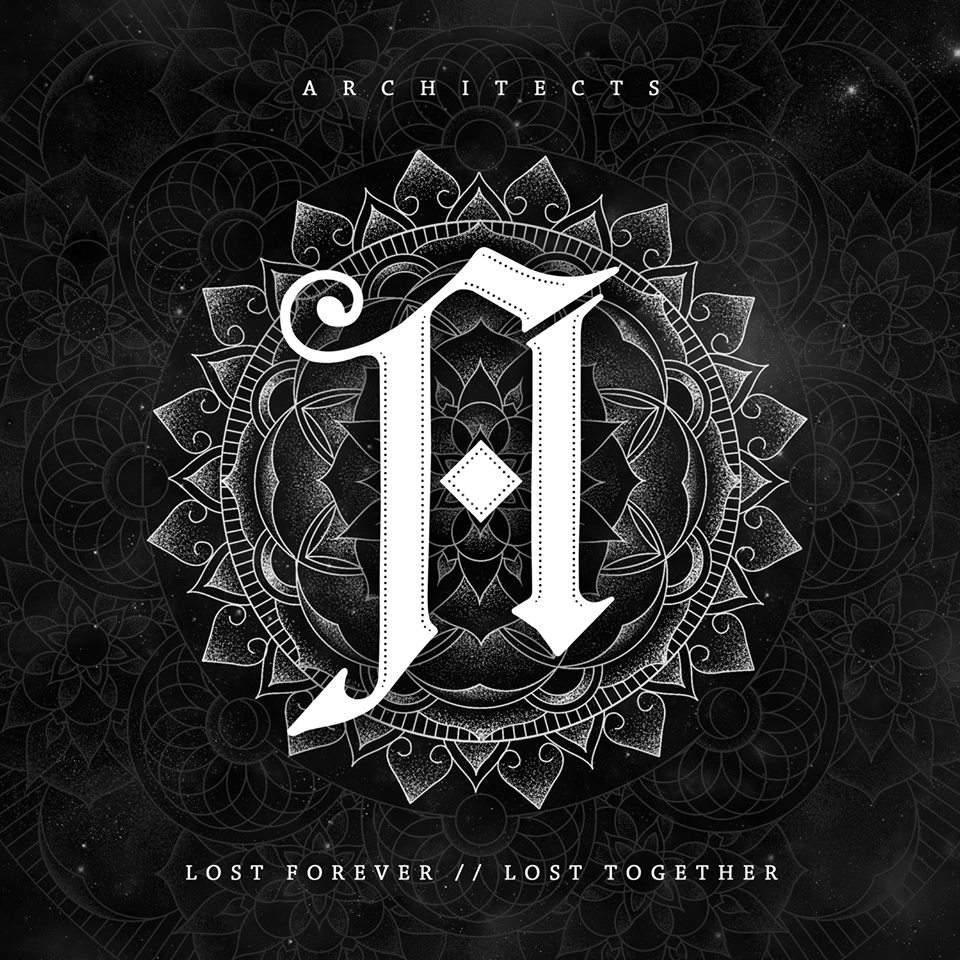 The album begins with the Gravedigger‘s atmospheric riff, before switching back to the saturated sounds quickly. Sam Carter’s voice is still powerful, and is fully supported by the instruments that don’t even hesitate to abuse of breaks to give an outburst of violence. Naysayer goes directly on violence, with a steady pace and a hammering double kick. Guitars and bass have the particularity of not interfere between them for a very clean sound.
Broken Cross slightly comes back on atmospheric tones proper to the band, as well as on Sam Carter’s screams that seem distant. It is with The Devil Is Near that the band sign its composition the catchiest song of the album, and which (according to Impericon’s video) perfectly honors live shows. Dead Man Talking will keep the same codes, but with a more shrilling voice. This title is truly a jewel for Post-Hardcore lovers, with heavy riffs.
Little break with Red Hypergiant. This break with voice on a sampler that allows to take another breath, without letting the pressure down completely before C.A.N.C.E.R. An absolute violent riff, and an approach to the disease, in which Tom Searle was suffering, and that causes his death. This song is really touching for those who know the story. The following, Colony Collapse, is much more calm and highlights the bass, for an atmospheric track.
Back on the pure violence with Castles In The Air, on which Sam Carter loudly shouts between two riffs with some echo. A new collaboration to add to the band’s discography, and this time Murray Mcleod (singer of The Xcerts) that joins Sam’s screams for a track with a phenomenal energy despite the pretty quiet breaks.
That’s with Distant Blue that the album ends. The most melancholic song thanks to the effects in the voice at the beginning, but continues on ultra-heavy riffs. The track makes us want to play it again and again.
If we look on the band’s setlist, this album comes back very often. He scores deeply the sound of the group, and it is with happiness that I attended to their parisian show of 15 October. It’s a must see without moderation if only the “modern” sound don’t bother you !