There are some bands that you’re looking for, bands we just hear about, but also bands you randomly find. Fall of Efrafa is one of them. Very few information are on the internet about them, but they would be created in Brighton in 2005 and separated in 2009 after three albums, two EPs and a split.

Composed of Steve and Neil on guitars, Georges on drums, Mikey on bass and Alex behind the microphone, their music is both diversified and tortured. It’s on Elil, the second album of their trilogy that we look at, because it is the first one that I discovered. All the music they composed is based on the book Watership Down. 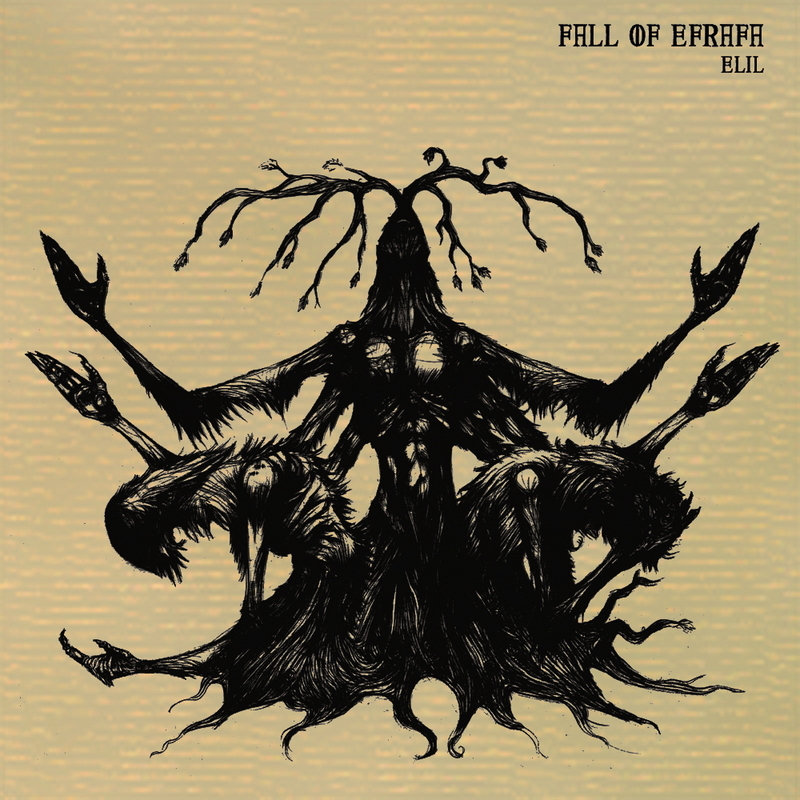 Only three compositions, but each one lasts more than twenty minutes. The very first, Beyond the Veil, start very slowly with an acoustic introduction, hypnotic and repetitive. Once at the end, Alex’s voice comes on an obviously controlled music and which leads us very to headbanging. A superposition of guitars on simple melodies, reinforced by explosive cymbals sound and the the bass’ roars. Unusual, but awesome.
The second track, Dominion Theology, follows the same pattern: a slow and haunting introduction, even if shorter than the previous one, that ends on a larsen to lead to a heavy and atmospheric riff before bringing a tormented voice. The composition will switch to a punk rhythmic, but without altering the riff’s quality. Next to this, the composition alternates between acoustic passages, and even a drums/bass duo, atmospheric heavy riffs as Hell. A quick sampler will comes back to violence in the raw form, just before the riffs don’t soften slowly.
Third and last extract of this jewel, For El Ahraihrah To Cry starts with a voice on sampler with guitar sound right before one amongst the record’s heaviest riffs. Once again the rotation of calm and more screaming transitions will return on the most beautiful effect, especially when the drums turn into a real war drum while the guitar plays a hypnotising riff and followed by the addition of a sampler before switching on a catchy punk riff. When the track seems to end, a riff comes back again and again.
Fall of Efrafa’s music is obviously hard to enjoy at first time. Both worrying and imposing, you need in my opinion some musical experience to enjoy it fully, but once inside, their universe never let you go. For strange sounds fans..