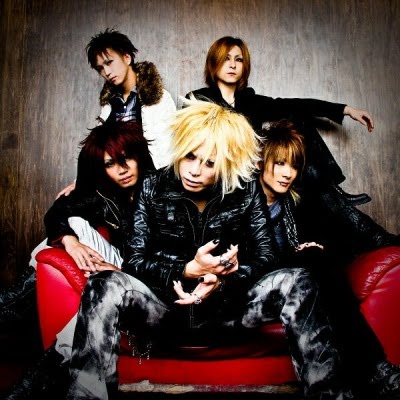 Barely known in France, it is again Japan who gave birth to this little band that was disbanded after only five years of existence in 2011. Gaara has a near from secret story. The line-up suffered of many changes, and very few titles are out. It’s with a random luck that I listened to Kohaku Shoku No Shinjitsu, their first mini-album.

Even if it’s a very short one, this mini-album is important for me to introduce to you because it’s the only one I’ve known of the band until recently. I listened to it so many times. Visual Kei friends, here we go ! 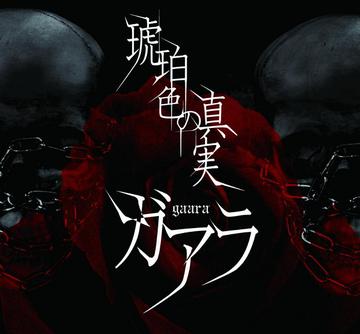 The album begins with the worrying Kohaku No Naka No Kimi. Rythm part is formed by bass and drums, the guitars clearly create a peaceful ambience which is confirmed by the calm voice of the singer, Kagami. A bit more energetic afterward, the band will remain in the atmospheric tones to a small acoustic break that comes back on the main riffs until the end. Muku, Yuen is the next one, with a heavier and more aggressive sound. The Japanese are finally ready to attack our necks, and they do it well. Really good. The riffs are linked together in front of an insane bass roar. This is also the composition which will let us hear the firsts screams.

Dirt-Bag starts attacking once more and honors this time blast beat, under the restless riffs more violent than the other ones. Kagami’s voice has more assurance, and the variation of voice tones will make us love more and more this song. Usuyami No Mukou he will remain in the vein of the previous one, while staying in the dark universe that characterizes the band, and there is way more screams. We feel so that the band gains confidence in themselves through the violence of their music. The chorus will be in the purest Visual Kei tradition, and the end is already here.

Yuki No Hana, anthem that has cradled my adolescence. Bass and lead guitar make this composition (which is also the longest) really special. Even if it tooks me so much time to understand (and to look for) the meaning, it will be strongly anchored in my memory for a long time. It is also a title that includes some keyboard sampler in background.

Far from western codes, Gaara imposed themselves in my view as an unique band, and they probably helped to develop my actual tastes. It is with respect that I thank them for these past years in my earphones, and I strongly advise you to check them out.