Who said Death Metal is dead, and replaced with Deathcore ? Let’s hang this idiot high with some Serpentine Dominion ! Supergroup created in 2009 at Rockstar Energy Drink Mayhem Festival’s backstage, they really exist as a band since 2011, thanks to Adam Dutkiewicz (guitar, bass and backing vocals) from Killswitch Engage, Georges “Corpsegrinder” Fischer (vocals) from Cannibal Corpse/Paths of Possession and Shannon Lucas (drums), ex-The Black Dahlia Murder’s drummer.

The name was only chosen in 2016, and they release their first eponymous record on October 28, with Jesse Leach as lyricist. A huge blend of violence with epic melodies would be a good resume, but it’s better to listen to it ! 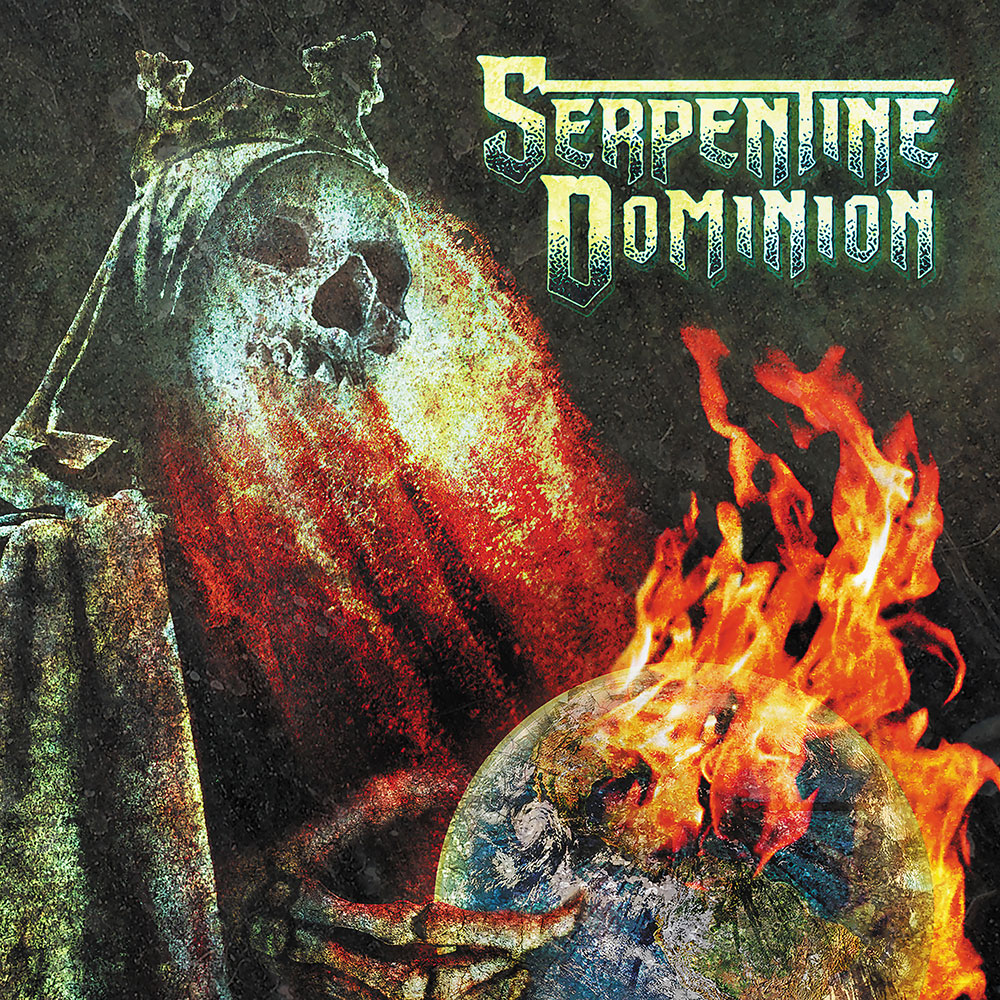 The first track is only an introduction whose goal is to let us understand by ourselves that even with their melodic elements, Serpentine Dominion has a heavy sound. Extremely heavy sound. The Vengeance In Me confirms us this feeling : it’s really violent, but how awesome ! Corpsegrinder’s voice perfectly fits on Adam Dutkiewicz hateful rhythms. Second song, Vainquished Unto Thee. With a bit more harmonic and lead guitar, but it won’t slow the tempo. Back vocals are more present in this track, but it’s a strength for the song.

With Divide, Conquer, Burn and Destroy, the band proves us that they can make another step in chorus’ power. It’s with these ones that lead guitar parts are really epic and nearly atmospheric. Sovereign Hate’s beginning is a bit worrying but quickly comes back on tortured and powerful riffs. Corpsegrinder is fully unleashed on this track and improves his screams’ flow.

On The Brink Of Devastation stays on the same pattern, but with more blast beat from Shannon Lucas, who is definitely the man they needed in the band, while Jagged Cross Legion has some Old School Death Metal roots until the chorus with clean voice back vocals under a blast beat flood. A pure jewel.

Prelude is a track that starts with an acoustic guitar that sounds a bit distant, with an electric guitar on the background, but it seems that the sound can explode at each note. This song perfectly chains with the last one : This Endless War. Resuming the melodic tones from the beginning, but quickly coming back to heavy riffs under Corpsegrinder’s powerful voice and Shannon Lucas’ hammering blasts. Adam Dutkiewicz screams a bit on this composition. Much more atmospheric than other tracks, it’s a bit surprising but how awesome to hear Corpsegrinder on this Death Metal range.

Half an hour with the band is fast. WAY too fast. I really hope to hear more from this band very soon, and why not live shows.