Most of us are patiently waiting for our favorite band’s next release, but some small bands are out of the shadow. Descenery is one of them, a russian band that blends Heavy Metal and Melodic Death Metal.

Created in 2014 by Slava “Hadfes Oblivion” (guitar/bass), the band welcomes Leon Relentless (guitar) next year, the two friends started to compose under the name of Equalusion until 2017 what is now known as the basis of Stillborn Monolith. An impressive amount of guests, internationally known or not, featured on this album. We can find out that Mick Armstrong (Atma Weapon), Anastasia Mescheryakova, Igor Plotnikov (The World Within), Dario Guarino (Nameless Crime) Emily Highfield and Sebastian Nadjer are singing, Stephan Kobiákin (A Dream Of Poe, Summoned Hell), Phil Romeo (Countless Skies) play bass as well as Dag Swanö (Nightingale) and Ragnar Widerberg (Whitherscape, Shadowquest, Witchcraft) play lead guitar. Such a great list, but it’s time to discover the band’s wide universe, isn’t it ? 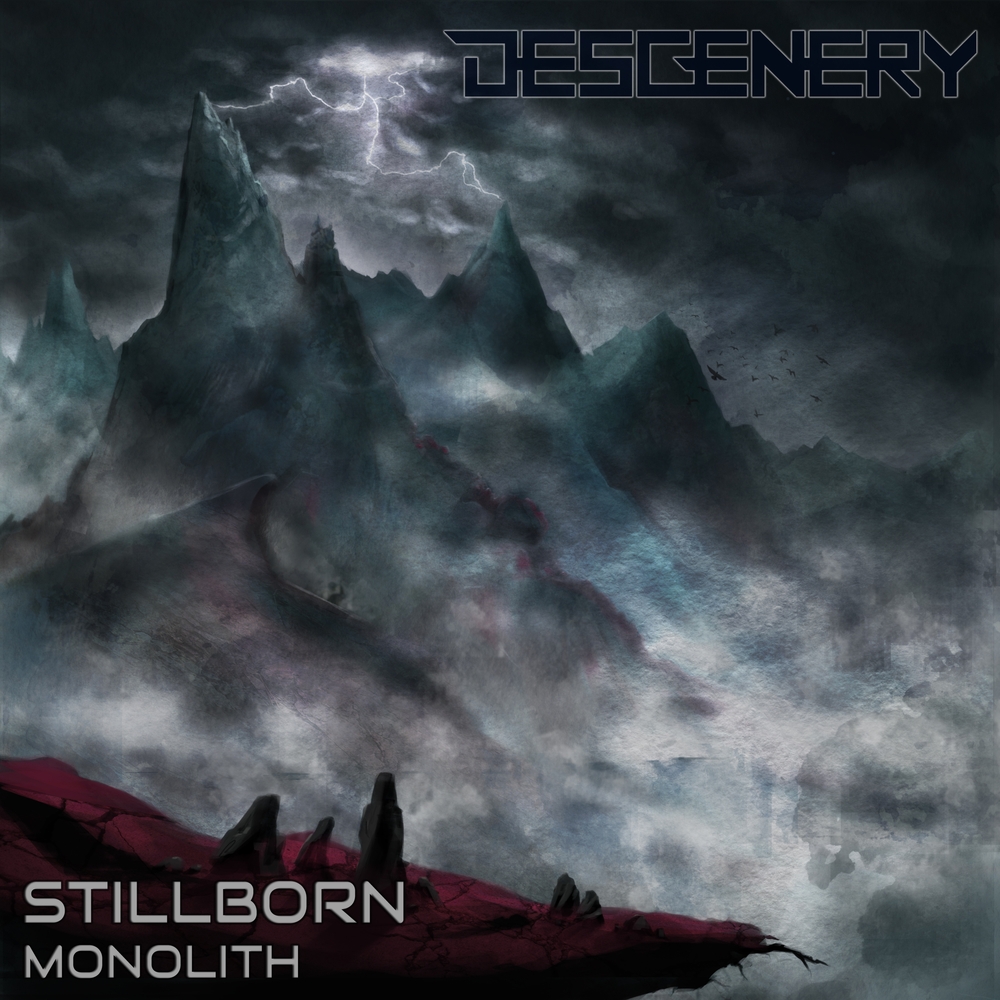 This album starts quietly with Season Falls’ keyboard to let understand that melody is the band’s composition’s main element. The storm stops to let place to No Way, a catchy song full of keyboard sounds. Once you’re seduced the powerful voice that walks with a cheerful rhythm part, it’s time to introduce you to a darker song, Stillborn Monolith. It seems that they worked more on this song than on the previous one, intensity increases while voice turns into scream. The chorus is notably motivating.

Passages Of Sandstill comes back on atmospheric tones, while bass is more technical than usual for a Progressive sound, while Vale includes a female symphonic voice. This change of universe might sound brutal, but it stays in this patchy universe that the russian band created, as well as A Man, Anew. Focused on melodic part that sublimates a harmonious voice, this track is the album’s ballad. Why ballad ? You’ll understand after you hear Running Out Of Time. Without avoiding melodic parts, screaming voice and heavy rhytym parts made this song the record’s heaviest one.

Another delicate break with Denial Opus, that suddenly let place to a simple but catchy rhythm part. I was surprised to begin headbanging to this one, while waiting for the last extract, Divided. If you were not really into this album, it was worth the wait. This track, whose mesmerising lead guitar is my new musical crush. Mick Armstrong’s voice participate much, but I admit that russian surpass themselves on rhythm track. Impossible to be bored a single moment on such an intense track.

You don’t like linear albums that just settle for playing on a single style and that dwells on the same arguments for years ? Descenery’s diversity seduces me, and it’s in my opinion their main strengh. Unfortunately, scene play could be hard due to the voice, but some songs are anchored in my mind, and I’m sure that they’re here for a long time !