Sometimes, tracks are the truest words and make you want to discover the band’s whole universe. It’s during one of my vagrancies on YouTube that I discovered Lacrima Profundere.

I knew who they are by name, but I never really checked the german band’s work, even if they’re now 24 years old with a rich career. Nowadays, the band plays a mix of Gothic Rock skillfully blended with Doom Metal tones. To gather Rob Vitacca’s hypnotic voice (singer since 2007), there is Olivier Nikolas Schmid (guitar and founder), Tony Berger (guitar since 2005) and also brothers Clemens and Christop Schepperle (bass and drums since 2013). The brothers didn’t work on Antiadore, the band’s tenth record, but passion takes me with this one. I have rarely seen a band creating such a heavy music on pain… 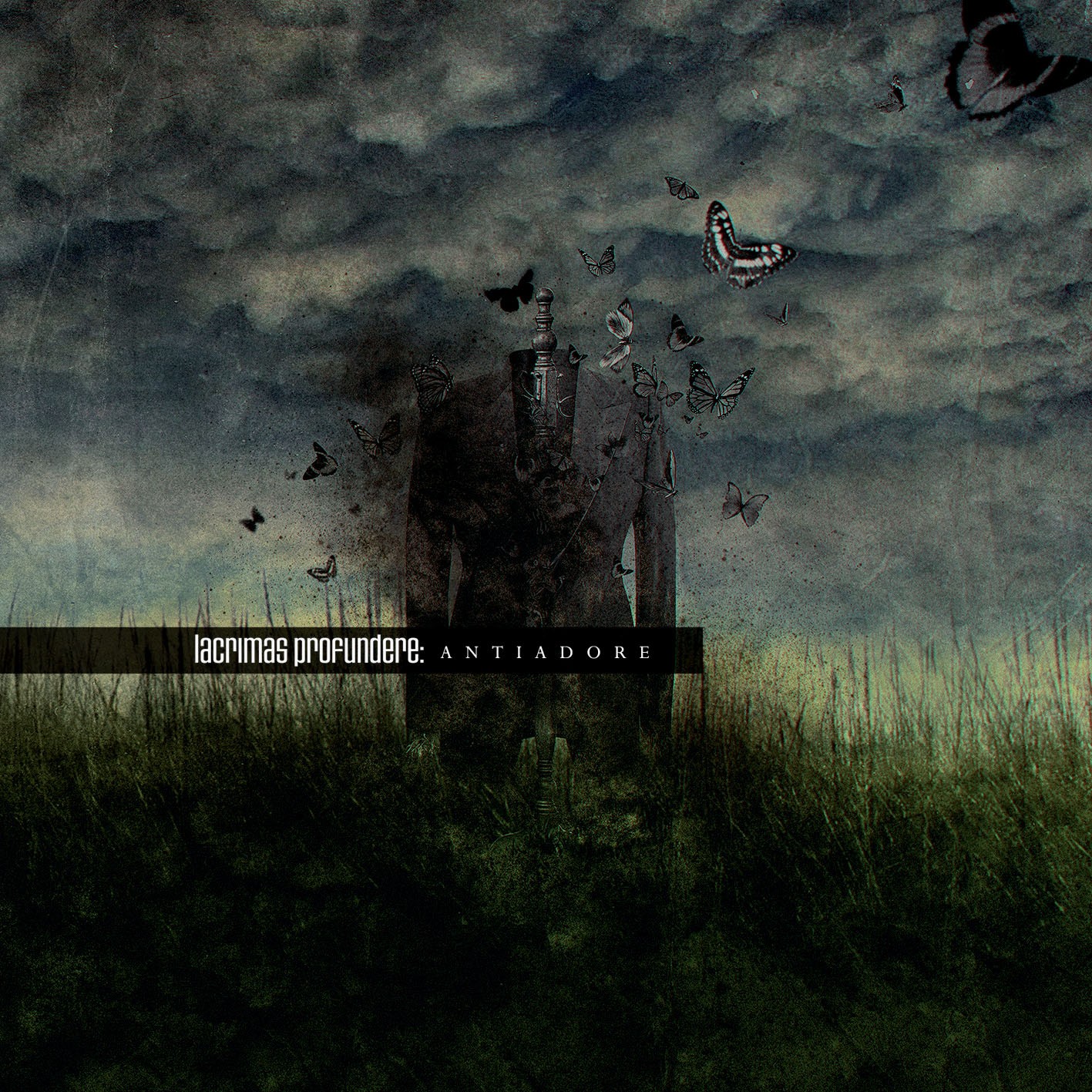 They begin the record with My Release In Pain, a true hymn that seduces me since the first notes, and on which we can hear Christopher Schmidt, the band’s first singer. Heavy riffs, a warm and comforting voice, the screams. There is a stark in the contrast and it gives goosebumps, but Antiadore is the next one. Some electronic sounds then rhythm takes over before Rob starts to do his job perfectly. As dark and heavy, What I’m Not will finish to convince many of us that will start to hum without a clue about lyrics.

The band changes their style a bit with All For Nothing, a song that could be considered as an atmospheric ballad, that will have another dimension thanks to Rob and its voice. You miss Metal’s aggressive riffs ? Just wait for Dead To Me to find again this controlled violence, while the guitar sound on Abandon will mesmerise you for without a single doubt. Another ballad with the melancholic Still in Need. This track filled with sadness will probably bring back some painful moments, but this sensation is quickly dissipated by Deny For Now and its massive rhythmic.

Another soft moment with Head Held High and its soothing ambience, while My Chest is a really catchy song. This apparently unpretentious track catches me but the band surprises me again with Remembrance Song electronic sounds. Lyrics are full of despair, but the song itself is rather enthusiastic, and this contrast is thrilling.
It’s not the same thing with A Sigh, that focuses on darkests emotions to convince, while Words is for sure able to make a whole audience shiver. The record’s last song, Doomed And Unarmed, begins as another ballad, but the chorus will prove that it’s more than just this. An energising track that makes me want to play the full album again !

I deeply regret to let this band aside for this long. Lacrimas Profundere is a band that is able to make our mind travel far from our body with melancholic melodies and that are a proof of living a great pain. It’s also their purity and the simple way they’re handle with such serious subjects that seduces me, and I hope that a new show in France will be booked…