Hosted by darnkess, Depths Above just released their first full-length.

Created in Czech Republic in 2016 by Vama Marga (vocals/guitar, Bhagavat, Bloody Lair), Sarapis (drums, ex-Moravská Zima, ex-Žrec, ex-Inferno, ex-Tears of Styrbjørn), Ivan Teleranko Dvorsky (bass, Desert Witch, Tele, ex-Forty Six, ex-Rotavator) and Dreamancer (guitar), the four musicians quickly start to work on their first album. A first single is unveiled at the end of 2017, but we have to wait until september 30th 2018 for Ex Nihilo to be out. To their Post-Black basis, the band add some Doom and Death Metal touches to create their very own sound and universe that I let you discover. 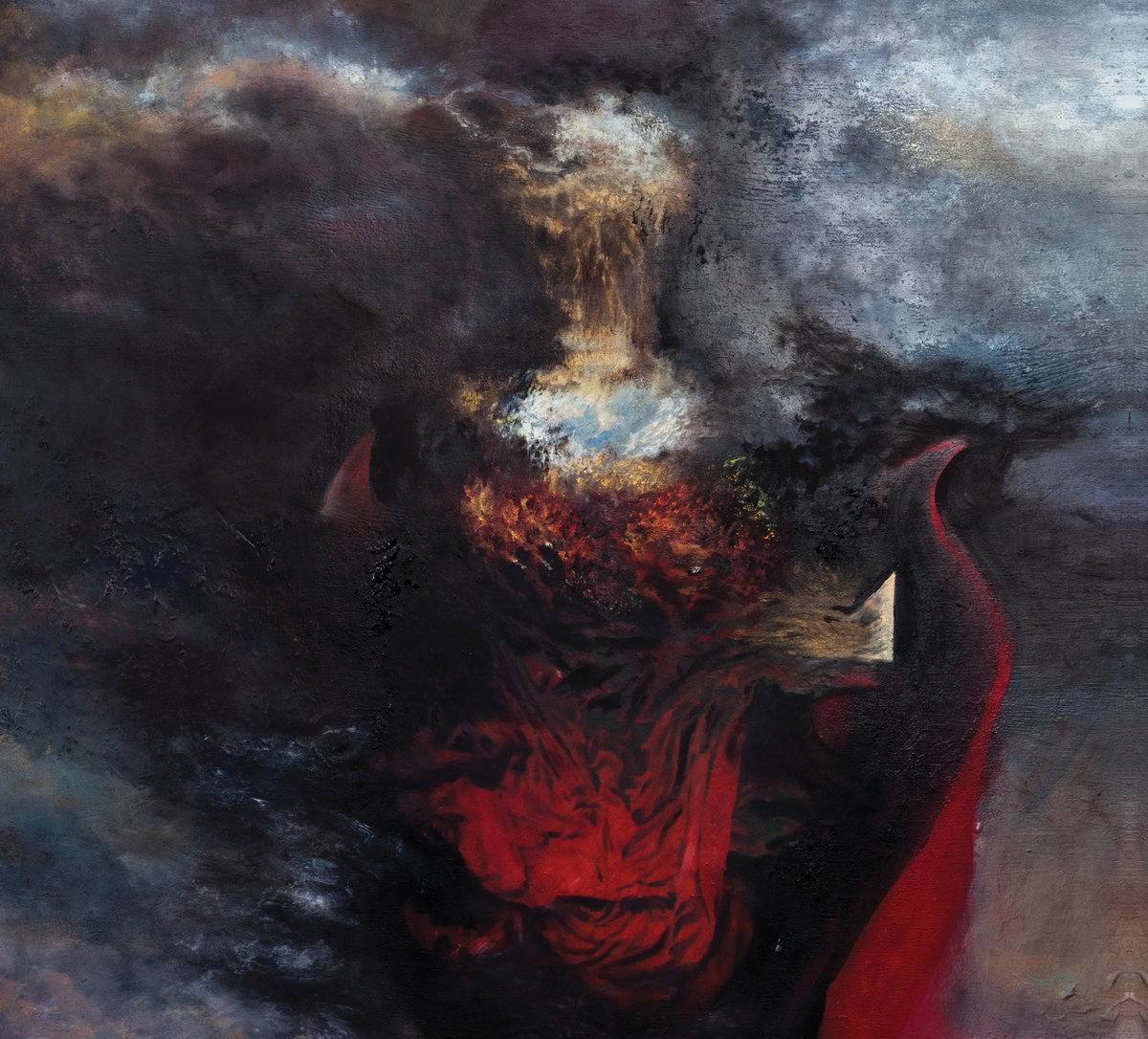 We start on Here And Everywhere, a composition with a dark but quiet sampled introduction. Instruments come thereafter bringing an unhealthy touch to a yet weighing ambience, and the drummer’s blast beat impose us a rawer sight on their musique. Deep screams add a third dimension to the composition, the terrific one they inspire. Plaintive choirs join main vocals, and this original blend develops the mystical and painful aspect that breaks out of the song. The band continue on The Descent, their very first single. A spoken voice supports an introduction that pledges a very dark track. The rhythm doesn’t disappoint me: we have the feeling to sink into the deepest of the bowels of Earth with the only company of this cursed sound. The next step of the composition shifts itself to an Atmospheric Black Metal that the band spin around us, and that join raw sounds to airy harmonics.
A Prayer, an acoustic song, is the next one. Czechs show their strength to melt creativity to a very atmospheric Black Metal music, but that above all grows by spread harmonics all around us. Guitars are obviously honored, but neither heavy and mesmerizing bass or the highly technical drums are ignored in the equation. Rhythm finally bursts into fire before going to the clean sounded break, then goes back to this extreme madness after a dissonant moment until the final part. The last song, Ex Nihilo, is quite disturbing. Blackened Death Metal power melts to soft and atmospheric but as dark as moving riffs, to support a voice that seems to be full of despair. Clean vocals choirs sometimes come back to usher riffs until the end where they fade away into the pain they bringed.

Thanks to their hard work on Ex Nihilo, Depths Above offer us a rich and deep sound, that leaves a mark on everyone’s mind. The band is young, but know how to make the best use of every style that inspire them for one of a kind and touching compositions. A live experience would be an interesting experience to feel.