When violence’s call happens again, Nostromo comes back on stage after more than ten years of hiatus.

And the swiss loved it, because they just released Narrenschiff, a six-track EP that places itself on the top of a discography composed of three album and three EPs since 1996, with a break between 2005 and 2016. For the line-up, we now have Lad Agabekov on bass, Javier Varela on vocals, Jérôme Pellegrini on guitar et Maxime Hänsenberger behind the drumkit, even if  Kevin Foley (ex-Abbath, ex-Benighted, ex-Mumakill, ex-Decapitated…) sometimes plays with them on stage. Are you ready? I know that you’re not. 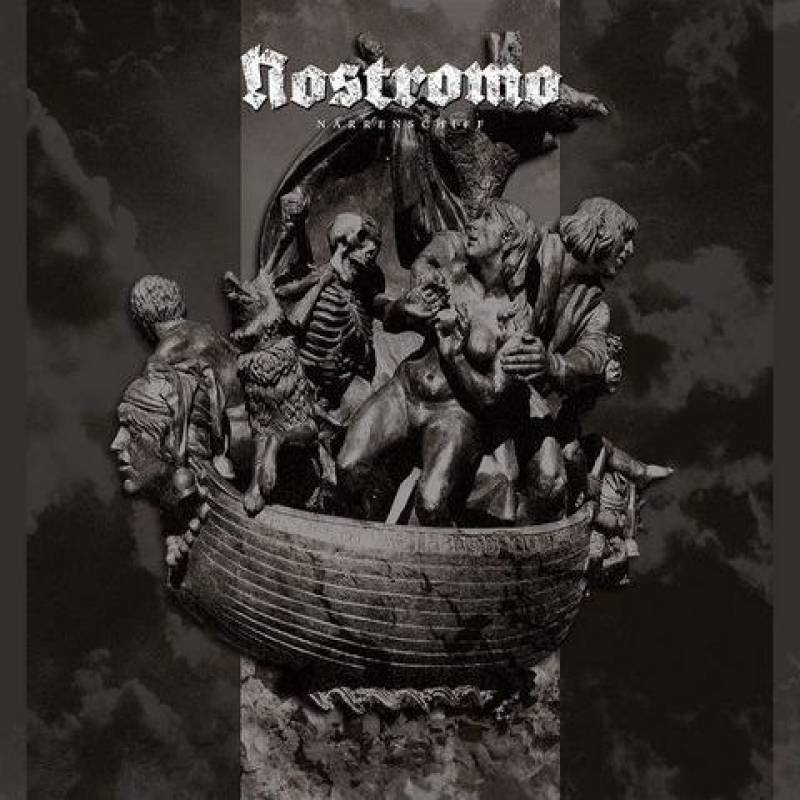 Let’s start slowly (and ironically) with The Drift, a song that comes back to the band’s roots. Blast beat, saturated guitars and unleashed screams for sure features on this first track that confirms that the musicians kept their rage and fury alive. Even on breaks, dissonant riffs oppress us and make us want to move. Tacitum follows, and it is now obvious that the recipe didn’t change: the mix honors every instrument in this organised chaos, but also salutes the Old School side of the sound. Guitars are greasy, the bass/drums duo is heavy and vocals preserves this visceral aspect. Superbia comes back on Grindcore basics with fast, jerky riffs and savage drums that frames everything. Energy is communicative, and I think that if you resisted until now, your neck will move by itself.
A bit less fast-paced on the introduction, As Quasars Collide will quickly reconnect with outright violence to create a true wave of sound that swept everyone off its feet. Even if the rhythmic slows down, intensity doesn’t decreases, and the flashback is just as violent. Septentrion, the longest track, begins with an enigmatic sample. Impossible to really guess what will happen, and when it seems like the riff will blow out, it calms down again. But the most appropriate thing that guides Nostromo is violence, and the guys won’t stint themselves to make us understand it now. Last track, Narrenschiff lasts just a bit more than a minute and a half, and combines robotic voice sample with a worrying rhythm part while focusing on this saturated and dissonant sound before fading away with a crackle.

Whether they were respected for their powerful approach of music before their break up, Nostromo proves with Narrenschiff that their reputation remains untouched. A clever melt of frenetic riffs, fiery hits and devastating screams. To listen to urgently, if you don’t fear Grindcore.