Here is a simple question, what happens when we melt dark riffs and violence? Dearth. 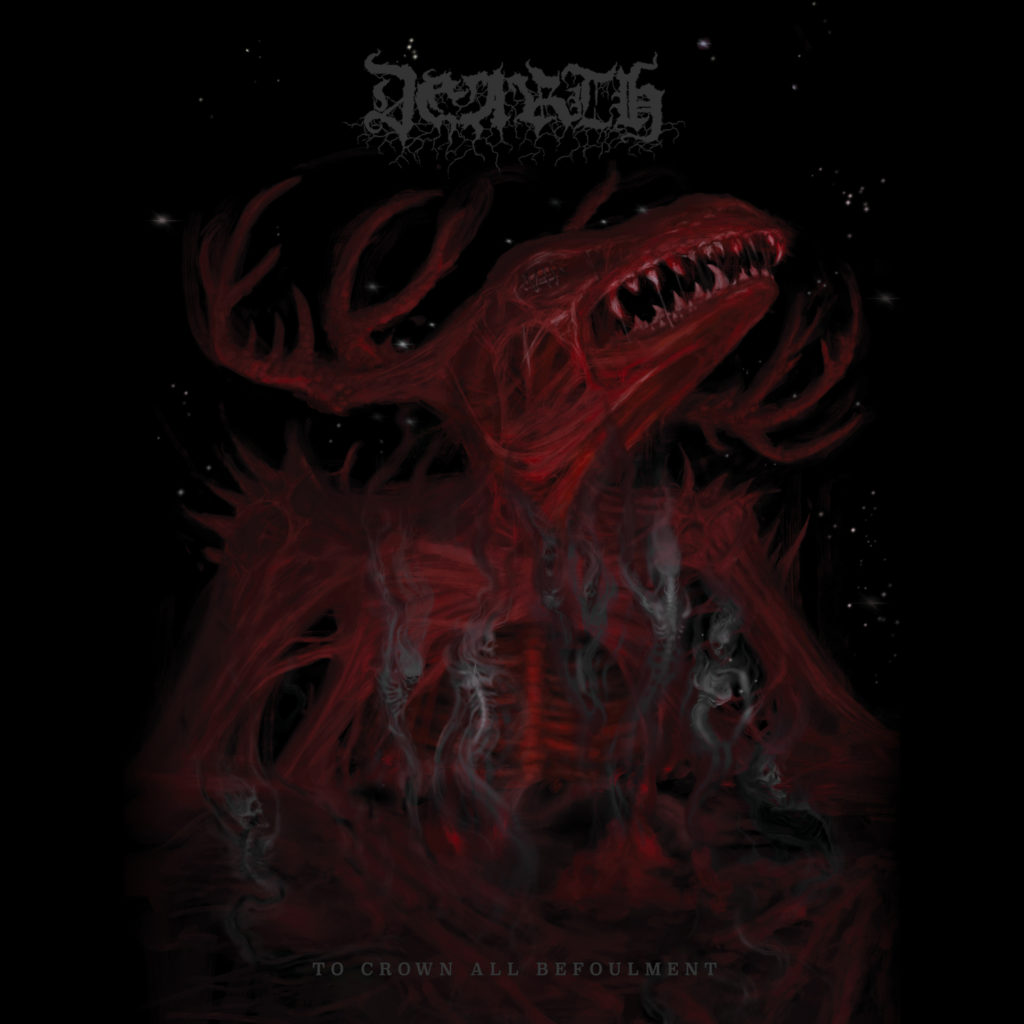 Cleverly blending together a warlike Death Metal and an unhealthy Black Metal on an Old School basis, the Americans develop their brutal and frightening universe through six tracks. About vocals, cavernous growl perfectly blends in this blast beat steamroller, while sometimes making place for a piercing scream or grim harmonics. And the mixture efficiently move forward, lacerating everything on its path. The contrast between those two voice forges the ambience, just like on Death Sown in Polluted Soil while it’s mainly the fierce rhythmic that catches us before assaulting us, as on Autoasphyxia. The addition of Black Metal elements on The Reverence of Swine’s impressive riffs also allows the band to hypnotize us while smashing us, and whether all tracks have this greasy touch, this one is extra heavy. Last song, Blight combines sharp-sounding guitars with a roaring bass, characteristic of a thick Death Metal, and an unstoppable blast beat to close the album.

With their crushing Black/Death, Dearth brutally enters in the american scene. To Crown All Befoulment’s rage is palpable, and the musicians are motivated, offering qualitative riffs as well as an Old School sound that perfectly fits us.

One thought on “Review 201: Dearth – To Crown All Befoulment – English”