Convocation comes back to drape the world in its ice-cold dark veil.

Founded in Finland in 2013 by LL (instruments, Desolated Shrine, ex-Sear) and MN (vocals, Dark Buddha Rising, Waste of Space Orchestra, ex-Candy Cane), the duo works on a first album released in 2018, then on Ashes Coalesce, their sophomore album. 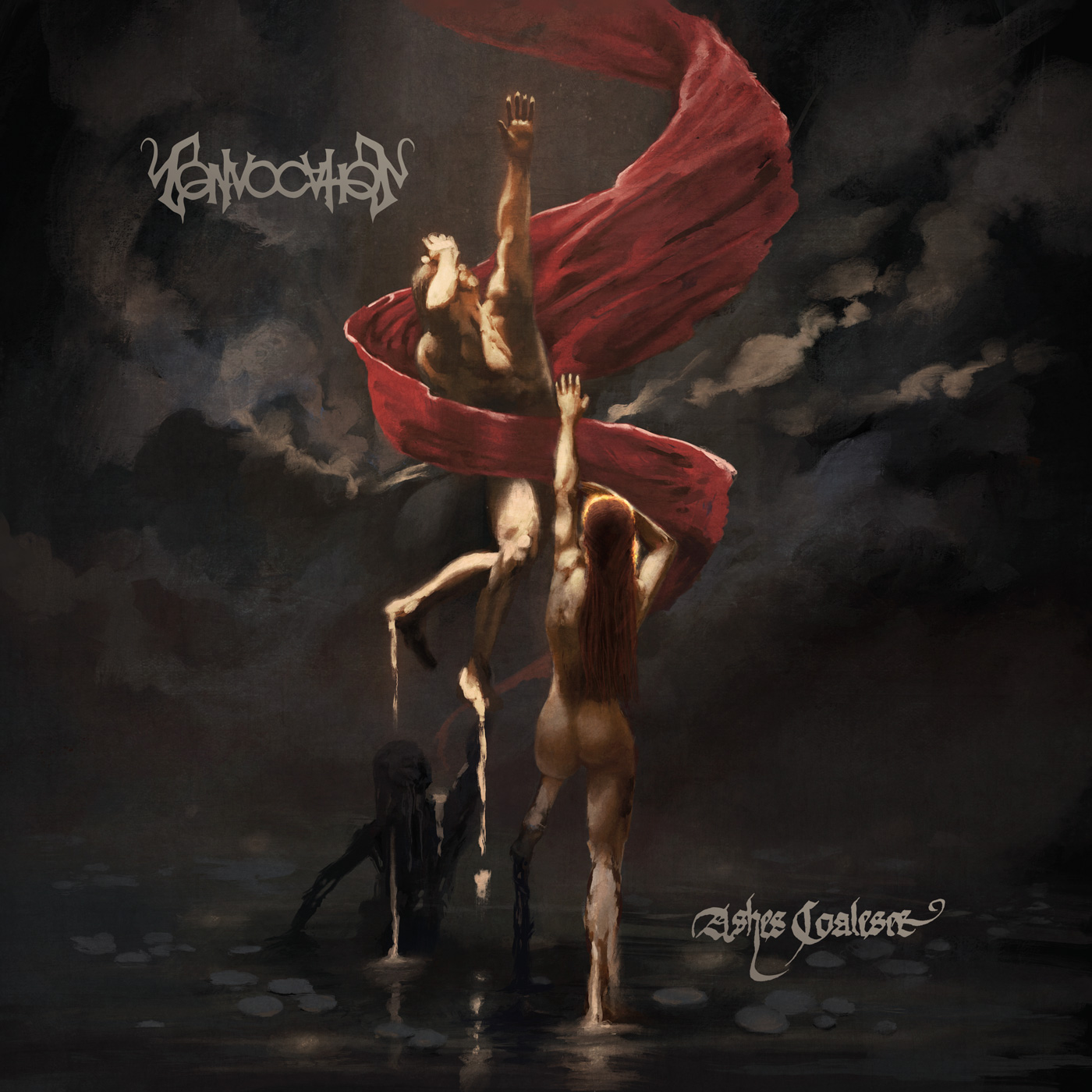 It doesn’t need a long time to the two men to catch us in this blackness bubble that oscillates between Funeral Doom and Doom/Death. The sound is slow, melancholic and stabbing, as Martyrise, the first song, witnesses. With cavernous growls and visceral howlings, the band places harmonic after harmonic, hit after hit. The recipe is the same for The Absence Of Grief, a track on which the band is helped by Anssi Mäkinen’s vocals (Profetus, ex-Horna), as well as Tenebrous Tonchev’s spoken words. But in addition to this omnipresent oppression, we also have a lead guitar and keyboards in the background that participates to make this ambience a majestuous one, even if it is still cold. And this beautiful contrast perfectly fits to the song, offering a plaintive dimension, nearly fragile compared to a heavy rhythmic. Misery Form’s mystical introduction project us again in this precious dark heaviness, but also worrying beauty, flirting with Black Metal. A cristal clear voice comes to complete this enigmatic musical painting, adding another dimension to the panel of voices that already rages. Portal Closed, the last song, add keyboards to recreate one last time this cold, mystical, outstanding and nearly unhealthy ambience thanks to a final instrumental composition. And once again, we’re catched until the last second.

Thanks to Ashes Coalesce, Convocation makes us sink in the abyss they opened a first time. Our journey is anguishing and wonderful, frightening and absorbing. There cannot be a single doubt about their releases’ quality.