I’m ready to bet you heard about Avatar in the past, don’t you?

After a dazzling popularity growth, Hunter Gatherer, the Swede’s eight album, is finally out. Founded in 2001 by John Alfredsson (drums) and Jonas “Kungen” Jarlsby (guitar), the band is joined by Johannes Michael Gustaf Eckerström (vocals) and Henrik Sandelin (bass). They play Melodic Death Metal and begin to release demos and albums, but we have to wait until 2012 with Tim Öhrström (guitar) for the line-up to be the one we know now. Adding more and more Nu Metal influences and a royal visual style, nothing can stop them. 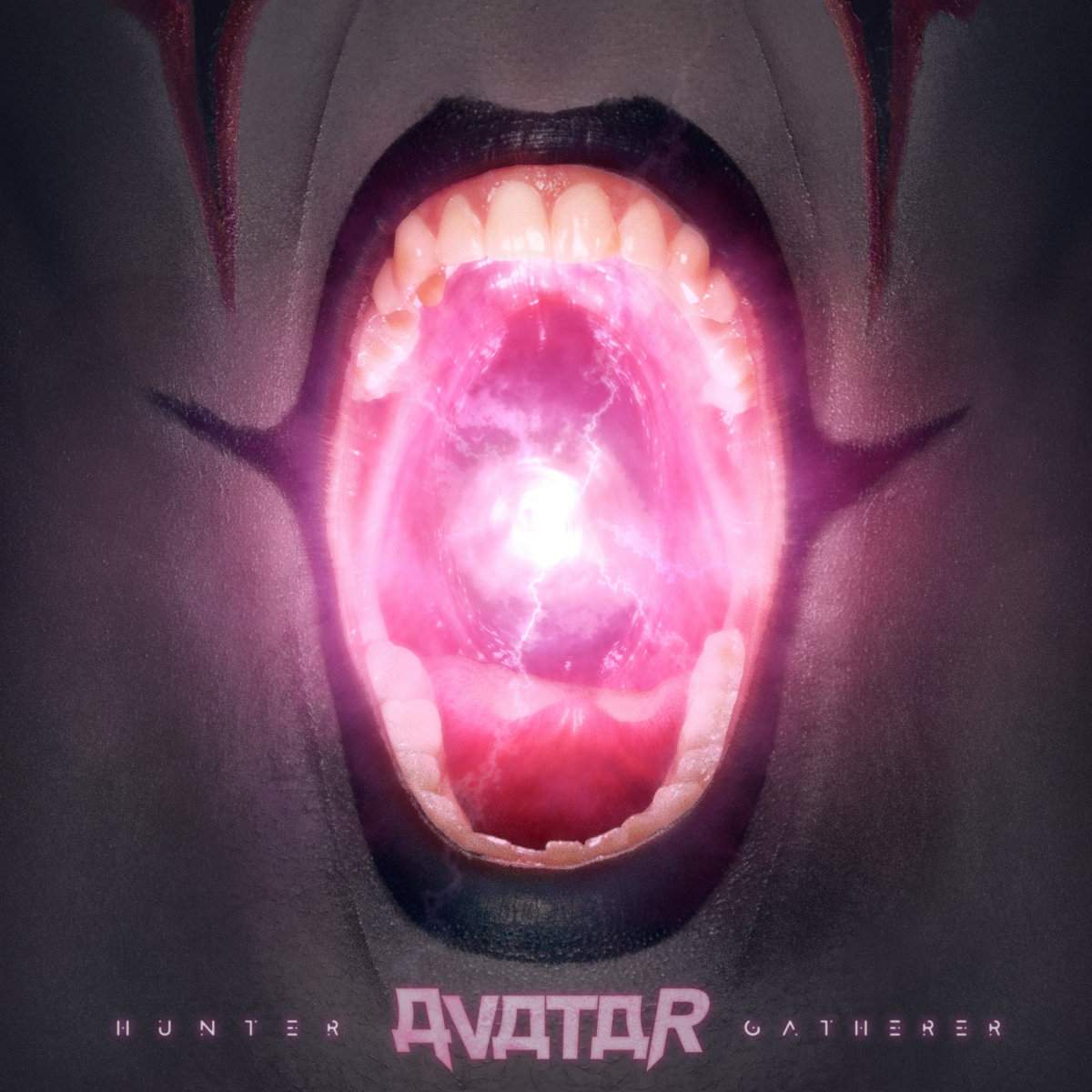 Precisely defining Avatar’s music is a tough exercise. The band have many influences, and they are all violent, melodic and groovy, just like Silence In The Age of Apes, the first song, can prove it. A snoring bass and drums meet riffs that recall the band’s early influences with those visceral howlings with sometimes backing vocals. Colossus stays in this Nu Metal wave with samples, bassdrops and then a solid and military rhythm part. The vocalist’s clean and worrying vocals comes over then we meet this interesting and catchy ambience again. The weighing but relaxing atmosphere of A Secret Door allow us to discover or rediscover this aspect of the band’s universe before coming back to more aggressive parts, and it is this schizophrenic contrast that we love. A calm that calls the storm, named God of Sick Dreams. The introduction is oppressive, and we are literally bludgeoned by the swedes’ firepower. Between clean vocals and screams, the sound is greasy and catchy. While we talk about catchy sound, Scream Until You Wake is the next one, and it’s another flood of this melting of sharp harmonics, groovy rhythmic and mesmerising vocals.
We go back to a worrying range with Child, a disturbing song that stays in mid-joyful mid-heavy sounds while sometimes releasing the band’s fury. The chorus is surprising but federative. The band goes back in this warlike rhythmic full of groovy harmonics for Justice, a song with an important contrast, between cutting riffs overcomed by visceral screams, soft chorus and clean vocals that melts for Heavy Metal parts, disturbing whispers… some kind of creative madness that picks from everywhere. A piano introduction for Gun, a strange track that let the vocalist tell us his story. We are waiting for an explosion, but it doesn’t come, even if some chords join the duo on the end. We come back to a more classical composition with When All But Force Has Failed, a more energetic and catchy song as the band perfectly knows how to create. We find this fury into the singer’s screams, but also in the rhythmic. Last song, Wormhole is a melting between dissonance and pure violence, that will only be break by a clean singing vocals, but it still keeps this characteristic intensity.

While remaining on their own style, Avatar achieved once again to surprise us. Hunter Gatherer is a melting of its creators’ complex personality, and makes us swim from an aggressive rhythmic to soft parts. The band’s madness is fully unleashed, and it can be hard to follow the musicians.