Reviving under a new entity, Serene Dark is ready to unleash its power over the world. Founded in Canada under the name of Endemise in 2005, we meet up with brothers Dale Sauve (guitar/vocals, Dissentient) and David Sauve (drums), but also Alex Aksentyev (bass), Francesco Falsetto (vocals, ex-Killitorous) and Graham Murphy (guitar, Ominous Eclipse). Here is Enantiodromia, their first full-length under this name, but that adds itself to three other releases, that the band reveals. 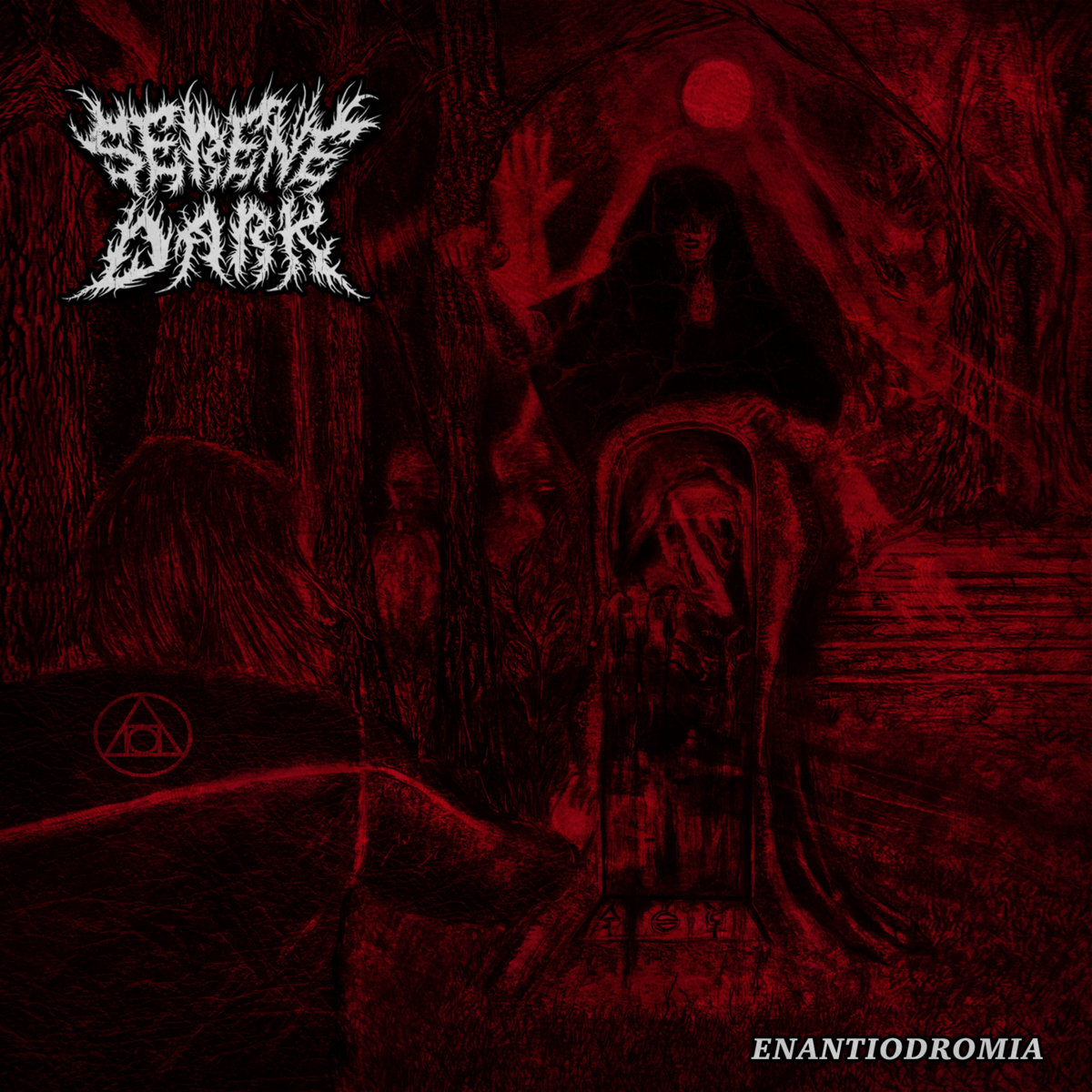 The first contact with the band’s music will be the introductive sample of Dualitatem. It is dark, catchy, melancholic, and allows any doubt to persist. Orchestrations are next, then a harrowing and intense rhythmic hits us at full force. Melting warlike Black Metal, mesmerizing harmonics delivered by a sharp lead guitar and again those powerful orchestrations, the band’s music strikes hard at every moment, offering us Of Serpentine Form and Where Time Drowns Still, two violent but sublime songs. The vocalist’s howlings are heartbreakings, and his screams sometimes comes with deep growls, which creates a catchy contrast that immediately seduces. Trance of Disintegration is a perfect example, and the song is heavy. But the band is also able to initiate a frightening ambience, like on Dweller in the Void of The Spirit’s final part, that quickly continues on Reflecting Envenomed’s raw power and heaviness. Some majestic Gothic influences can be spotted on Grieving the Distortion of Self, an instrumental track accompanied by a sample, then the band comes back to an impressive Black Metal for Malocchio. The Last Disciple of Dionysus plays anew on heaviness and blackness melted together that highlights one of the finest vocal part. Last song, Onward, Burning, Radiance begins with a sampled voice and a melancholic keyboard that call once again the band’s stabbing and massive Black Metal for one last time.

When I discovered Serene Dark, I didn’t expect to be so surprised. Enantiodromia is a breathtaking album, that handles as much heaviness, melancholy and visceral sounds while perfectly melting them. When they changed their name, the band gave birth to another part of their soul.