It’s from Rotterdam but also in Bratislava that the glorious Distant comes from, Downtempo/Deathcore band that you will or already appreciate a lot. 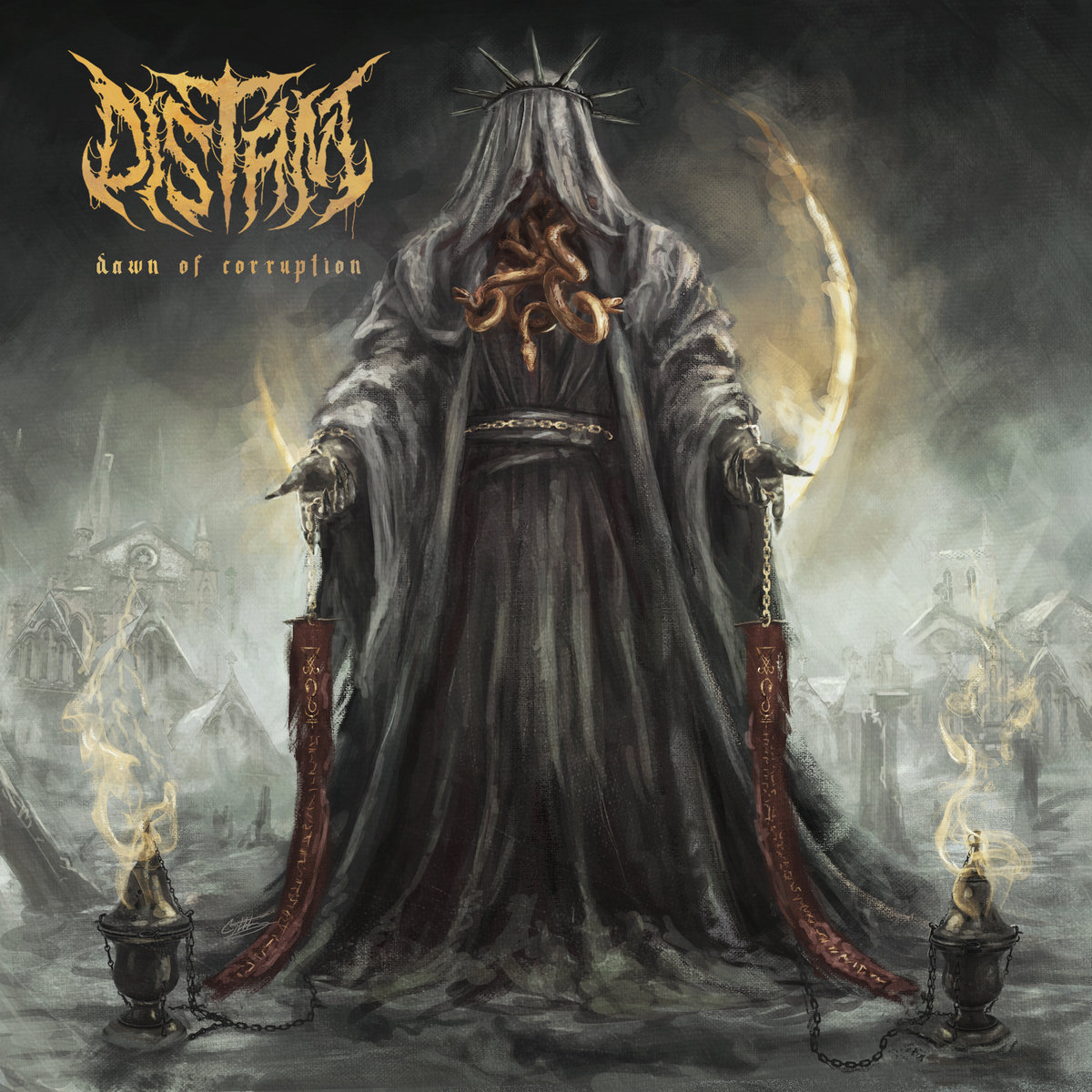 We start with this introductive track named Hull of Crows, and we are immediately sunk into a heavy and frightening ambiance. We are already soaked by the universe of the album with its strong and intense tones… It’s official, the album begins with Dawn of Corruption! This perfect featuring with Jason Evans, singer of Ingested, gives us a very heavy and catchy track like we all love. Between fastness and greasiness, this song is gonna shake you to the guts, but beware, don’t let you mesmerize by those sweet whispers because it’s going to start louder again to come back to calm before the storm. Then comes Hellmouth which sinks us into a possession ritual with hitting tones. Let me tell you, this gonna shake your stomach and if you love breaks, this song is for you. Between transition voices and a very good rhythm, the band also knows how to place slowdowns, but also smothered sounds and a slight melody in the background. Let’s now move on Oedipism that will literally tear your eyes out. This is the most energetic track of the album, aggressive from the start, voice alterations to finally superimpose them, intenses changes of rhythm, good guitar solos and crazy breakdowns. To be honest, I hesitate to confirm if you’re gonna tear your eyes by yourself or because of the explosion that takes place in your brain. It’s unfortunately almost the end with Temple of Taglaroth, ladies and gentlemens this guitar sounds like an alarm will attract you with an energizing and lively sound, in featuring with Mendel Bej de Leij (ex-Aborted, ex-Oracles), the band and himself offer this before last track. And it’s The Void which closes this record. Come on, relax, close your eyes and let yourself be carried away by this sweet music, but it’s still whispers that will wake you up. There are still a few seconds left, they invade your mind before unleashing huge breaks. This song is the slowest and the heaviest of this album which will satisfy you with this quarter of an hour of listening.

You understood it, it’s not an album to miss after this review as gore as Cannibal Corpse album cover, sounds that come straight from the depths, Distant offers us a short album but well filled with lot of surprises, and if you don’t want to wait, you already have Hellmouth’s gorgeous video clip which is available!

One thought on “Review 310 : Distant – Dawn of Corruption – English”