After a long break, Cidesphere takes the arms back.

Created in 1998 in Turkey, the band offers an EP, a split with Suicide, then a full-length and fades away in 2005. It’s in 2017 that Oral Akyol (vocals, Carnophage), Aydin Aytaç (guitar) and Basar Çetin (guitar/bass, ex-Carnophage) reunite. They call Taylan Firat (guitar) back then finally Goremaster (drums, Suicide, ex-Cenotaph, ex-Decimation) join them for the release of Dawn of a New Epoch, their second album. 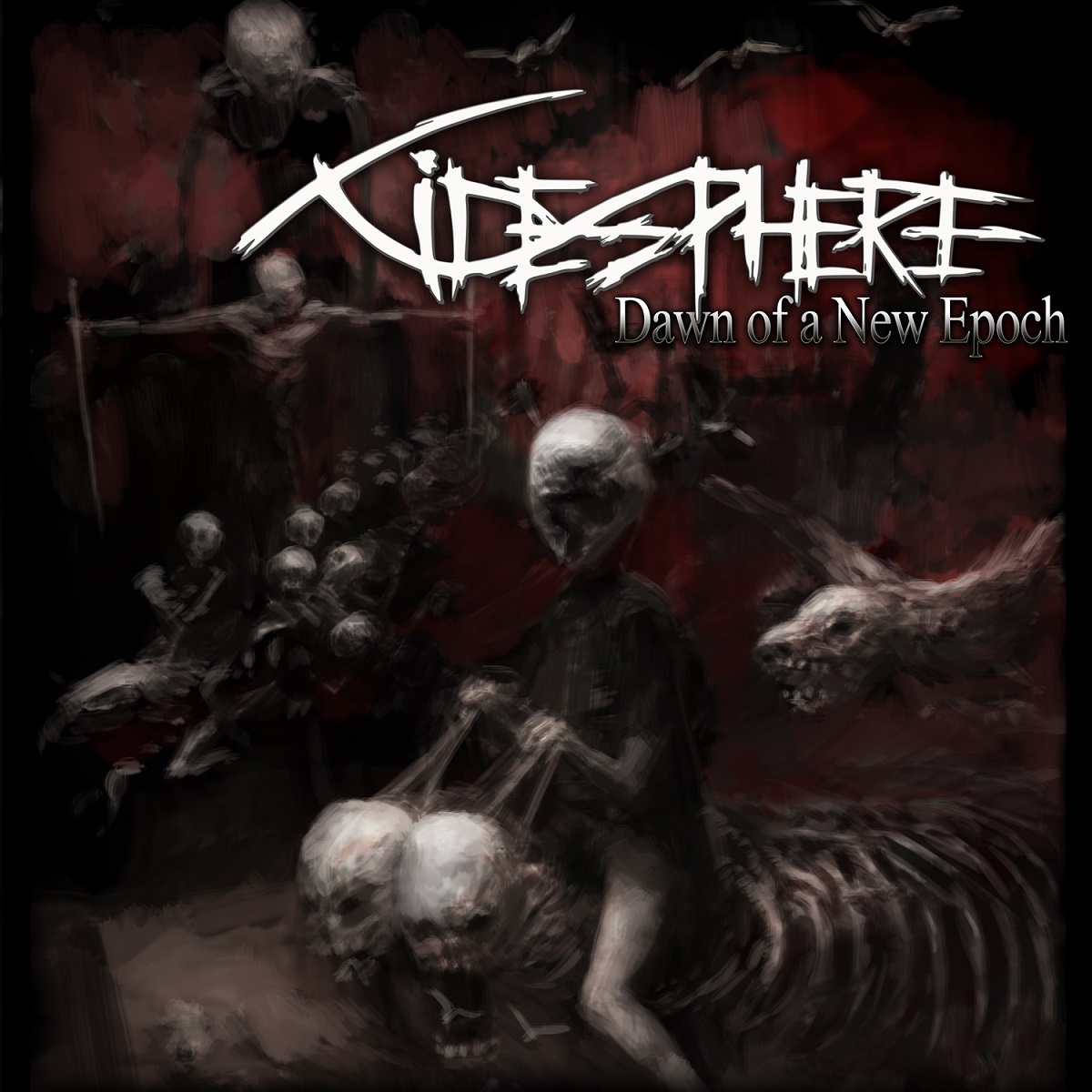 Reborn in Execution is the first track, and also the one which proves that the band is determined to crush us under those riffs full of aggressive melodies. Influences are obvious, and those swedish-inspired riffs project us on Plague of Greed. The sound is impressive, and howlings wonderfully integrate, leaching through piercing harmonics. Living Scars slows the tempo down a bit for the introduction, but the storm rages anew and the rhythmic carefully lacerates us before letting place to an ethereal clean sound. Sacred Patronage is next, and once again some visceral screams seize the listener. Yet very energetic, the composition is weighted again with a break, while Sadist plays on dark and worrying tones. Melted to those sharp leads, the composition is both solid and effective.
Dawn of a New Epoch, the eponymous song, creates a link between a cold rhythmic, more technical parts, impressive vocals and permanent harmonics, allowing the band to have a crushing sound. Death Is Only Yours finds speed and jerky rhythmic back for more Old School roots, while we keep the coldness on March the Backstabber. Double vocals are freezing, and we are quickly trapped in this storm of blackness, sharp melodies and we can once again feel some obvious swedish influences. Hate Design is without contest the heaviest track. Not only because of the martial rhythmic, but also because the whole song catches us to relentlessly strike us. Sui Caedere, a last black composition with frightening clean sound, has the task to close this album, release all the pressure with this unhealthy intensity.

Cidesphere decided to come back on stage, and the band proves its determination through Dawn of a New Epoch. The full-length is intense, compositions are powerful, and influences from Swedish Melodic Death Metal heavyweights are here.