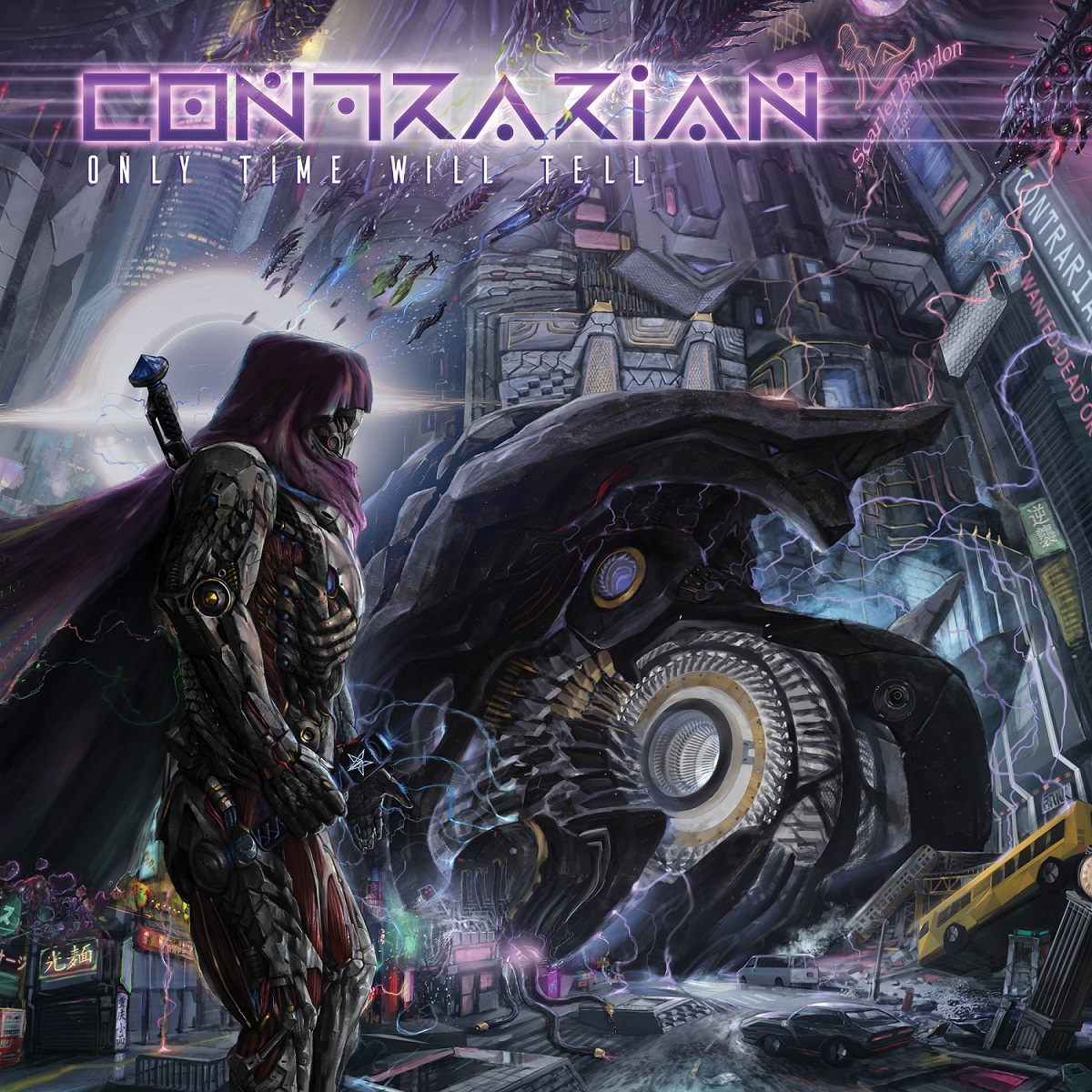 Even if the line-up suffered from serious changes, the musical direction is still the same: we stay on a Progressive Death Metal with well-worked riffs, futuristic ambiences and a flawless mastery of every instrument. We will also notice that Giorgos Bokos (Stone Cold Dead, ex-Nightfall, ex-Rotting Christ, ex-Obsecration) does some back vocals.
The album kick starts on In a Blink of an Eye, a song that shows at the same time the individual strength of musicians, but also their abilities to make the whole thing very coherent and also very heavy. We find this brutality on The Final Hour, a composition that accentuates dissonant harmonics produced by the guitar duo, but also by the bass player, while the drummer offers his more accurate hits. About vocals, we are still on a greasy Death Metal before Beat the Clock, an instrumental that offers once again an incredible spreading of mastery in which musicians add some airy tones. Violence is back for Case Closed, a quite melodious song that sometimes slows down, but that never forgets this extreme mastery.
Melting of futuristic sounds and direct influences from the legendary band Death for The Mega Metropolis, a song that will send chills down the spine of Sci-Fi lovers. This bass… this playing… We continue with Scarlet Babylon’s meticulous riffs, an airy track that picks into some Jazz and groovy roots. Those dissonant and heady harmonics placings are simply wonderful, and the band know how to use them sparingly to have the most powerful impact, while using some seizing back vocals. Tempo calms down with Only Time Will Tell, the eponymous track, and its dark tones. Grunts, distant sounds… then nothingness, that suddenly releases us on Your Days Are Numbered, the last song. This one is by far the longest one, and allows every musician to prove once again its mastery through those seven intense and fast-paced minutes, that finally softly ends.

While their first EP is only six years old, Contrarian isn’t running out of ideas. Only Time Will Tell pushes once again technicity boundaries while offering clever, rich and above all interesting compositions.