Dread Sovereign is back to haunt us. 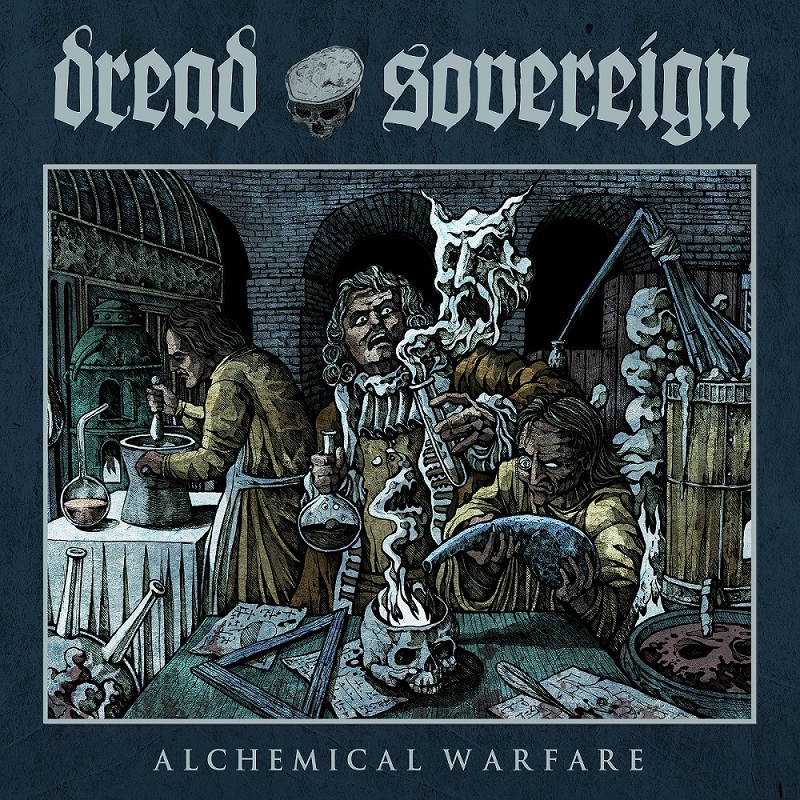 Since the introduction, named A Curse on Men, we know that the sound will be dark and unhealthy, with a hint of mysticism. She Wolves on the Savage Season confirms it, with this long composition of which stabbing introduction leads us on a catchy and more energetic rhythmic. Magic immediately happens, driven by those vocals with special tones, but the rhythmic also wears piercing harmonics, then madness seizes musicians: psychedelic tones, powerful voice, then a break comes to calm everything down. The Great Beast We Serve is next, between weighing sonorities, possessed vocals, and this final spurt, then the dark Nature is the Devil’s Church strikes. Once again, lead guitar offers piercing sonorities while the heady rhythmic slowly possesses us. Vocals also contribute to this occult ambience, on which instrument play. The dark introduction of Her Master’s Voice slows the tempo down for this greasy and weighing rhythmic filled with sharp riffs and majestic ambiences, then it’s a composition that tends to Black Sabbath’s heritage which is next. The drums/voice duo, sometimes joined by other instruments is incredibly catchy, just like this kind of black groove, before Viral Tomb, a frightening transition. Devil’s Bane comes back in those energetic tones on which we already want to headbang, but also this occult touche and those heady leads, then the massive Ruin Upon the Temple Mount strikes. The introduction slowly increases the pressure with this dark ambience, then the rhythmic liberates. Aside of the riffs that can haunt us for a long time, the band offers an oppressive aura before a break, then a crushing final part. You Don’t Move Me (I Don’t Give a Fuck), a Bathory cover, crosses the occult sound with some dark Punk to close this album with energy.

Dread Sovereign surprises, frightens, captivates and crushes. Alchemical Warfare is a very dark and occult album which picks into diverse influences before killing us with the best way possible, making 2021 an excellent year for the band.