Full moon or not, Moonspell are back. 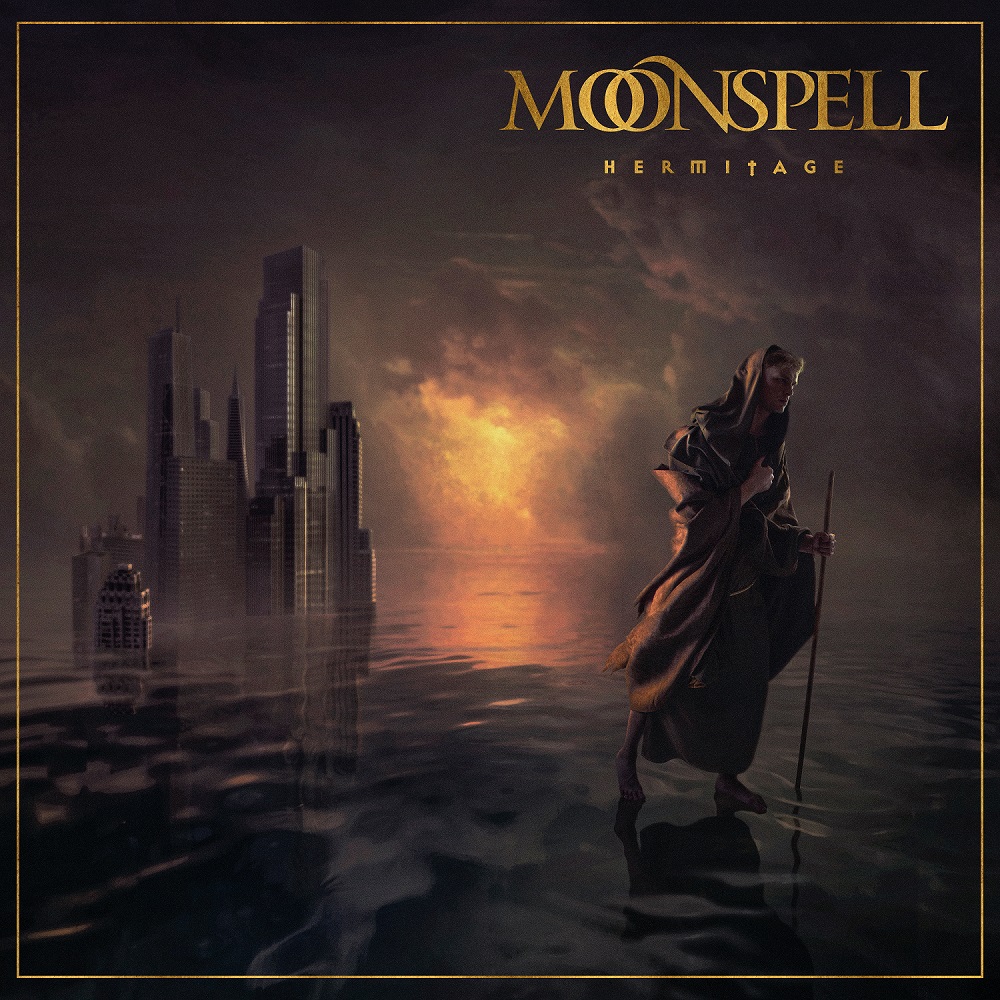 Those who follow Moonspell since a while knew them as an unholy Black Metal band, a majestic Gothic squad with raw Death Metal accents, then more recently the Portuguese relate us a part of their country’s story with dark and Symphonic tones. The band goes further and now plays some very ambient Gothic Metal with soft and mesmerizing tones, illustrated by Arthur Berzinsh (Cradle of Filth). Hermitage is an album that impels traveling, not only because of its artwork, but also thanks to the airy tones that comes since The Greater Good. The frontman’s howlings are quite rare, often letting place to a soft clean voice carried by worked riffs, like on Common Prayers, a quite dark but catchy composition. The instrumental part mesmerizes us, fully letting place to Gothic sounds, then All Or Nothing is next, with Blues accents. Hermitage, the eponymous track, is a bit more energetic, but keeps this oppressive and appealing languor, creating a contrast on which the band plays a lot.
The band continues to its new musical direction with Entitlement, a song that goes to Post-Rock and its airy sound effects that morph to a melancholy veil, while showing the band’s creativity, then keyboards surround us on Solitarian. The song is exclusively instrumental, and allow each musician to express himself before coming back to heavy and heady tones with The Hermit Saints, a song that seems to be the perfect transition between their new and their old influences, offering an one-of-a-kind intensity, but also an impressive accessibility for anyone who doesn’t know the band. Apophthegmata plays once again on this duality between softness and this heavy, majestic and dark aspect that the band grows since the beginning, then the long Without Rule begins. The song perfectly sums their new musical approach up, relying on airy sonorities picking a large spectrum of styles to create this intriguing and true sound, before closing the album on City Quitter, a dark and melancholic outro on keyboard.

Moonspell’s career is long, but not all albums are the same. Hermitage is a new stone in the band’s monument, a new style, a new approach. The band decided to do whatever they want, whenever they want, and it’s a risky bet. But a success.