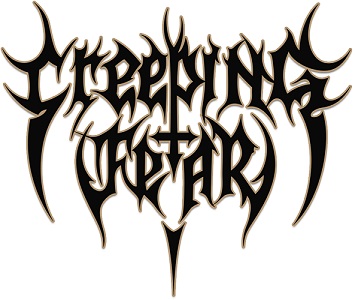 Who said France had nothing to say about Death Metal? Not Creeping Fear for sure.

Created in 2010 by Clément Ducouret (guitar/vocals) and Gabriel Hammel (guitar), the band offers us today Hategod Triumph, its second album, after a line-up change that introduces Paul “Lithopedion” Saada on bass and Atc de Giotto on drums. 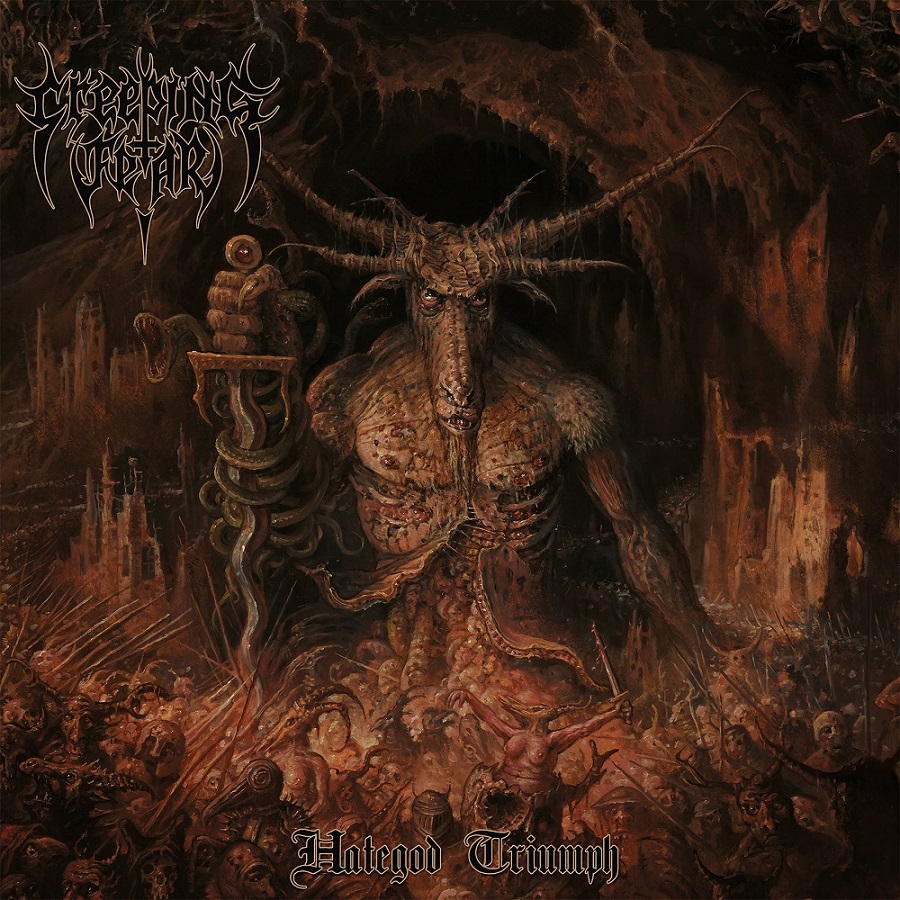 If their first demo showed that the band knew how to play Death Metal, their first EP confirmed their reputation inside of the country. Their amazing first album made them a spearhead for underground Death Metal, and Hategod Triumph comes to confirm their position as an international emerging band.
What do you expect of this album? Effective riffs, blast and cavernous howlings? There will be some. Raw sonorities, fastness and unholy sonorities? Say no more. If the band renews its partnership with Dolorem Records, it’s because they offer more than this. To their Old School basis that tends to Grindcore that we discover with Collapse, the band adds rage, fury and unhealthy dissonance, like on the powerful Hate Crush Consume, that will definitely be their new signature track on stage. The song is both simple and effective, but so dyed with their very own touch, like Deceitful Tongues and this so haunting and dark break.
Hategod Triumph, the eponymous track, confirms that the band’s effectiveness isn’t to prove again, but also that the ambiance they create is both apocalyptic and ravaging, while reminding us the swedes’ beloved HM-2. Wearing the Skin of the Wicked is faster and sharper at the same time, while keeping those greasy aggressive sounds and this characteristic acceleration to the style. Unsurprisingly, We Belong to the Crypts is a darker song full of unholy energy borrowed to Black Metal, and the sound which is sometimes broken offers an undescriptible strength. The band also offers a mysterious dissonance on Summoned in Hellfire’s Blood, then it’s From Wombs to Battlefield, one of the rawest song that closes this album in the purest tradition of Old School Death/Grind.

If you’re into Death Metal, you will like Creeing Fear. If the band offers strong Old School tones, Hategod Triumph is also full of unholy, dissonant and violent sonorities that draw into Black and Grind without contrasting.