Trollfest comes to save us from gloom. 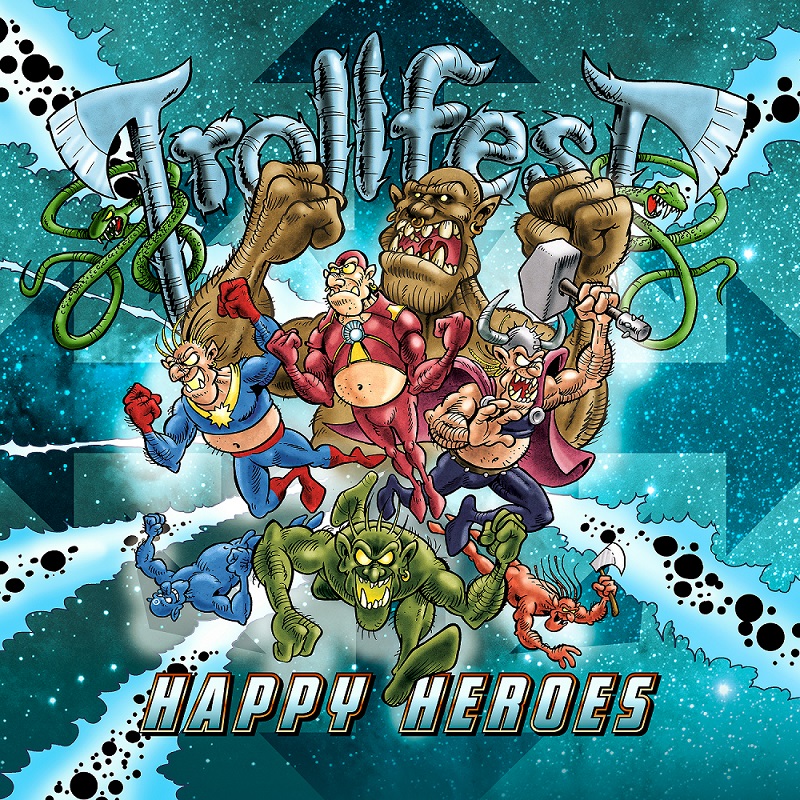 If you followed Trollfest’s musical direction for some years, you already know that the band melts a solid Black/Folk with more… let’s say cheerful influences. Happy Heroes, the first song, immediately throws us in this quite bipolar universe with super powerful vocals, a motivating rhythmic and those very joyful Folk instruments, offering something to tear a pit of the band’s lovers apart, as well as newcomers. Choruses are federative, and the band knows it.
But the musicians are also known for their as crazy as effective covers, and that’s with Cartoon Heroes, an Aqua cover, that the band continues. Helped by Miriam Renvåg Müller (aka Sfinx, from Ram-Zet, Viper Solfa…), the eight musicians develop a fast-paced basis full of cheerfulness, followed by Don’t Worry Be Happy, a cover of Bobby McFerrin. Don’t let yourself be cheated by this festive introduction, because howlings quickly come back for a storm of violence before Happy, cover of the famous Pharell Williams’ track. Once again, the band adds its festive and heavy touch to this composition everyone knows to add it to its universe.

Short but effective, this new EP proves that Trollfest still knows how to handle covers. Happy Heroes stays in this parodic universe developed by the band, while crushing its joyful and catchy style, on which festivals could count on as soon as possible!