Legends never die, and Artillery is part of them!

Created in Denmark in 1982, the band takes a break between 1993 and 1998, then between 2000 and 2007 before imposing themselves again into Thrash Metal. In 2021, Michael Stützer (lead guitar since 1983), Peter Thorslund (bass), Josua Madsen (drums), Michael Bastholm Dahl (vocals) and Kræn Meier (guitar) release X, the band’s tenth album. 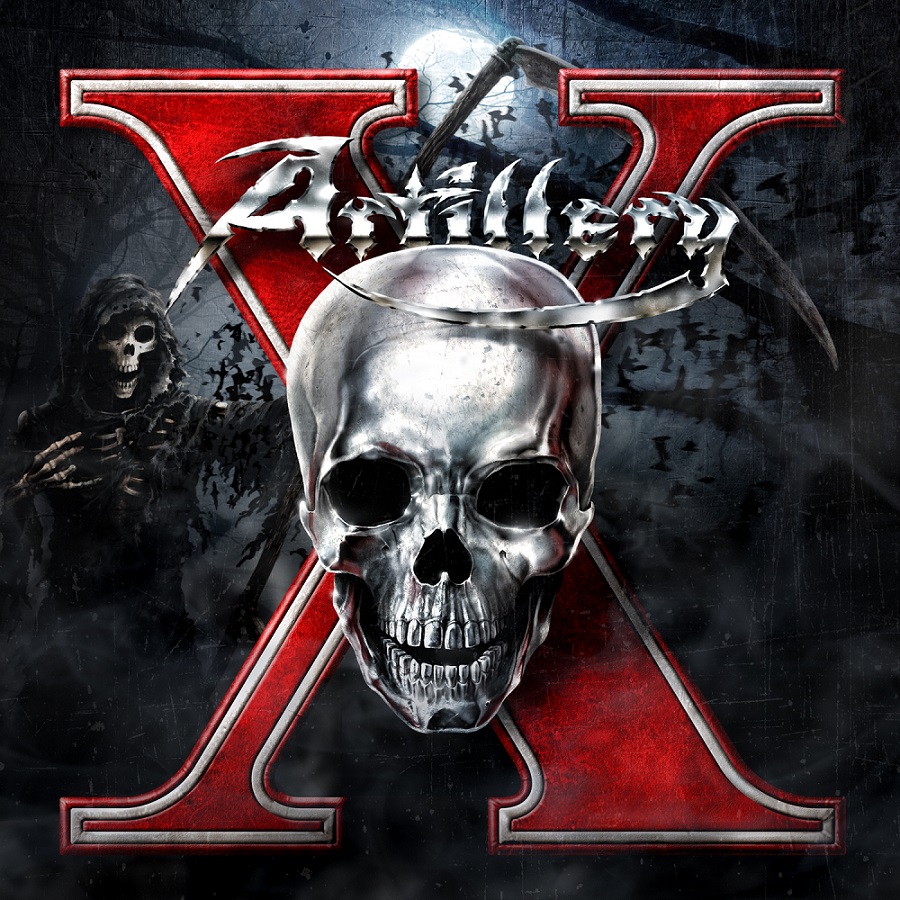 Eleven sharp songs, beginning with The Devils Symphony, a song with a strange introduction that will be quickly replaced by fast and shining riffs. For those who still have a doubt, the band plays Thrash Metal in its purest tradition, accompanied by very motivating high pitched vocals, that continues on In Thrash We Trust, some violent hymn to the style. If some parts more Heavy-orientated can be heard, the band doesn’t hesitate to use a solid rhythmic, backing vocals and screaming leads to make us understand violence animates them, as well as on the motivating Turn Up the Rage. The song is vivid and places vocals on the front line while offering federative riffs before Silver Cross, a very Heavy driven song, but still very effective. Instruments are highlighted by the mix, offering some interesting parts before In Your Mind, a composition that knows how to alternate aggressive warlike rhythmic and a very catchy chorus with soaring parts.
The band continues with The Ghost of Me, a melancholic and melodic Power ballad that contrasts a lot with the others compositions while being still interesting, then Force of Indifference reconnects with pure aggressiveness thanks to sharp riffs. Energy is palpable on this federative song, then the band offers Varg I Veum, a composition that melts both the rhythmic’s rage and the quieter side of choruses while being quite heavy, especially on this oppressive final part before Mors Ontologica. If you’re a newcomer into Thrash Metal, just listen to this song that borrows as much to Old School tones as on a ballsy Heavy Metal, while offering the best of both parts. The end of the album is coming with this metallic bass sound on the catchy Eternal Night, a very Old School song that will make us easily nod, then Beggars in Black Suits, a song that makes us want to furiously headband during the rhythmic, then to scream with the vocalist on choruses.

Artillery doesn’t change its recipe, and it is still effective. X continues the band’s adventure, playing on its Old School Thrash roots while adding some more Heavy parts to offer compositions on which we will headbang all year long.