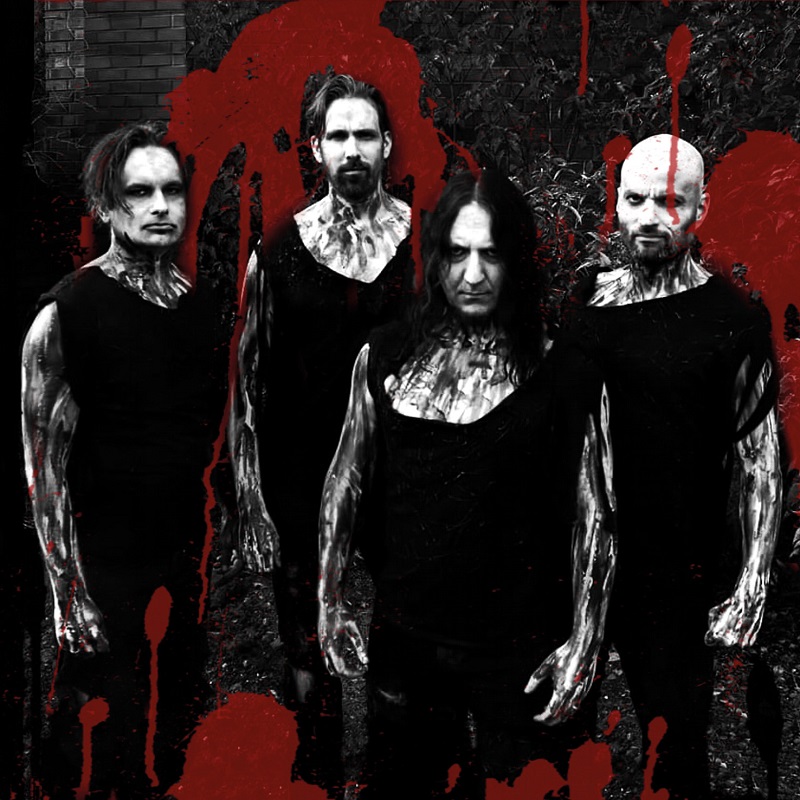 Arkadius Antonik, guitarist, singer and founding member of the german band SuidAkrA, took time to answer some questions about the release of Wolfbite, the band’s fifteenth album.

Hello and first of all thank you very much for your time! Could you please introduce yourself and the band SuidAkrA please?
Arkadius Antonik (guitar/vocals): SuidAkrA is a Celtic Metal band, the members of which are now mostly from Hamburg and the surrounding area. Founded in 1994 under the name Gloryfication, we can now look back on more than 27 years of band history with 15 released albums and over 500 shows played around the world.

The name SuidAkrA comes from your own name, Arkadius, but spelled backward. Where did this idea come from?
Arkadius: The band name has its origin in a common round of all band members a long, long time ago :-). At that time we all just started reading our first names backwards and when we arrived at my place, Arkadius, the word “Suidakra” suddenly appeared in the room, which we liked and which still exists today.

Wolfbite, your fifteenth album, will be released on June 25th. How do you feel about it? Do you already have some feedback?
Arkadius: The feedback or even better the reactions and expectations of the new album that we have noticed so far are more than positive. We were a bit surprised and impressed by the many reactions to the upcoming release, as we started with the 2018 acoustic album Cimbric Yarns followed by the 2019 re-recording of old tracks Echoes Of Yore, the last standalone metal long player with Realms Of Odoric in 2016. In addition, due to the global Corona situation, there have of course been no further concerts for a long time. But maybe that is the reason for the many positive reactions, expectations and feedback to the final release of the new record, which we are of course very happy about!

What is the story behind this album?
Arkadius: Wolfbite is another concept album based on the soundtrack project Realms of Odoric by Kris Vervimp and me. While the album of the same name Realms Of Odoric, released in 2016, was devoted to the First Age, with Wolfbite we now fully turn to the Alaric story and the Second Age album. As another counterpart, so to speak. Kris Vervimp redeveloped the lyrical concept, backstory and design and once again did an amazing job.

How does the composition process happen? Do you notice an evolution from the previous albums?
Arkadius: Of course we benefit from the experience of the last 13 years, so the songwriting phase is much more effective now than it used to be. We know exactly in which direction we have to compose and what is important to create a certain atmosphere. 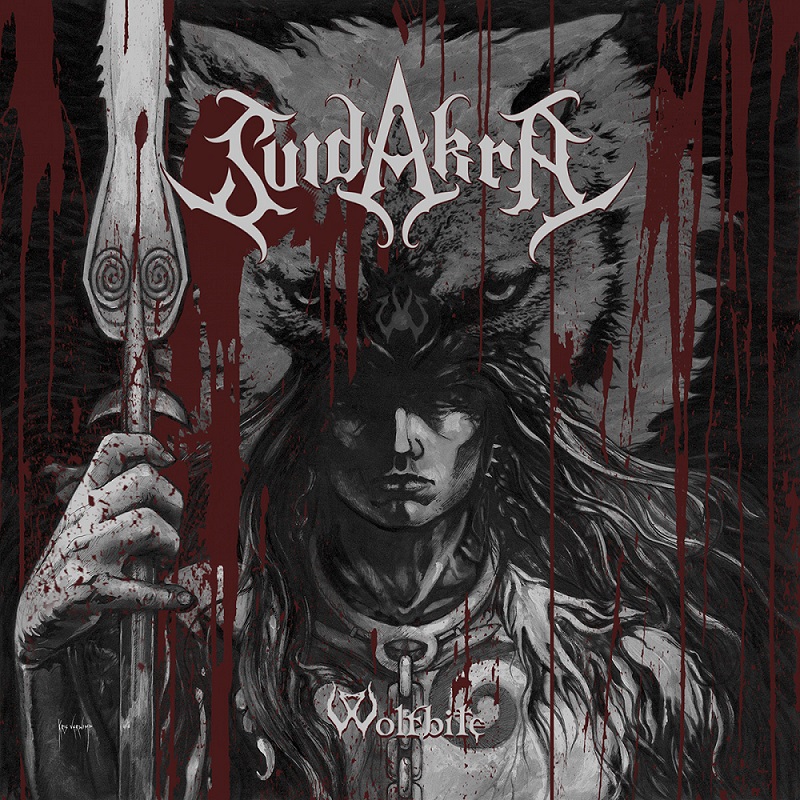 You collaborated with producer Aljoscha Sieg, how did this collaboration happen?
Arkadius: Due to family obligations, work-related peculiarities in each of us in the band as well as the distance between us, we were looking for a simple, flexible and at the same time not detrimental to the quality of the production option and an alternative to a « conventional studio », a new One Work album. Quite quickly we came up with the Pitch Back Studio and Aljoscha Sieg, whom we know from old times. Its musical references simply blew us away and we thought it was absolutely fitting for our upcoming album Wolfbite. We saw a great advantage, among other things, in being able to play, and edit all of our parts flexibly at home in our own home studio. We were able to exert maximum influence on the recording and the quality of the playing of the entire songs. In a “normal” studio, the timing is precisely timed and a tight framework is given. Changes, ideas and adjustments are only possible to a limited extent. Now we could work on every little bit of a song for as long as we wanted until we found it perfect. Aljoscha and his team then achieved an absolutely fantastic result in the following mix and master, with which we are more than satisfied! The cooperation was just really great! Insanely uncomplicated, extremely professional and the end result will definitely blow the listener away, I am convinced of that!

There are many guest musicians on Wolfbite, how did you ask them to participate to this album?
Arkadius: Most of the guest musicians have already worked with me on the previous albums or on my Realms Of Odoric project. That’s why it was easy for me to ask all of them and since we have worked together successfully in the past, it was clear from both sides that we would work together again on Wolfbite this time.

Wolfbite has in my opinion a perfect balance between heavy rhythmic parts, catchy melodies and Folk ambience, how do you manage to build such a universe?
Arkadius: If you’ve been making music for 25 years and previously released 13 albums, then you know exactly in which direction you have to and can compose. The story behind the album also gives a direction and I always try to find a perfect balance between different musical elements.

At the beginning, your music was a bit darker, did your inspiration evolve over time? What does inspire you now to create your music?
Arkadius: Yes, it was bands like Blind Guardian, Satyricon, In Flames or Dissection in the beginning, so that has changed over time and I orientated myself less towards other bands and more towards my own sound and the lyrical concepts of the albums.

The band was created in 1994 and you are the only original member, did you ever think the band will last this long?
Arkadius: Never, I never thought so far into the future, only about the next album. And if you think how many bands there were in the beginning that started with us and now many of these bands don’t exist anymore. I am more than proud of what we have created with SuidAkrA. 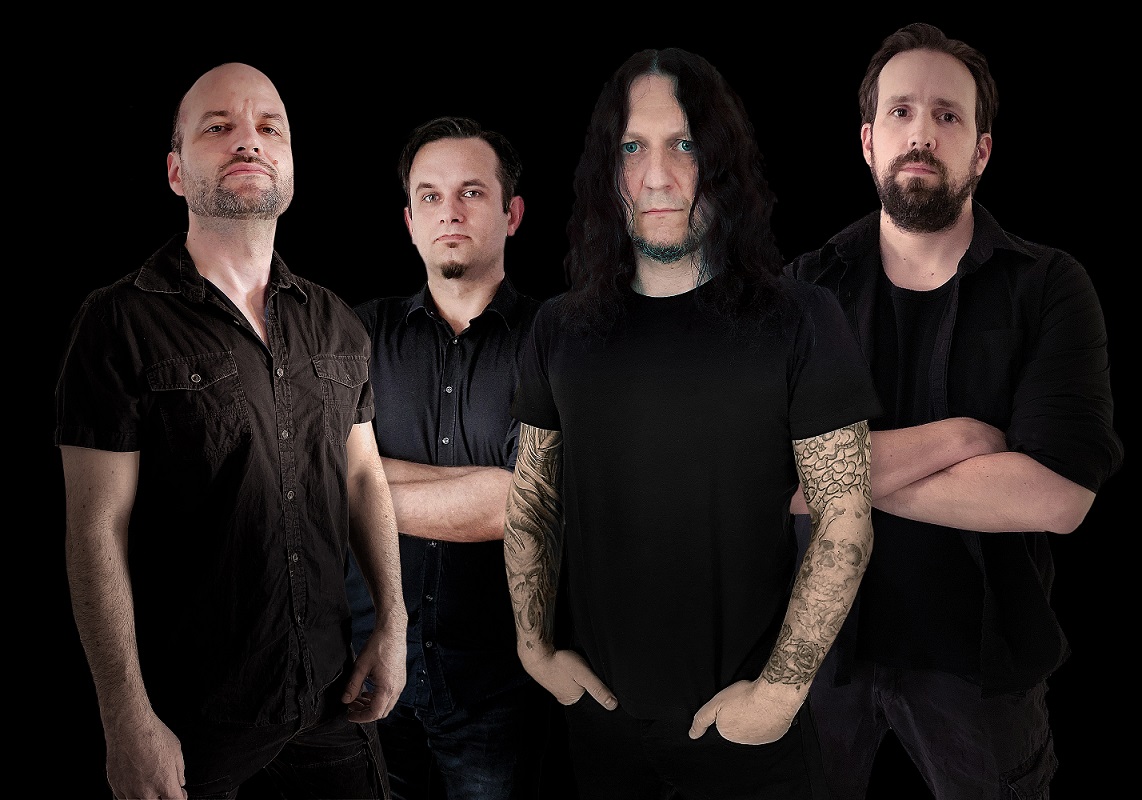 I know that it’s hard to plan anything right now, but do you have something on the way for the album release? Or for the band’s future?
Arkadius: You’re right, it’s not easy right now. I just hope that the fans who have been so loyal to us over the past few years will find the album as good as we do. Otherwise I don’t worry too much.

How did you discover Metal music back in time? What about Folk Metal?
Arkadius: I got into metal as a teenager via AC/DC and Metallica and our guitarist at the time brought the folky touch into the band.

Do you remember the first time you played an instrument? When and how was it?
Arkadius: Yes it was a guitar, I always wanted to play the guitar because I was a fan of Angus Young, but unfortunately it wasn’t what I had imagined. I would have loved to play a solo right away, but that took a few more months hahaha.

I know that Germany is a Metal country, and that SuidAkrA has been part of the Metal scene since a long time now (I am only one year older than the band!), but did you feel any evolution about the Metal scene?
Arkadius: The scene is always evolving and changing. I think that’s a good thing in every music scene because it’s a development and ensures that new bands and new styles emerge.

What do you love about your music that you cannot find in other band’s music?
Arkadius: The mix between hardness and folk. With SuidAkrA I can make exactly the music I want to hear myself

Do you have hobbies aside from music? Do you also have a job, or does your music income allow you to live?
Arkadius: Oh I have a lot of hobbies, like gaming, American football or just watching movies. And I also have a regular job cause making music for living is nearly impossible. But I am very happy about that situation.

What is your best and your worst experience as a musician ever?
Arkadius: There were too many to mention. Being in a band sometimes is a rollercoaster of feelings. But I wouldn’t say there is that ONE specific good or bad experience.

Maybe you already heard about the french Metal scene? Which French bands do you know?
Arkadius: Of course Gojira comes into mind right away. Immediately afterwards the band Alcest, whose song Sur L’Océan Couleur De Fer by the way I just heard again yesterday.

What if I ask you to compare SuidAkrA’s music with a dish? Which one and why?
Arkadius: Puh hard to say. At least a dish with a lot of different ingredients.

Last question: which bands would you love to tour with? I let you create a tour with SuidAkrA and three other bands!
Arkadius: To be honest this is a tour we’ve already did and I would like to repeat it. It was the tour with Children Of Bodom and Soilwork. I think I would add Blind Guardian to the line-up. That would be perfect.

That was the last question for me! Thanks a lot for your time, last words are yours!
Arkadius: Thank you for that interview! Check out the new album Wolfbite and keep on bangin’!