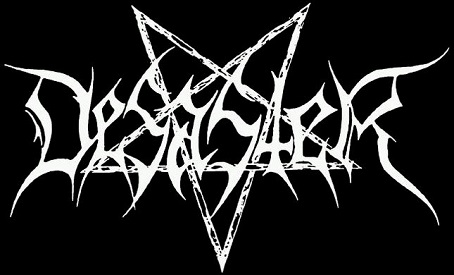 After five years, Desaster is back with its ninth album. 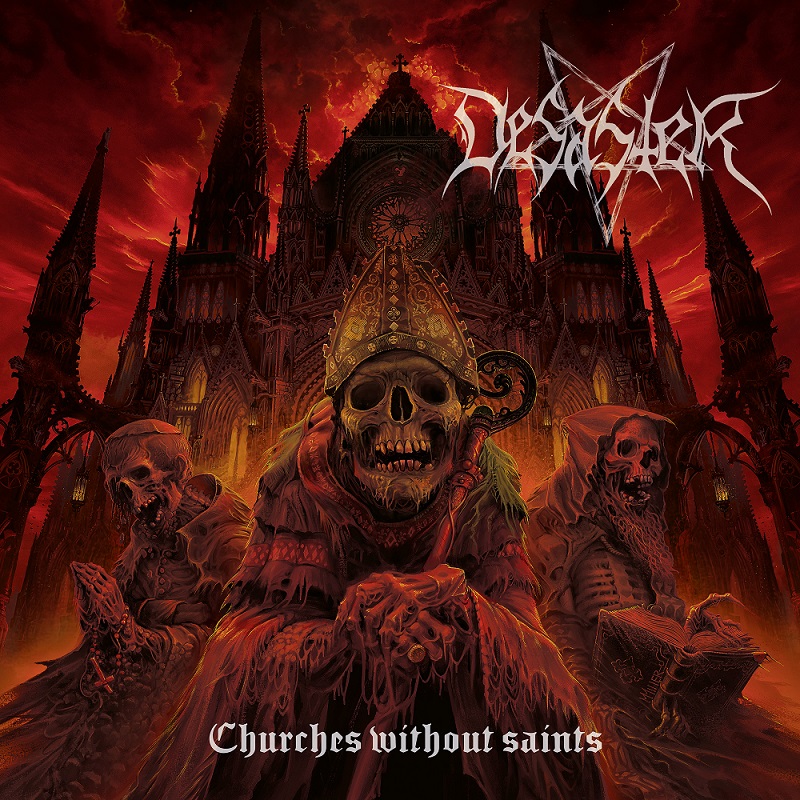 Helped by Marcos Miller (Decimator, Horror Chamber, Verthebral…) for the artwork and Jan « Janosch » Gensheimer (producer of Disbelief’s album The Symbol of Death) for recording, mixing and mastering, the band begins its album with The Grace of Sin, a quite melancholic song. But this quietness won’t last, because Learn to Love the Void throws the band’s Old School Black/Thrash riffs in our face. Aggressiveness, bitter riffs and hooking patterns are here to catch us in their unhealthy universe, like on Failing Trinity, the next song. We also have those jerky riffs that fit to the style, while Exile Is Imminent offers a quieter first part before this energetic final part that flirts with Death Metal, then Churches Without Saints continues on this haunting and ambient slowness that gives the song a very special taste, and that makes it wear mystical tones.
Pure violence surfaces again with Hellputa, a quite short and vivid song that picks into very Thrash patterns to deliver all its strength, then Sadistic Salvation pours all its rage in our face. Even when what seems to be the final part, intensity doesn’t late to come back, while Armed Architects of Annihilation develops an oppressive ambience before delivering sharp and dark riffs that make more than one skull nod. The band comes back to Black Metal roots with Primordial Obscurity, a composition with an oppressive and suffocating ambience that progressively wears dissonant and aggressive tones, then the band offers Endless Awakening, a long composition with an airy and heavy ambience. Riffs won’t take too much time to bring this fix of raw and unhealthy sound. The final is more brutal before Aus Ache, a clean sounding mesmerizing outro, to close the album.