Eisregen is back, accompanied by Goat Funeral, its alter ego, for a split named Bitterböse.

Composed of the same members, namely Michael “Blutkehle” Roth (vocals) and Ronny “Yantit” Fimmel (aka “Isaac Goaten”, instruments), comes to light in 1995 and now sums fourteen albums, while Goat Funeral is born in 2006 and only released one full-length. We also have M. Stock (Empyrium, The Vision Bleak…) on bass as well as mix/mastering. 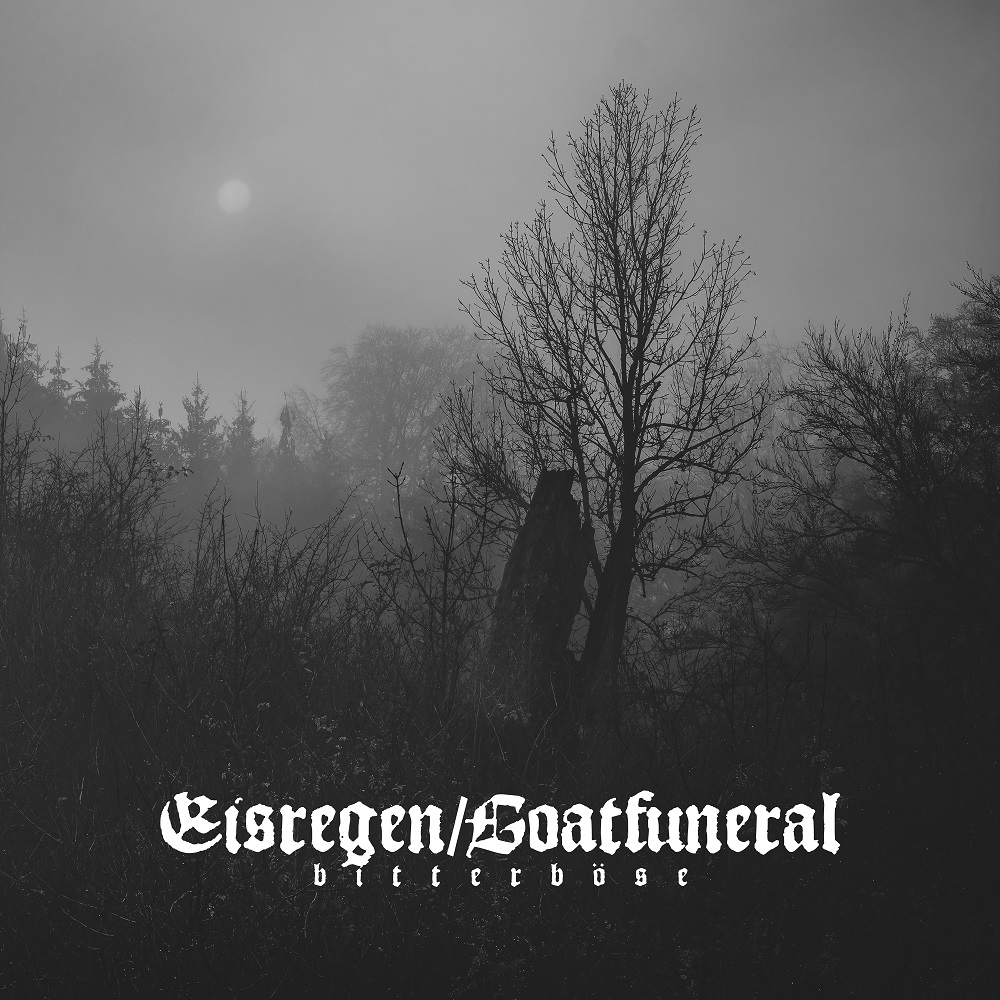 Eisregen begins the fight with this Black/Death sound with Gothic influences for the six songs. Whether Sei mein Totenlicht offers a worrying but seizing sound, violence will quickly surface for some heavy riffs, while the vocalist’s morbid screams participate to this oppressive ambience, then Bitterböse offers a sharper and faster rhythmic before giving birth to heady harmonics. Ein Pfund Fleisch stays into dark but majestic tones thanks to orchestrations and theatrical vocals, then Heute ist Krüppelnacht melts some kind of melancholy to this visceral and violent universe. The ambience changes with the catchy Nur eine weitere Leiche im Wald, a quite airy, melodic and accessible composition, then AM Ende comes to close this part with a gloomy sound.
Whispers introduces us to Hellfire Club – For Members Only, Goat Funeral’s first song, accompanied by pure Black Metal riffs, that will finally accelerate, animated by an unhealthy energy. A Spoon Full of Peace comes next, offering a solid rhythmic inspired by the style’s roots, then melodies take over before Antisocial East-German Black Metal, a very short and violent composition. Way Home melts impressive riffs with a seizing melancholy for a composition with interesting and captivating contrast, then Dunkeldeutschland provides catchy but dark and aggressive sonorities. Satan Calls comes to close the album with as motivating and energetic as unhealthy riffs, but also a surprising final.

Even if they’re animated by the same persons, Eisregen and Goat Funeral are two entities with their very own personality. Bitterböse proves it once again by offering very interesting songs for each project, allowing us to enjoy both universes in a single release.