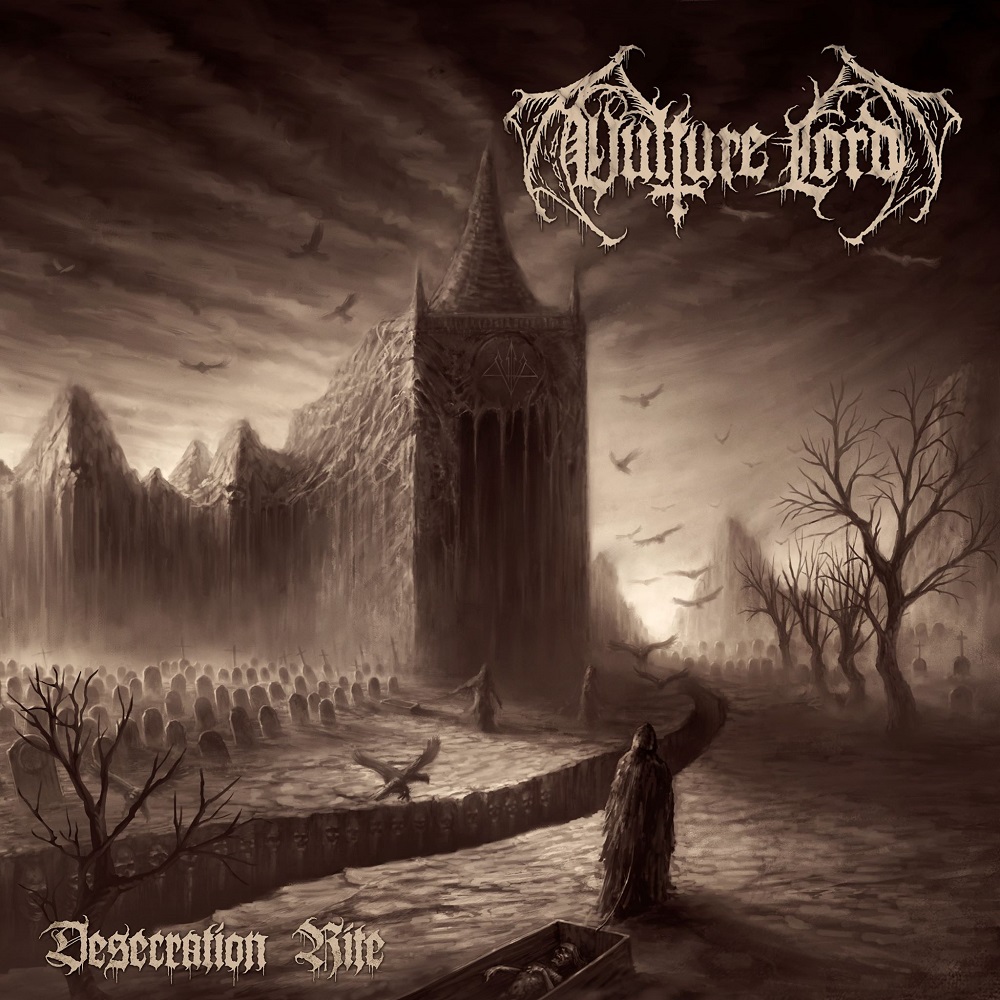 The album begins with the frightening Glorification Of The Dethronation, an introduction made of a sample and an oppressive sound that throws us with violence on Bloodbound Militia, a fast and incisive composition. Riffs pick into an Old School Black/Thrash with unholy influences and hellish leads, like Stillborn Messiah, a very warlike song. Quite long, it will make us live this intense assault under a permanent blaze, before The Vulture Lord comes next. Once again, unhealthy howlings and the hooking rhythmic full of piercing leads go together, offering some dark energy spurts, then the tempo accelerates on Diabolical Intervention, a song made of visceral and unhealthy rage. Prepare the Coffin stays into those aggressive but very catchy tones, sometimes offering a bit of dissonance, then Beneficial Martyrdom unleashes more technical harmonics to fill an effective and a bit slower rhythmic. Burning The Kingdom Of God picks again into an aggressive and energetic pattern surmounted by a dose of piercing blackness, then the album ends with Perverting the Bible, a long bloody composition that will honor violence, hellish leads and blasphemy.

With this album, Vulture Lord shows us they are ready to conquer death. Desecration Rites is a violent and incisive album that will find its place into the Black Metal landscape.