Pestilence continues to write its legend. 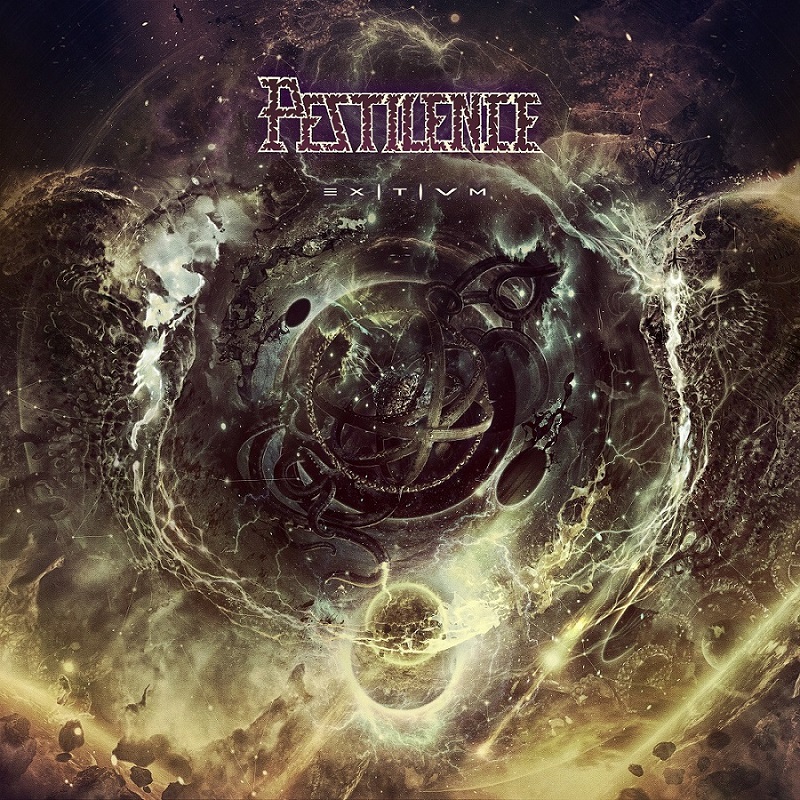 Known for their explorations of several shades of Death Metal, Pestilence decided to reconnect with their Old School roots, in addition to some Prog/Technical touches, beginning with In Omnibvs, an oppressive intro. Epic sonorities give birth to Morbvs Propagationem, an aggressive composition that sets the vocalist’s howlings and sharp harmonics on the front line, while the solid rhythmic will make us nod. Leads grab us to the throat, like Deificvs, a quite dark song with explosive energy. The jerky rhythmic let place to Sempiternvs, a heavy song with catchy groove, but technical part won’t late too much to surface again, sublimates by a perfect mix. Raw tones also stand out of those fast-paced riffs, like on Internicionem, a song that offers soft orchestrations, then on Mortifervm, a very dark and frightening composition.
The band continues to play between strength and majestic blackness with Dominatvi Svbmissa, an infernal song that lets each instrument express itself, but also with Pericvlvm Externvm, a more martial song. Riffs are incredibly catchy while tasting blood and being explosive, just like the vocalist’s howlings that keep this rocky tone. Inficiat stays into this melting of heaviness and extremely catchy tonalities, while injecting some technicality spurts. Exitivm adds some raw backing vocals and sharp leads to this oppressive heaviness, then Immorvos spreads a last dose of rage with technical and Old School accents, and the last riffs and harrowing orchestrations leave us on Personatvs Mortem, a gloomy outro with worrying sonorities.

Pestilence may indeed have changed its line-up, the band is still in good shape. Exitivm confirms this comeback to the roots the leader announced, while offering rich, strong and interesting compositions that will speak to longtime fans as much as newcomers.