Created in 2000 by Teddy Möller (guitar/harsh vocals, formerly main vocals) and Niklas Kupper (guitar/backing vocals), the band recruits Lawrence Dinamarca (drums, Carnal Forge, Manticora, ex-Nightrage) in 2010, Patrik Janson (bass, The Murder of My Sweet) in 2018 then Jonas Radehorn (vocals, The Citadel) in 2019. Opus Ferox – The Great Escape, their eighth album, is scheduled for 2021. 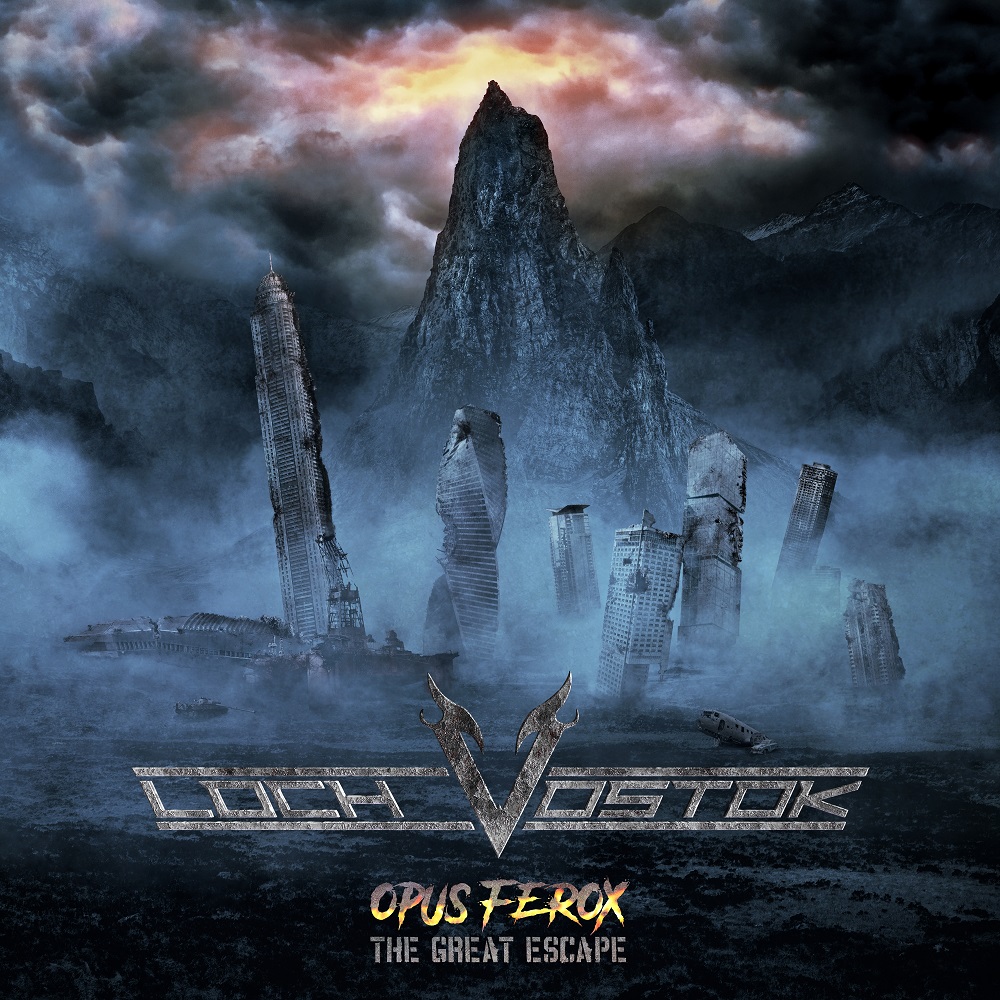 Do not try to label Loch Vostok’s music. We begin with The Freedom Paradox, a song with a Progressive Metal basis, on which the band offers energetic riffs, modern orchestrations, some seizing intensity and vocals with two shades. Whether clean vocals are the main voice, choirs and screams are also part of the bill, like on Enter the Resistance, a catchy song with quite motivating sound, which is sometimes majestic and heavy. The Glorious Clusterfuck offers an interesting contrast between a warlike but sometimes dark rhythmic and very soft tones, then the band goes on Disillusion, a more melancholic song. The song is quite soaring, but still has some dark parts, while Galacticide wears some epic tones and melodic parts.
When the Wolves Have Eaten Everything reconnects with an attractive groove and pure Prog technical patterns, but the band also adds some seizing and mystical tones, then Generation Fail offers a rawer violence, with mainly fierce blast parts. Howlings are also here, as well as energetic and fast parts, then Seize the Night comes to ease the atmosphere again with a ballad with catchy sound, before leaving us on the intriguing The Great Escape. The song goes back to this very Prog oriented basis with dark and soaring accents that does not hesitate to pick into Power and Death Metal, then Save You brings this intriguing touch to the sound with heady and hooking melodies. The song will end on an intense explosion of violence, then the album comes to its end with Black Neon Manifesto, the long bonus track. The composition literally gathers every aspect of the band’s universe, whether it is majestic parts, violence, blackness or catchy parts.

Even after changing their singer, Loch Vostok is in good shape. Opus Ferox – The Great Escape is a very diversified and rich album that shows an explosive creativity, but also intense mastery and coherence.