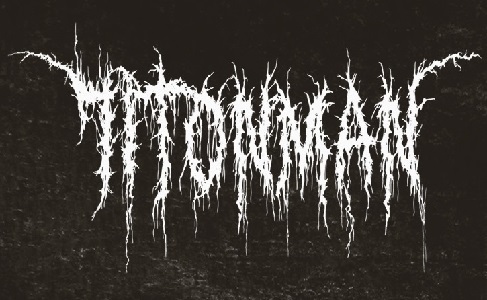 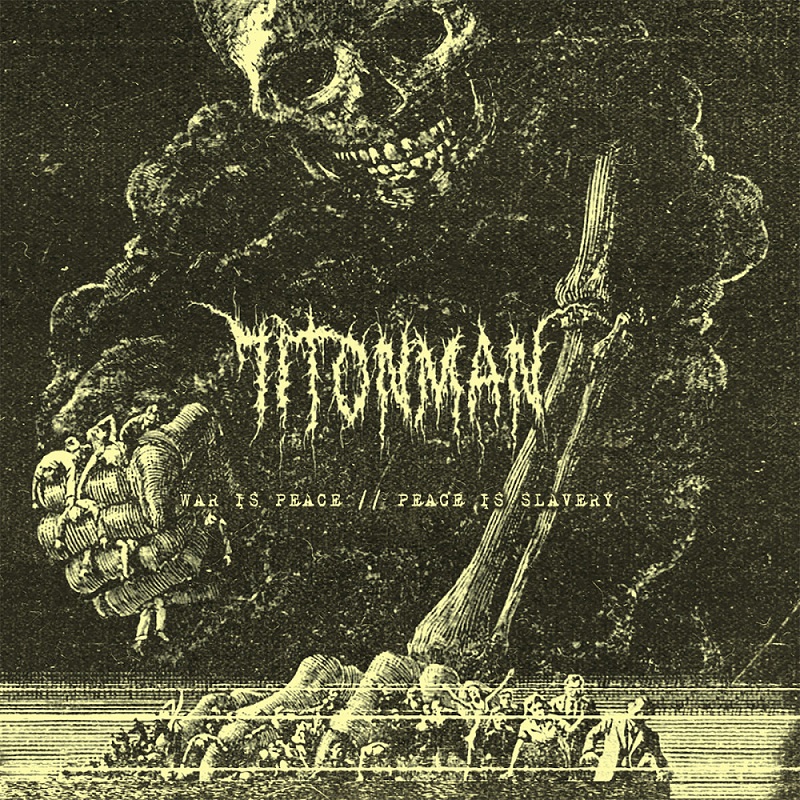 During three songs, the band unveils a heavy and oppressive universe that we discover with War Is Peace, a saturated and slow song that won’t hesitate to get strengthened with massive howlings as well as this dark and unhealthy groove. Harmonics take place on this layer of greasiness, then Peace Is Slavery comes to assault us with some airy dissonance. The dark energy wears warlike hypnotic sonorities, lumbering vocal parts and larsens to create a saturated storm before Ignorance Is Strength, the last song. This song will be surprising for more than one, because it has no saturation, neither riffs, but samples, noises and a terrific ambience that close the EP with a feeling of anguish.

71TonMan is not an accessible band. War Is Peace // Peace Is Slavery isn’t a basic Sludge/Doom EP. The band spreads a dark and weighing sound to make us understand they’re back.