It took ten years to Mannveira to announce its first album. 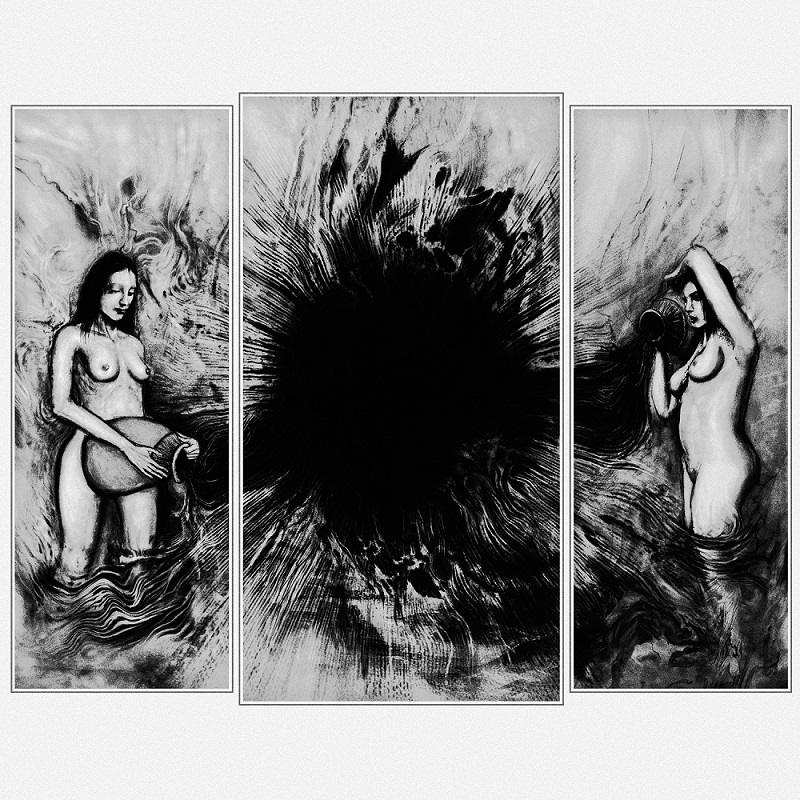 Helped by Þórður Indriði Björnsson (Endalok, Hræ, Naught…) for the artwork, the five musicians come to offer more than half an hour of their gloomy, ice-cold and dissonant universe. We begin with Ópin rjúfa þögnina, a short and abrasive composition that places raw howlings on an as disturbing as aggressive rhythmic, then Í köldum faðmi offers more airy and oppressive elements, even picking into tribal sonorities to increase its blackness. The song is long, and it allows the band to create a progression and a contrast between pure brutality, haunting elements and a painful melancholy, just like on Vítahringur, a mesmerizing track. Slowness let place to an unhealthy liveliness, offering an unholy energy and a cadaveric strength before a slower final, then Framtíðin myrt comes to shroud us into this veil of dissonance, also offering a ridiculously catchy groove, while staying mysterious. The song is very dark, but it allows some airy parts appear before the heady and oppressive Kverkatak eilífra martraða. This last song increases unhealthy influences the band offered and melted until now to create a peak of blackness before leaving us after a ghostly ending.

Mannveira celebrates its tenth birthday with an oppressive album. Vitahringur is ironically as dark as heady, as deep as aggressive and as seizing as black. Do not miss it.