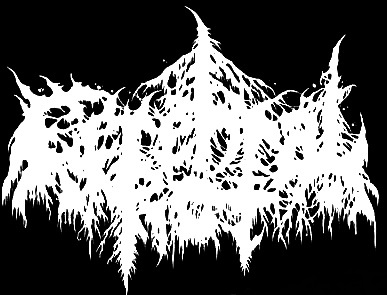 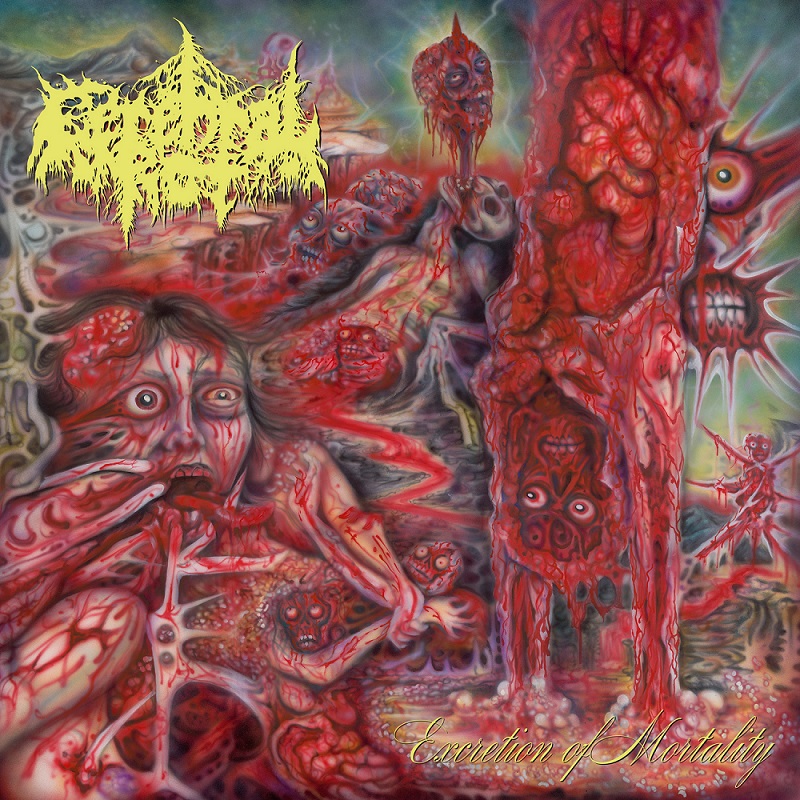 The band stays true to its putrid and greasy Old School Death Metal, offering hooking and heavy riffs, wonderfully served by a mix that thickens the melting, while allowing an important place to sharp leads and morbid howling. Whether all songs are built on the same basis, we recognize some epic and heady influences on Excretion of Mortality, as well as a slow and heady groove on Vile Yolk of Contagion. Spewing Purulence’s energy ensures the band some motivated headbanging sessions, the leads will come to rage our head, while Bowels of Decrepitude will carefully crush us under this massive and raging sound. The greasy riffs accelerate to give fast-paced leads an explosive basis, then the band slows the tempo down with Drowned in Malodor and its impressive rhythmic. The band continues to move forward while rolling over us with Retching Innards, a quite groovy song that smells death and grease, then the album ends on Crowning the Disgustulent (Breed of Repugnance), a eleven minutes song. After a worrying introduction, the combo sticks to its reputation and spreads rage, acrimony and super hooking greasy riffs.

For Cerebral Rot, the best Death Metal is cooked in the oldest pans. Excretion of Mortality annihilates every kind of delicacy and commes to dutifully smash us with seven heavy and groovy tracks, before allowing us to breathe then they crush us more.