Created in Finland in 1999 under the name of Mortifier, the band changes its name in 2000, releases some demos then its first album in 2006. Tapio Laitila (bass/guitar, ex-Alghazanth), Janne Keskitalo (vocals, Crippler), Ville Kivimäki (drums, 4.6), Jorma Muhonen (guitar, 4.6) and Riku Metsä-Ketelä (guitar/keyboards, 4.6) offer us today My Dystopia. 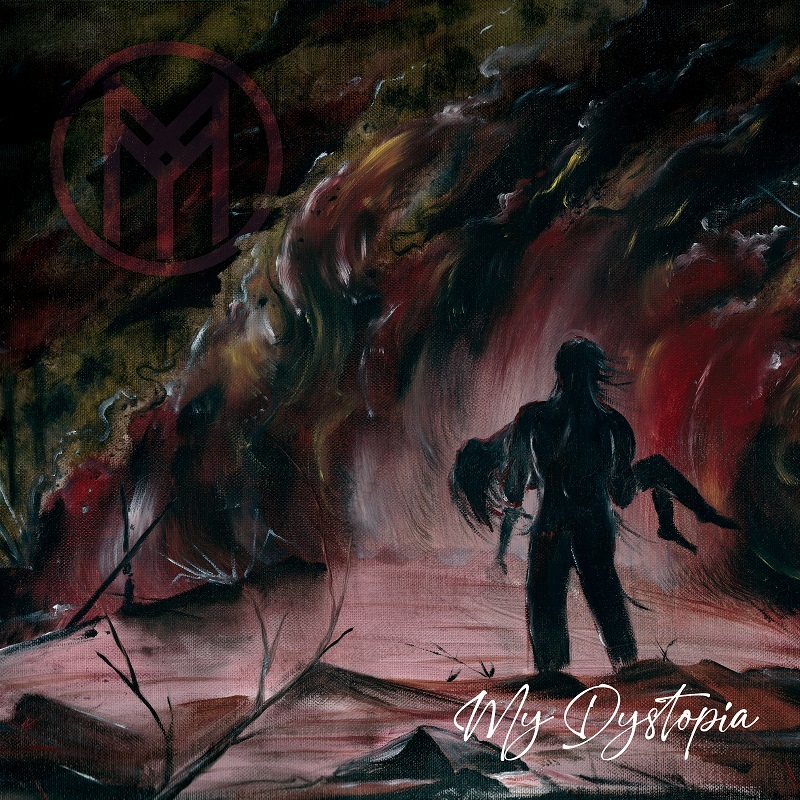 After being absent for fifteen years, the band decided to shade its Melodic Death/Thrash with very… diversified influences. So we have some strange and aggressive bipolarity supported by mysterious keyboards on Circus Called Life, as well as several vocal patterns that strengthen this effect, but also a quite unhealthy and oppressive liveliness on Jester’s Downfall and its cybernetic effects. Black Noise is slightly more “conventional”, spreading a quite melancholic rhythmic under screams and impressive Old School keyboards, then the band goes back to this mad dance with Plastic World, a song that mixes groove, jerks, omnipresent keyboards and epic leads. The output is disturbing, then the intense final with clean vocals supported by screams drive us to Spoiled, a worrying but still catchy composition. Some heady sonorities fly here and there while the band slowly strengthens its rhythmic, while they reconnect with strange keyboards on Misfortunate Phoenix, a highly contrasted song. Delete picks into dark sonorities melted to this unusual touch of madness developed by the band, closing their album on the harrowing Dark Waters, a quite weighing composition.

If you’re into unconventional and strange stuff, you’ll love Mortyfear. With My Dystopia, the band offers an interesting basis, melted to as diversified as opposite influences, and it creates some nearly organized chaos.