Created in 2014 by Rogga Johansson (all instruments, Paganizer, Ribspreader, Revolting, Stass, Megascavenger, Massacre, Eye of Purgatory…) and Ronald “The Master Butcher” Jimenez (vocals, Insepulto, Morbid Stench) between Sweden and Costa Rica, the duo releases an EP in 2015, followed by a split with Morbid Stench in 2017, then eventually In Extremis, their first full-length, in 2021. 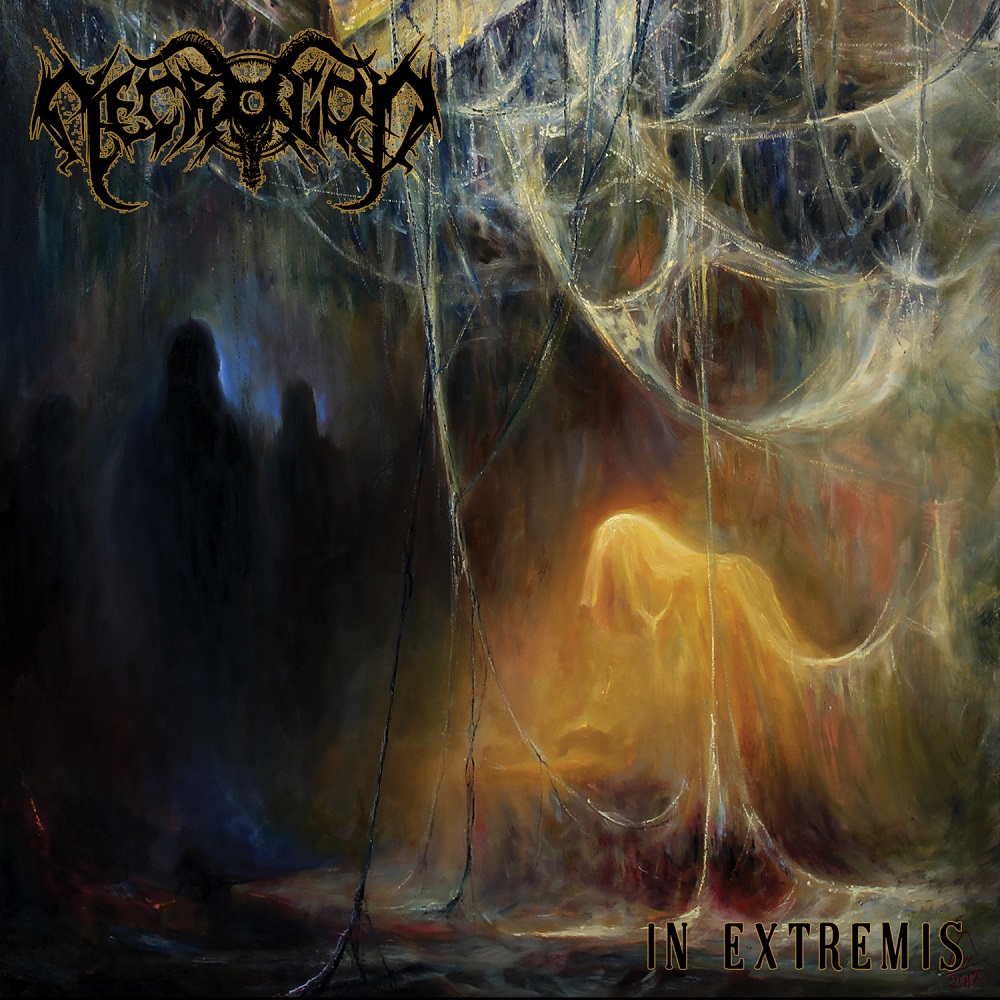 We begin with the blackness of Bringers of Blasphemy, an extremely unhealthy song with an impressive firepower. The instrumental part’s rage meets dark deep howlings, and the melting is fearsome, just like on In Mortal Confinement, a composition with a morbid groove. The song is incredibly catchy, then leads come to create an ice-cold ambience, while the duo focuses on raw strength with The Brutal Path (Straight To Hell). The song speaks for itself, while some of his haunting influences can be heard on Remain The Same Again. Slower and heavier, the song is definitively anchored in the Old School sound, then the tempo accelerates again with The Obsessive And The Deranged and its Death/Thrash bloody but energetic patterns. In The Reign Of Gore reconnects with this oppression cultivated by blackness, heady leads and audivite greasiness that permanently assault us, like on When Madness Has Taken Control, a song that also places shrilling harmonics to create a contrast with the thick and strong rhythmic. Moribund continues in this lineage of permanent bloody violence, then the album ends with Transcend To Persist, a more melodic and ambient composition than the others, between blackness and strength.

Whether it is blackness or raw strength you like into Death Metal, Necrogod knows how to handle it. In Extremis is an extremely hooking album that will sink us in this bath of blood and grease to drown us until the last moment.