Temple of Dread is back with Hades Unleashed, its third album.

The band was created in Germany in 2017 by Markus Bünnemeyer (guitar/bass, Thrashhammer), but the machine only starts off in 2018 when Jörg Uken (drums, Rumble Militia, ex-Nightfall) and Jens Finger (vocals, Slaughterday, ex-Obscenity) joined. Since then, releases are regular and hailed. 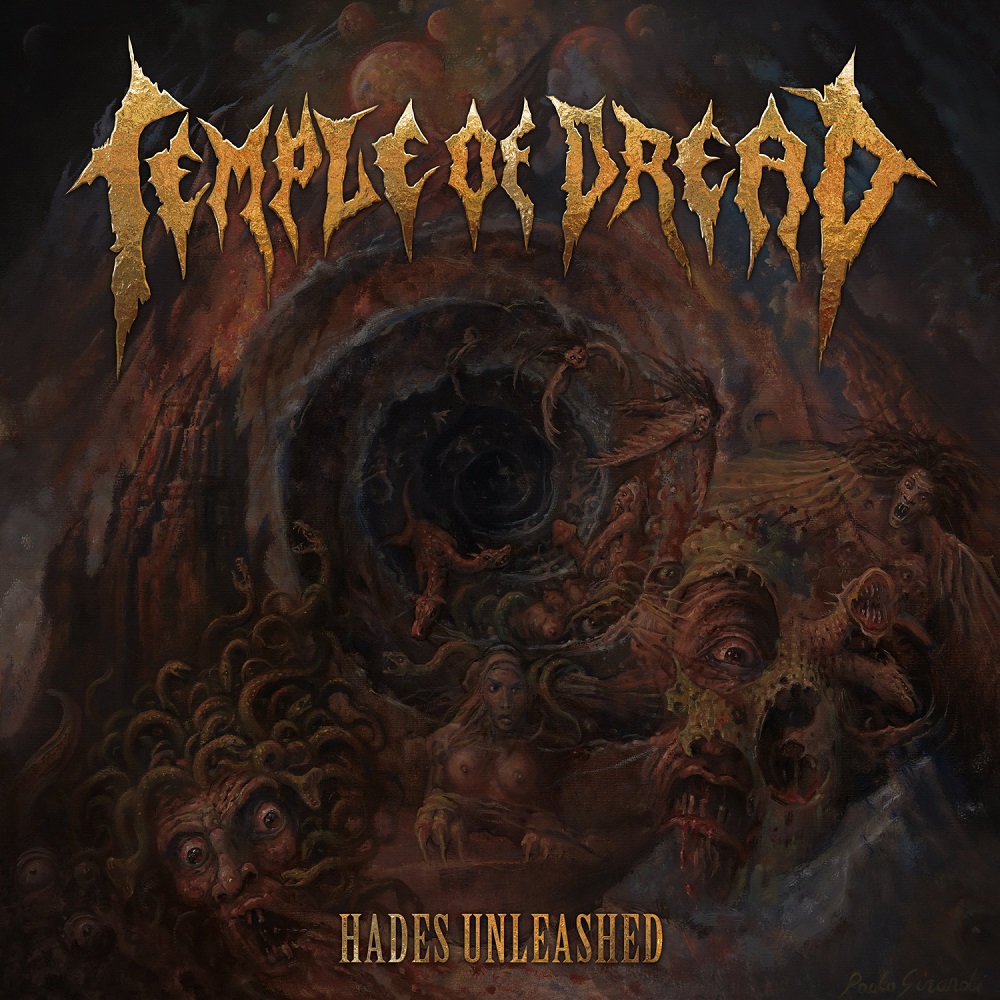 It’s on Aithon’s Hunger that rage comes to life, thanks to fast riffs that have a strong smell of Old School Death Metal. About vocals, we stay on this energetic but greasy voice, while leads bring a more dissonant and oppressive dimension to the song, then the band offers a more martial rhythmic with Necromanteion. The song still offers some worrying but catchy aspect, then Wrath of the Gods (Furor Divinus) unveils some Thrash influences for an epic melting. The band continues on Threefold Agony and its hooking as hell riffs that still pick into oppression and blackness, while pure energy surfaces again on Empyrean, a song with fast-paced riffs and killer blast. If the band want to see some crowd movements, it’s the song to play, followed of course by Crypts of the Gorgon and its explosive Old School influences. Nefarious, I stays into this energetic and aggressive combination with dissonant and abrasive riffs before Whores of Pompeii reignites blackness into this bloody and sharp Death Metal. This song perfectly embodies Death Metal’s spirit before closing the album over mystical chants of the haunting Procession to Tartarus, a composition that will sometimes accelerate to offer a heady and violent sound before coming back to this overwhelming languor.

While they play a very well-known style, Temple of Dread forges its own sound. Hades Unleashed obviously picks into Death Metal roots, but we sometimes have more energetic, more ambient or more greasy sonorities.