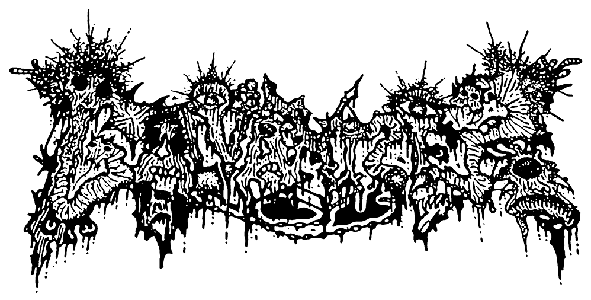 Galvanizer is ready for its second album.

Created in Finland in 2013, the band is composed of Vili Mäkinen (bass/vocals), Aleksi Vähämäki (vocals/guitar) and Nico Niemikko (drums) for the release of Prying Sight of Imperception. 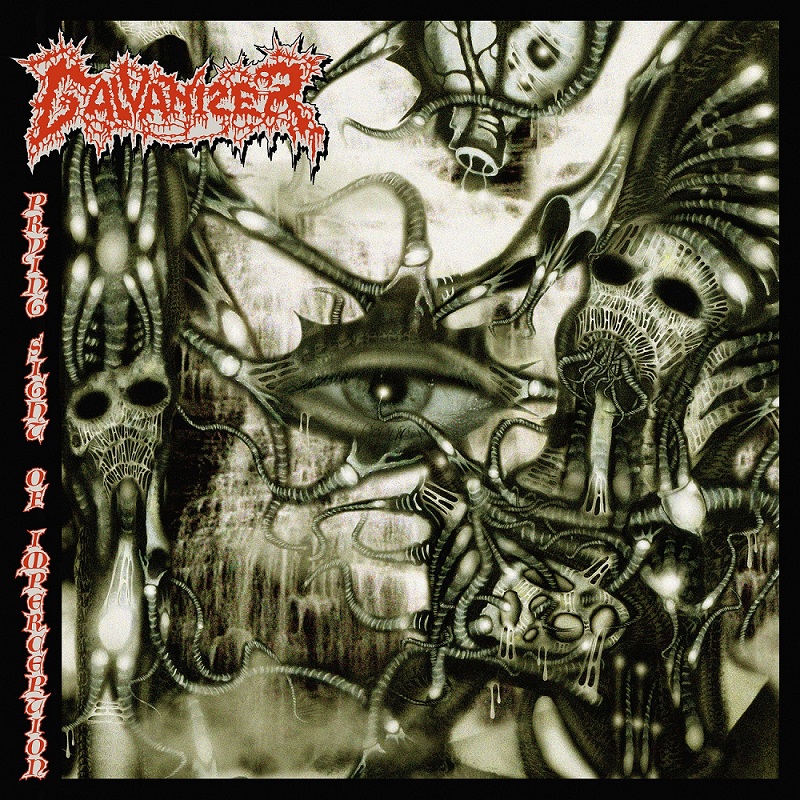 We begin with The Sanguine Legacy, a short morbid introduction that leads us to Servants of the Scourge, a song that focuses a lot on greasy and aggressive Old School sonorities. Energy is based on Grindcore, but soaring leads stay into those weighing sonorities, just like the vivid The Inexorable and its catchy patterns. Aggressiveness, violence and a powerful groove melt together to create this saturated sound that will also strike with Blaze From Within, a very greasy composition that plays on accelerations to develop its firepower. Chthonic Profanation continues with this pure violence that feeds this solid rage, then Grounds Above offers an energetic and raging groove before Dia De Muertos, a composition that shades its violence with heady and raw tones. The Ever-Crescent continues to spread this pure violence expression, while Grotesque Devotion plays on the permanent heaviness the song offers. We end on Of Flesh Unknown, the longest composition of this album, that melts Old School rage and this raw sound before a more airy final made of melodic but dark riffs.

With this second album, Galvanizer confirms the Old School influences that animate them. Between Death Metal and Grindcore, Pyring Sight of Imperception develops an energetic blackness rooted in the 80’s.